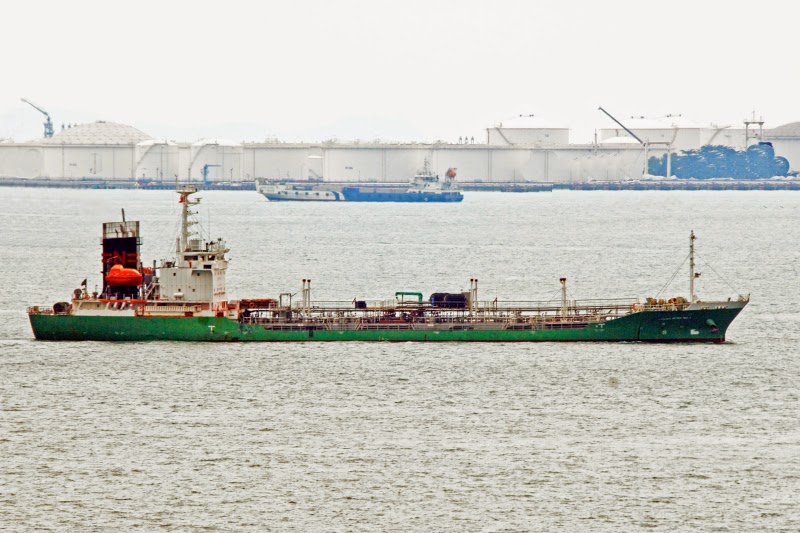 Everything appeared peaceful and normal at midnight, aboard Naninwa Maru-1, a Japanese tanker ship as it cruised along the Malaysian coast on the night of 16th April 2014, carrying Diesel oil to Myanmar from Singapore. Most of the crew members, who were of Indonesian, Thai, Myanmar and Indian nationalities, were fast asleep except for the ones, who were on duty. Around 1 AM one of the crew members could not believe his own eyes as he saw about five or six men armed men with a pistol and a (machete) suddenly appear aboard the ship. Before the surprised crew could offer any resistance, pirates subdued and tied up the crew, robbed the vessel and took control.

The pirates then must have signaled their accomplices because suddenly from no where, two tanker ships appeared on the horizon. The pirates briskly started pumping the Diesel from the tanks on Naninwa Maru-1 to these two tankers. The pirates after pumping out more than half of the 5 million liters of diesel, made off. Several hours later after the attackers had fled, the crew discovered three shipmates were also missing, presumably taken as hostage. Malaysian domestic media report that the abducted men were Indonesians. The possibility of these men being accomplices of the pirates can not be denied. Only further investigation would bring out the truth. The ship is now berthed off Port Klang, Malaysia’s main port, for investigations.

The incident took place when Naninwa Maru-1 was just 16 Nautical miles away from the Malaysian coastline. No great imagination is required to guess that the tanker was in the waters of the Malacca Straits. A place that has a long history of pirates hijacking ships passing through the channel. Malacca is located some two hundred kilometers north of Singapore. The city is the capital of State of Malacca within federal Malaysia. What makes Malacca so special is the narrow patch of sea along its shoreline. This funnel shaped narrow strip of Sea, called straits of Malacca, is sandwiched between Malaysian coast line on the eastern side and Indonesian island of Sumatra on the western side. In fact, at the narrowest part, which happens to be located near the city of Malacca, the straits are just a few kilometers wide. What makes the Malacca straits important as well as most crucial for the world’s shipping is the fact that this is the shortest practical opening for any sea faring ship sailing from South China Sea to the Indian Ocean or vice versa. (The other sea lane is through Sunda strait, between islands of Java and Sumatra in Indonesia. This route is much longer compared to Malacca straits sea lane.) 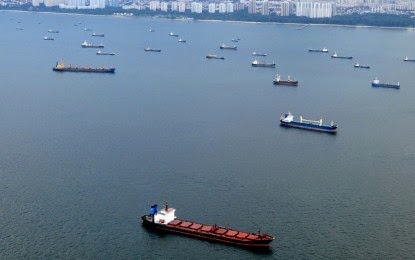 About 50000 ships cross this narrow strip of Sea every year. I read somewhere, that each and every day 15 million barrels of crude oil is transported through the straits. 70% of the oil that China consumes every year passes through here. If due to some reasons, the straits are closed to shipping, half of world’s shipping fleet would be forced to divert their sea faring routes. Straits of Malacca actually connect the Andaman Sea on the west to the South China Sea near Singapore. It is a true bottle-Neck of the world.

The US Energy Information Administration identifies the Malacca Strait, which connects the Indian Ocean with the South China Sea and Pacific Ocean, as one of the world’s two “most strategic choke points” for oil trade along with the Strait of Hormuz in the Persian Gulf. It is the shortest sea route between the Middle East and Asia with about 15.2 million barrels of oil a day transported along the waterway in 2011, according to the EIA. About 90 percent of that was crude.

Speaking historically, Malacca straits was always considered as one of the most dangerous places on Sea, as with such heavy cargo traffic, sea pirates found it extremely lucrative for their criminal activities. Even in recent history, there have been case of piracy in Malacca straits. In the year 1999, a 9000 ton freighter named as MV Alondra Rainbow had disappeared from here, when on way to Japan with a cargo of Aluminum ingots. This ship with a crew of 17 was abducted by some 15 armed gangsters. After a week, the crew was found floating helplessly in a rubber life boat near Thailand coast with no trace of their ship. After a month, Indian Navy and the Coast guard, discovered a ship of similar description near the Indian coast. The ship was chased and fired upon by the Indian Coast guard, when the pirates surrendered. It was found on inspection, that half of the ship’s cargo was gone, the name of the ship was changed, it was showing a different flag and the pirates were trying to flood the ship to sink it. In the year 2002 alone, 36 ships were attacked here. In 2003, 60 ships were attacked. When the situation reached such alarming proportions, the insurance companies started declaring the Malacca straits area as war zone and refused to insure the ships or the cargo. US government indicated that unless littoral states take effective action, US navy would have to patrol this area. After this, Governments of Malaysia, Indonesia, Thailand and Singapore realized the gravity of the situation and started joint patrolling. There was a realization soon that the naval resources of these countries were not adequate for the task This lead to an agreement between as many as 16 nations including India, from the surrounding areas, to provide protection to shipping in the straits.. This agreement is known as ‘Regional Cooperation Agreement on Combating Piracy and Armed Robbery against Ships in Asia’. After this agreement, the piracy in the straits has reduced almost to nil. Indian Navy participates in this security environment as per this agreement and Indian Naval ships are seen patrolling frequently in the Straits of Malacca.

The situation in Malacca straits then improved dramatically. Perhaps because of the measures taken by various Governments, only one fishing vessel was the only ship that was hijacked in the Strait of Malacca in all of 2012 according to the statistics available on International Maritime Bureau web site. Unfortunately, pirating seems to be picking up again in the Malacca straits and nearby areas, this year. On 10th October 2013, an oil-products tanker was hijacked off Malaysia’s Pulau Aur in the South China Sea on Oct. 10, about 67 miles northeast of Singapore. Pirates stole the ship’s cargo before abandoning it on Oct. 15, the IMB’s website shows. This vessel is believed to be Danai 4, carrying marine gasoil from Singapore to Vietnam.

Within just a month from this act of piracy, the pirates struck again on 7th November 2013, five pirates armed with guns and knives boarded 3,254 deadweight tonne (dwt) GPT-21 tanker operated by Singapore firm Global Unique Petroleum about 7.3 nautical miles (13.5 kilometers) west of Malaysia’s Pulau Kukup in the Strait of Malacca, about 34 miles west of Singapore. The armed hijackers tied up all the crew members and held them hostage in one cabin. Later they ordered the Master to steer the ship to a pre-designated position where another unknown orange hull tanker came alongside. The C/O and the bosun were forced to operate the mooring winches and then the cargo pumps and valves to transfer oil into the unknown tanker. The pirates, prior to leaving the hijacked tanker, also stole personal belongings of the crew. The gasoil cargo on ship could be worth more than $2.7 million according to some Singapore sources. 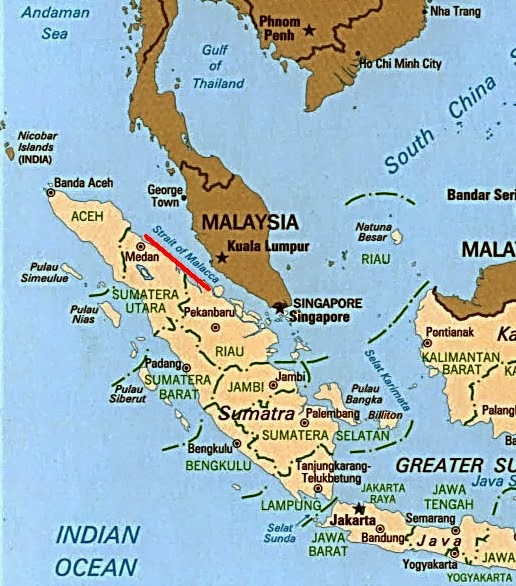 Singapore headquarters of the Regional Cooperation Agreement on Combating Piracy and Armed Robbery against Ships in Asia (ReCAAP) says that as things stand, attacks by gangs armed with guns and knives on shipping in the Malacca Strait have ranged from 12 to 20 incidents a year over the last three years. According to Regional security officials, armed gangs prowling the Malacca Strait may be part of a syndicate that can either have links to the crew on board the hijacking target or inside knowledge about the ship and cargo. Such hijacks lead to seizing tankers so that gasoil cargoes can be transferred and sold on the black market.

Malacca straits waters remain a hotbed for pirate attacks and petty theft and unless strong measures are taken by the regional Governments, such incidences shall continue to take place.