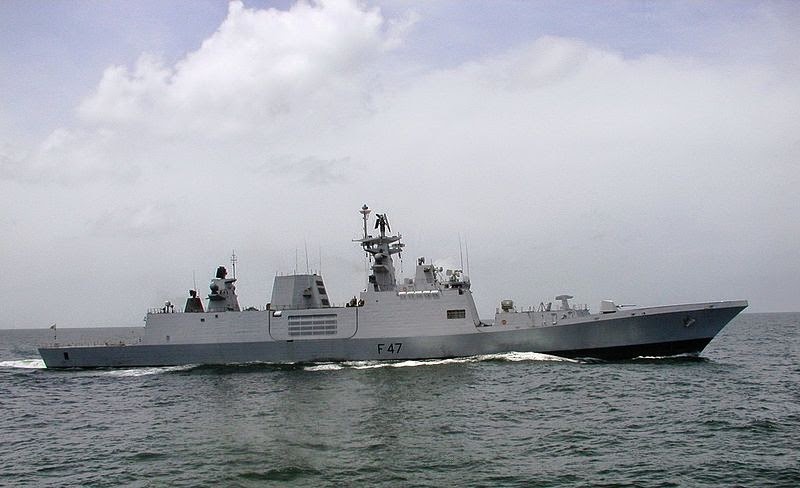 Whenever I am in Singapore, I see to it that I can watch a few episodes of some Korean TV serials to the extent possible. I particularly like the Korean serials that are based on stories from ancient periods. Most of the episodes of such sitcoms are woven around the King's palace with its own mysterious characters and intrigues. I am very much reminded of these Korean soaps today because there is an equally intriguing news about the visit of the Chinese naval chief to an Indian warship. Indian Naval ship, INS Shivalik, is a missile frigate and is presently visiting Chinese port of Qingdao. This eastern port city of China is the base of the People’s Liberation Army- Navy's North Sea Fleet. INS Shivalik is here to take part in a Naval exercise to mark the Chinese Navy’s 65th anniversary. Last week it carried out a three-way exercise involving China and Indonesia simulating an anti-hijack operation, the Shivalik deployed its Chetak helicopter as its crew raided the “hijacked” vessel. This exercise was the most complex of the three exercises planned for that day. INS Shivalik is the first of the three, 5000 ton stealth frigates incorporating advanced signature suppression and signature management features, warships, built by India at the Mazagon Dock Limited (MDL) located in Mumbai. It is believed that INS Shivalik is equipped with a wide range of ultra modern electronics and sensors.

Seven countries have been invited by China for the drills, including Bangladesh, Pakistan, Singapore and Brunei. It is a rare instance of Indian and Pakistani ships present at the same Naval exercises, although they did not come into contact into each other directly, as they were involved in different drills. Later this week, as a part of Naval protocol, China’s Navy Chief, Admiral Wu Shengli, paid a brief courtesy call on the visiting ship INS Shivalik. The visit went off smoothly. Captain of INS Shivalik, Captain Puravir Das said letter :“There were no problems, despite the language barrier. This was the highest engagement we have had so far with the Chinese Navy. But we do not want to stop at this and every year the level should go higher and higher.” 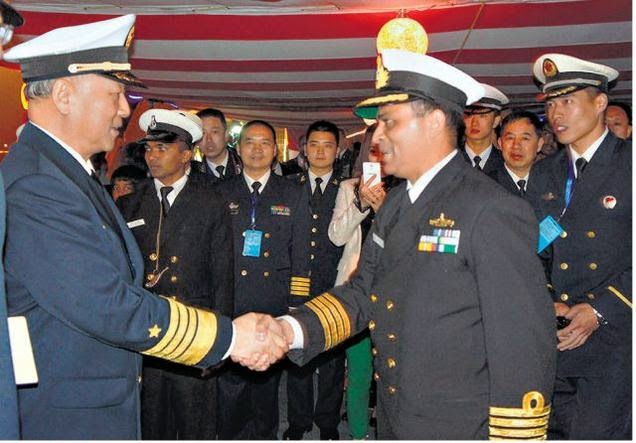 Yet, at the end of the visit an incident happened which I am unable to explain and would prefer to call as Chinese intrigue. INS Shivalik is a modern missile frigate. Its operations are controlled from a war room, known as the Combat Information Centre. The nerve centre of the Shivalik’s battlefield capability, is an indigenous design software called the AISDN (short for ATM-based Integrated Services Digital Network). This is a backbone network that allows all electronic information from the Shivalik’s systems and sensors --- e.g. engines, navigation devices, radars, weaponry, radio sets and control systems --- to be transmitted digitally all over the warship on a common data base. This sensitive nerve center of the ship, also happens to be Indian Navy's pride, because it is the most advanced operations room in the Navy. Chinese obviously must have been aware of this and knew that no armed force would allow entry of an unauthorised person to such a sensitive spot.

Yet at the end of his visit, Admiral Wu Shengli, asked for an impromptu tour of the Combat information center. Indian officials were totally nonplussed as they were caught off guard by this request. Since this was a goodwill visit by the Chinese Naval chief, aimed at boosting trust between the countries, the request put the officials in an awkward situation: they did not want any incident casting a shadow on maritime exercises that were described as positive and the most high-level ever between the two navies.

Indian naval Frigate’s Commanding Officer, the experienced Captain Puruvir Das, not only deftly handled the situation but salvaged things for the Indian navy. He stood his ground and told the Admiral that operating procedures meant that the Combat information Center has to remain closed at any harbour with no exceptions. Then he jokingly told the Admiral that he would be welcome to visit the Combat information Center of ship at sea during exercises on high seas. Something that is unlikely to happen for China’s Navy Chief.

A question mark persists in my mind, why admiral asked to see the war room, when he was fully aware that Indians would never show it to him? This is what I think as Chinese intrigue. Surprisingly, this is not a first time that a senior military officer of China has done something that is out of the protocol, followed at such visits. In the last week of September 2012, The Chinese defence minister, General Liang Guang Lie was on a visit to India as a routine diplomatic event for the both countries. Along with official talks, General Lie and the Chinese delegation led by him, were taken for sight seeing trips in Mumbai and Delhi during their five days visit. In Delhi they were taken to Qutub Minar and later to Taj Mahal in Agra. In Mumbai the delegation was shown the Gateway of India and Elephanta Caves. The 23-member Chinese delegation arrived first in Mumbai from Beijing by their own People's Liberation Army (PLA) aircraft earlier. After the sight seeing tour in Mumbai, as a diplomatic courtesy usually offered to foreign delegations, the Indian defence ministry had provided the visitors with two aircraft, an Embraer Legacy EMB 135BJ jet and an Avro from the Palam-based VVIP 'Air HQ Communication Squadron to ferry them to the Indian Capital New Delhi.

When the plush Embraer Legacy jet landed in Delhi, General Lie, before alighting from the aircraft, handed over to the two IAF pilots, who had ferried the General and his entourage to Delhi, tow sealed envelopes as a gift or what Chinese call as “Hangpao”. It is a common custom for foreign dignitary to give small gifts like cufflinks or ties to the pilots, during visits. Even when Indian dignitaries travel on IAF aircraft for foreign trips, they gift ties and other small mementos as a token of appreciation to the aircraft crew. Since the IAF pilots were familiar with this protocol, they accepted the envelopes and thanked the General. 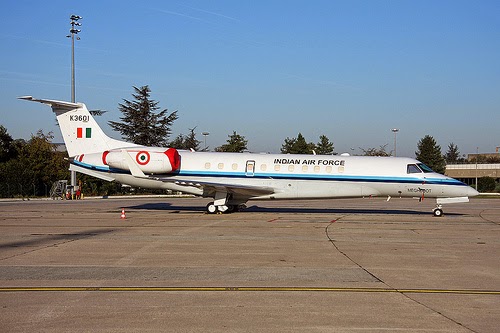 Later, when the pilots opened the envelopes they were baffled and alarmed to find crisp currency notes worth Rs. 50000/- (US$ 975) in each envelope. They immediately informed their commanding officer, a Group Captain, who in turn told his superiors and the Air HQ. The matter was properly resolved, when Ministry of defence came into picture. To avoid hurting Chinese sensitivities about returning a gift, the money was then deposited in a treasury.

The point that I am trying to make is that I refuse to believe that the senior Chinese officers are so naive that they do such things because of their ignorance of protocol. They must have been surly briefed by their Government before the visit. Perhaps we can treat these things as just deceptive moves in the game of Chinese checkers and leave it at that. Still, what Chinese aim to gain from such incidences, except of creating greater wariness about them with their Indian counterparts, is a matter of intrigue.