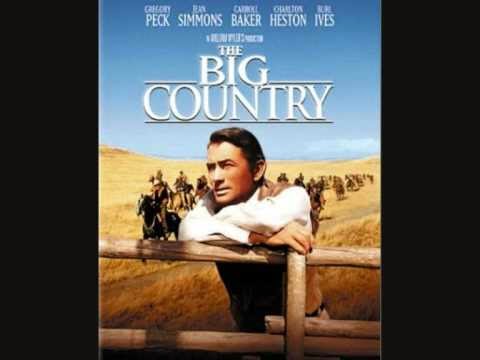 The Big Country was a 1958 American Western film starring Gregory Peck. It was based on the serialized magazine novel Ambush at Blanco Canyon by Donald Hamilton. The opening title sequence was created by Saul Bass. The film was also nominated for an Academy Award for the musical score by Jerome Moross.The film was a big hit, being the second most popular movie in Britain in 1959. US President Dwight D. Eisenhower liked the movie very much and showed it on four successive evenings in the White House during his second administration.

This week we have the title theme from this film, one of the finest opening pieces created for a film. This theme was even performed later by the City of Prague Philharmonic Orchestra.

Here is the performed version.

If you can not see the embedded video on your android devices, here is the link. http://youtu.be/u6vREiRNMFc You can also copy and paste the link in your You Tube App. If that also does not work, search You tube, Big country theme song