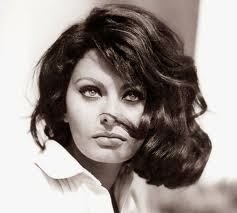 Zoo Be Zoo Be Zoo is a song written by Bill Shepherd and Alan Tew. It has been recorded by various artists since 1960's. This week we have a version of this song that was recorded in France by George Martin and sung in English by none other than Sophia Loren herself. It is believed by some, that the song was originally recorded by Sophia Loren as publicity associated with the film The Millionairess (1960). This song reminds me of the songs recorded by Bollywood superstar, Amitabh Bacchan himself. Like Amitabh's songs, Zoo Be Zoo Be, also had become highly popular in 1960's.

If you can not see the embedded video on your android devices, here is the link. http://youtu.be/XzSuanegluM You can also copy and paste the link in your You Tube App. If that also does not work, search You tube, Zoo Be Zoo Be Zoo, Sofia Lauren