Is counterfeit electronics the reason for C -130J air crash in India?

Indian Air Force had recently inducted in service, six C-130J Super Hercules aircraft-manufactured by Lockheed Martin in the US- at a cost of around US$962 million. The 77 squadron, that operates these much acclaimed aircraft is known as “veiled Vipers' and is based at Hindon in Ghaziabad near New Delhi. This squadron is supposed to have boosted the IAF’s capability to airlift troops closer to the border in times of emergency. The point was well proven when a C-130J aircraft, recently landed on the Daulat Beg Oldie air field near Karakoram pass on the China border. Air force has been very happy at this acquisition and has even decided to order 6 more aircraft.

The Air Force future plans however had a terrible set back last week, because one aircraft from this fleet crashed near Gwalior city killing five crew members on 28th March 2014 after taking off from Agra. The aircraft had apparently hit a hillock before crashing on the rocky surface on the banks of Chambal river near Gwalior. The crash impact was so severe that even the black box of the C-130J transport aircraft has been damaged heavily. The connectors of the Flight Data Recorder or the black box are damaged along with the card inside the Cockpit Voice Recorder (CVR). The crash investigators have been unable to get any data out of this black box at all as it just can not be connected to the test equipment. To avoid any loss of data while trying to decode the equipment, Air Force decided to take extreme step of sending the black box to the U.S. to seek the assistance of its manufacturer Lockheed Martin in decoding the data, even when some IAF officials have expressed fear that sensitive operational information might be leaked. Because of the delay in decoding the black box data, IAF is expecting a delay in determining the cause of the crash. 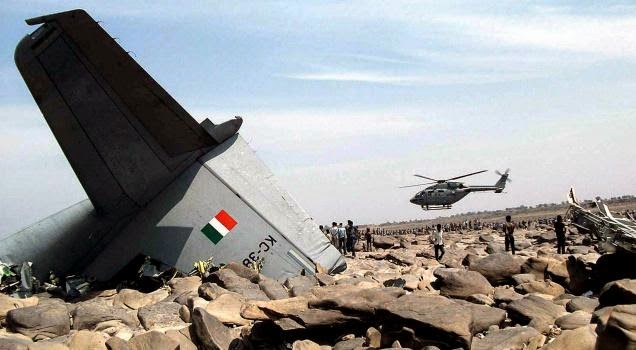 Meanwhile a controversy has broken about certain avionics displays fitted in the C-130J aircraft, as original equipments, which have been manufactured by L3 Display Systems corporation, a US company based near Alpharetta in Georgia state. In November 2010, this company became aware that company's in-house failure rate for a chip installed on display units used in C-130J and C-27J had more than tripled from 8.5 per cent to 27 per cent. L-3 also noticed that the same part had previously failed on a military plane in the field. The company sent the chips for testing, which resulted in identification of "multiple abnormalities," with the tester concluding that the parts were "suspect counterfeit."

After this, L-3 Display Systems issued a part purge notification, quarantining the company's own stock of the suspect memory chips on November 4, 2010. It however did not give any recall notices to its customers. As a result, hundreds of display units intended for and installed on C-130Js and C-27Js still have in place the suspect counterfeit memory chip, well after its discovery by L-3 Display Systems. In another surprise decision, even Lockheed Engineers decided that no action was necessary, when L-3 had notified Lockheed of the problem. What is worst is that Lockheed Martin also did not formally notify the Air Force of the suspect counterfeit chip in the C-130J.

When this matter became known to public, the US Senate Armed Services Committee, led by Sen. Carl Levin, D-Mich., and Sen. John McCain, R-Ariz, decided to investigate the matter related to suspect counterfeit electronic parts and finally came out with a list of 100 such counterfeit components out of which 70 were made in China. The facts mentioned above, about suspect counterfeit chips that might have been used in L3 displays, has been mentioned in the report of this committee. This committee also eventually managed to trace the route by which counterfeit electronic parts found their way in L-3 displays. According to 2011-2012 investigation by the committee, it found out that the main source of the counterfeit electronic parts was a company in Shenzhen, China, called Hong Dark Electronic Trade Company. Hong Dark sold the parts to Global IC Trading Group, an independent distributor in the US, which in turn sold it to L-3 Communications Display Systems, which in turn supplied it to Lockheed Martin, the US military's prime contractor for the C-130J. US air force says that approximately 84,000 suspect counterfeit electronic parts purchased from Hong Dark entered the DoD supply chain, and many of these parts have been installed on DoD aircraft. We do not know as yet, whether India received any of the contaminated display units in the six C-130J aircraft it bought from the US, and if it did, whether the US, including Lockheed Martin, alerted IAF to it. But the matter must be investigated further. 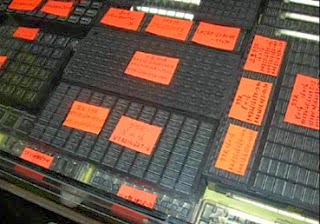 I am an electronics engineer by profession. Many years ago, I had visited one of the laboratories that develop space application hardware like satellites. During the visit,I was particularly interested to see the electronic circuit board assemblies used in the satellites. Essentially they were similar to what we used to make for commercial use, but the circuit board materials and the Integrated circuits or chips, as commonly called, looked very different. I asked one of my friends there about them. He told me that functionally, these were same to what we use in our commercial manufacture. The difference is in the environment specifications. While chips used commercially can operate over limited range and under moderate indoor conditions, chips used in satellites and in military equipment have to function over wide temperature ranges and under extreme conditions of shock, vibrations and impact.

There are actually separate specifications for electronic components used for space and military applications as these have to function under severe conditions and these specs are commonly known as MIL specifications. MIL components are tested under severe conditions and are are much tougher to manufacture and very heavily priced. A normal commercial component costing few cents may be priced above twenty or thirty dollars easily, when with MIL specs. Now just imagine that if someone uses ordinary commercial components instead of MIL specified components in Military equipment, two things are bound to happen. The manufacturer of the equipments would rake in huge profits and for sure the equipment would fail, when being used for military or space use. 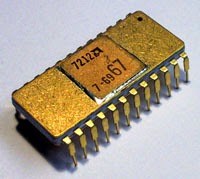 US senate armed services committee mentions in its report the fascinating route by which commercial grade chips are converted into MIL grade chips. The report says; The life of a counterfeit electronic part is long, with many stops along the way. It often begins as electronic waste, shipped from the United States and the rest of the world to Hong Kong. From there, the raw material makes its way to China, where it is broken down, burned off of old circuit boards, washed in the river, and dried on city sidewalks. Part of this process includes removing any identifying marks, including date codes and part numbers. Once the old part is made to look new, it is shipped to the Chinese city of Shenzhen. This is the epicenter of counterfeit electronics. There, the part can be sold openly in the markets or on the Internet. 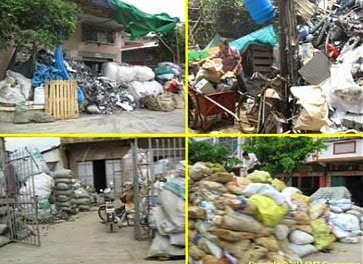 As an electronic engineer I was taught to handle these chips with care. One was supposed to wear antistatic clothes and gloves while handling this stuff. Here, Chinese are removing the chips by burning the circuit boards and then wash them in rivers and grind them to remove old markings. An electronic component used in military equipments has to work reliably for many years because it could be the thin line between defeat and victory in a war or a thin line between life and death of an unknown soldier. Yet Chinese market has found a way out to sell fake and counterfeit electronic components to US military of all the users. Only God knows where and whom they are also selling this fake stuff in the world.

Have they also sold the chips to India, via Lockheed Martin? That is something the Indian Air force would have to find. Meanwhile, it may be a prudent idea to replace all L-3 displays fitted in C-130J fleet with genuine company certified systems. If this is done, only then the C-130 J aircraft would be truly trustworthy.

Meanwhile, IAF has rather hurriedly clarified on 1st April 2014 itself- even before receiving the analysis of the cockpit voice recorder (CVR) and flight data recorder (FDR) of the ill-fated aircraft- that there is no possibility of any Chinese counterfeit parts fitted in the display systems of the C-130J aircraft it has. Air Force says that the US had then given them the serial numbers of the components that were suspected. Those components were sent in batches to the US for checking and most have come back with no Chinese parts being detected in them. I am surprised at this hurried certification even before the cause of the air crash is yet to be established? If what Air Force says is true, it should be reassuring, but would it be not prudent to wait, till all investigations are complete?