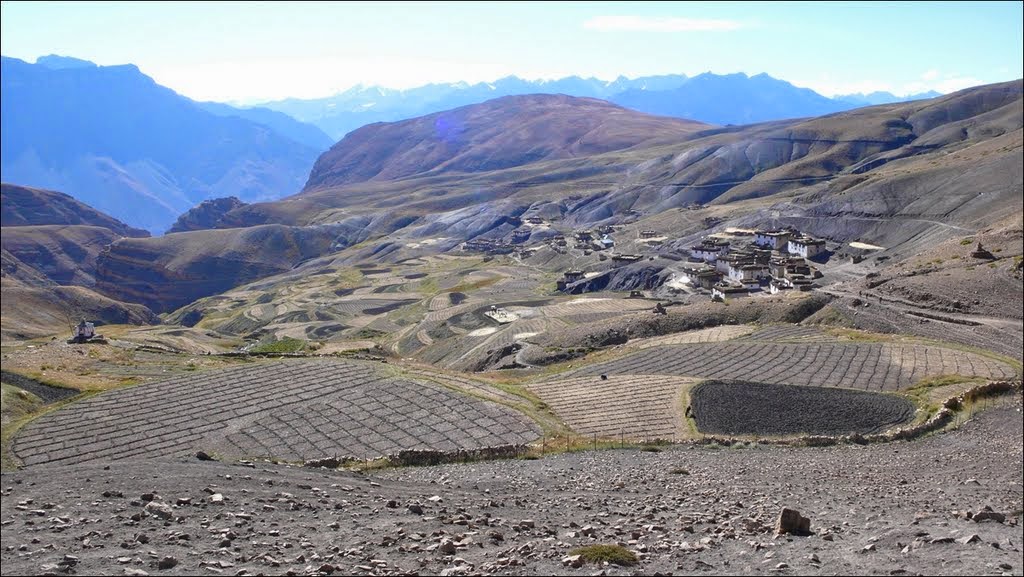 India's marathon general elections have now reached the half way mark. The elections are being held in nine phases, and would be the longest election in the country's history, from 7 April to 12 May 2014 to constitute the 543 member strong 16th Lok Sabha in India. Total Indian electoral population in 2014 is 814.5 million, the largest in the world. This election also will be the most expensive general election in the history of the country so far with the Election Commission of India estimating that the election will cost the exchequer INR 35 billion, excluding the expenses incurred for security and individual political parties. Parties are expected to spend INR 300 billion ( about US$5 billion) in the election. This compares well with 2012 U.S. presidential election where US$7 billion were spent.

India is a vast country with scenarios that vary so much that it is difficult to imagine even. The northern part of India consists of Himalayan region set amongst snow clad mountain. The south is like any other tropical country on the equator, hot, humid and rainy. To the west lies the great Indian desert of Thar, which reminds visitors of deserts like Sahara or Gobi. The eastern India is more like south east Asian countries with lush greenery and tropical jungles. 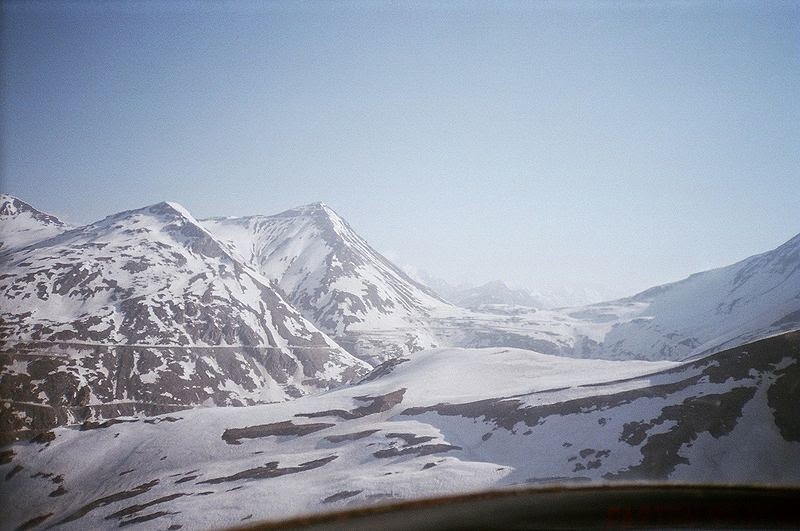 Obviously, carrying out elections over such vast area is a tough job and India's election commission no doubt carries it out efficiently, overcoming number of of political storms and turbulence on way. Most of India's electoral population lives on the plains, in big cities and villages, where logistical difficulties can be overcome comparatively with ease. But there are some population pockets that exist in remote isolated corners which are difficult even to approach. To organize polling stations at such places, where people can vote conveniently is no simple job at all. I recently found out about one such polling station located at 14500 feet above sea level and which could be called as world's highest polling station. 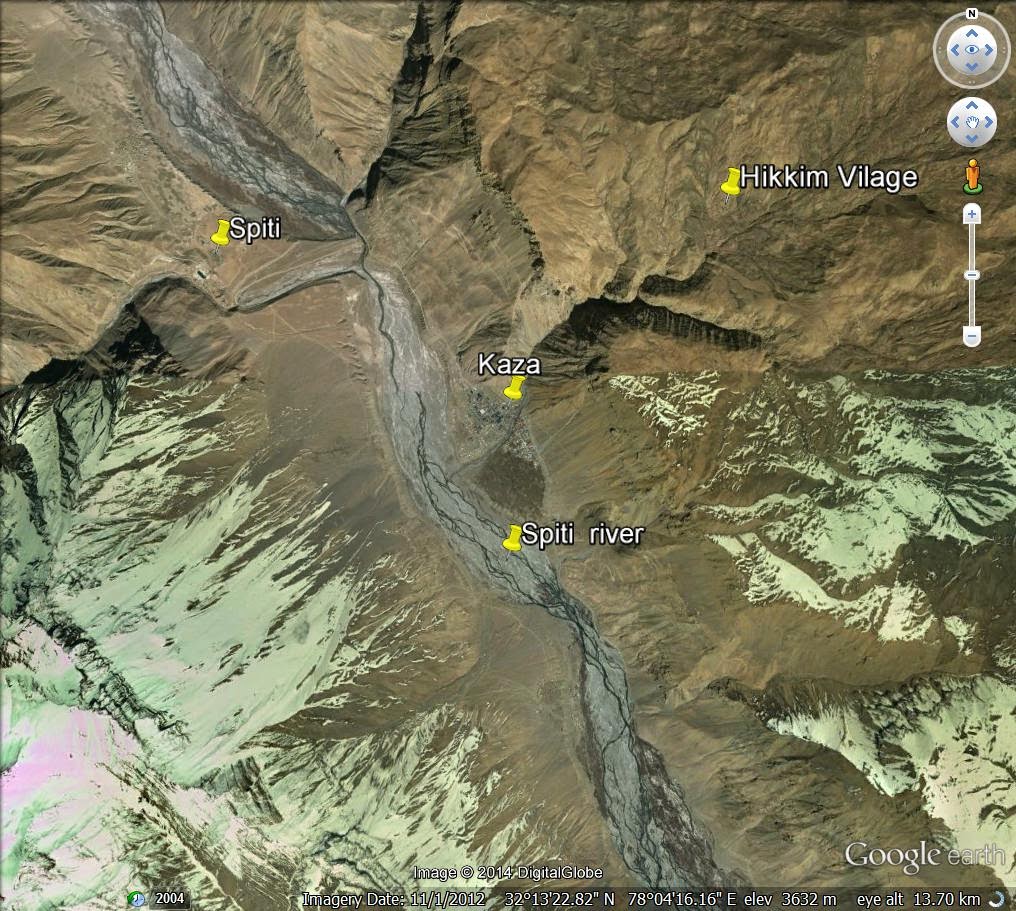 Lahaul & Spiti is a district within the Indian state of Himachal Pradesh, which has the distinction of being the only state of India, which has the God forsaken Himalayan ranges lying across it. Himachal Pradesh is roughly located between state of Punjab to the south and Jammu and Kashmir to the north. The weather here, as expected is bitterly cold and only during summers area opens up. Kaza town, is the headquarter of Spiti sub division of Lahaul-Spiti district in Himachal Pradesh. About 19 Km from this Kaza town is a small village known as Hikkam. Which has earned the distinction of being the highest polling station of the world at 14500 feet. Hikkam's location can be easily described with just two words; geographically inaccessible. In summer, it's an uphill drive of around 19 km on a zigzag narrow road, while in winter it involves crossing the snow filled mountain pass. 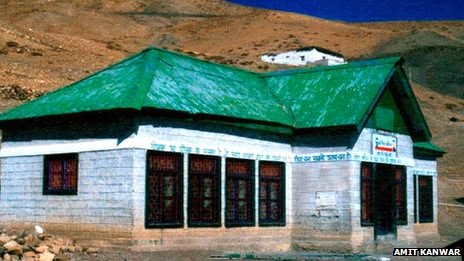 Hikkam polling station caters to voters from three villages of Hikkam, Langche and Komik, that have around 80-odd houses with a population of 483. Out of these, 334 are listed as voters this time. The living conditions here can be called at the best tough. In winter, they are totally isolated due to heavy snow which makes it very difficult to cross the mountain passes. In summer, it's an uphill drive of around 19 km on a zigzag narrow road. Because of its height outsiders complain of breathing problem and headache on reaching here.

Surprisingly, in spite of the odds, citizens of Hikkam and other villages come out in strength to vote. In 2009 parliament elections, Hikkam recorded 69% polling, in the 2013 bypoll for the state elections, the voting percentage increased to 75%. Such voting percentages are difficult to achieve even in urban areas. No prospective candidates visit Hikkam because of its geography. The people get to see the candidates on television only. 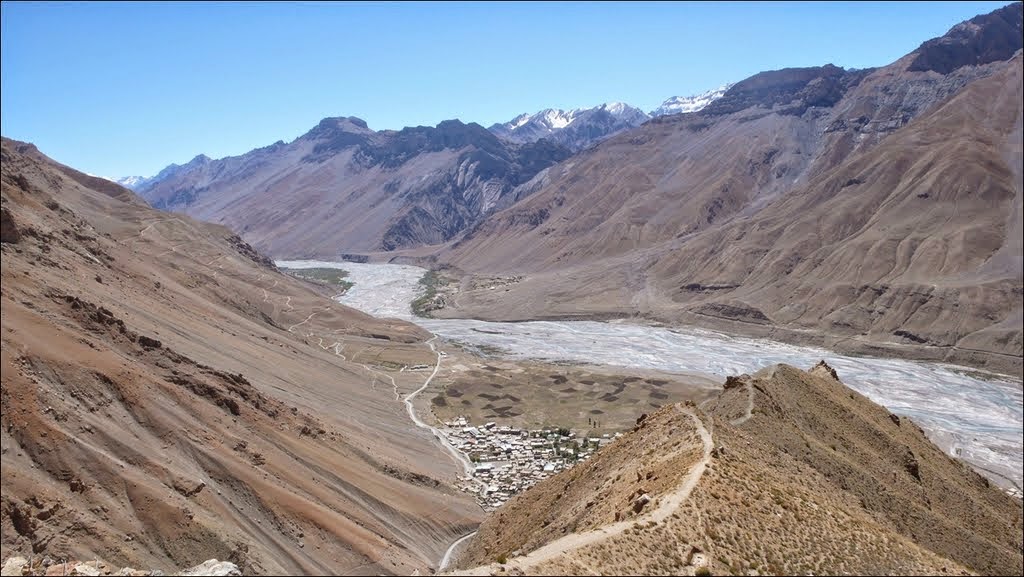 Hikkam people want to have the local primary health centre equipped with proper staff, the middle school to be upgraded and telephone facility assured particularly in winter months the only primary health center in the town to function when villages are totally isolated due to heavy snow. The people


of Hikkam, Langche and Komik villages have a long list of demands, which they want to put before the candidates. They can not do it because no candidate dares visit this place because of its height and associated possible mountain sickness. However this has not undermined the enthusiasm of the villagers for the elections. No doubt, it is extremely heartrending to see that the odds have not shaken people's faith in democracy.