Health monitors and beyond 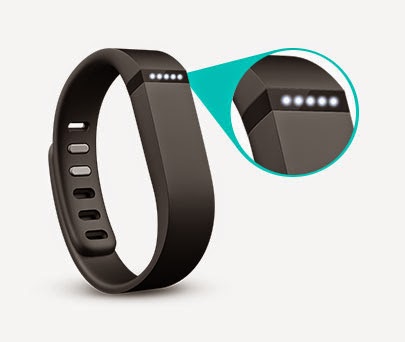 My son, who has just returned back from a short US visit, recently showed me a plastic band that he was wearing on his wrist. This band is actually a personal health monitor that accurately keeps track and record of day's activities like steps walked, distance covered, and calories burned. At night it tracks sleep quality and wakes the wearer silently in the morning. It's manufacturer 'Fitbit' has named it as 'Flex.' One can set personal goals in all these factors that are monitored. Flex uses five white LED indicator lights to show you how wearer's day is stacking up against his/her goals. Each light represents 20% of wearer's goal. Tapping the display twice shows the progress made against daily goal. Flex can be connected to a PC by means of a sync dongle that plugs into USB port. Flex can also be Synced to a smartphone or tablet by Bluetooth 4.0. Company has a special smartphone app that connects with Flex. 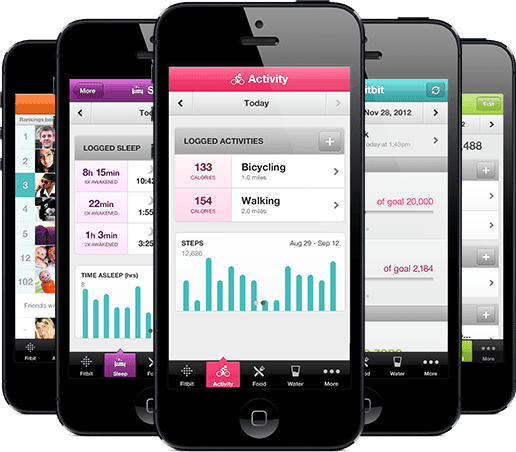 I felt that flex is a damn good idea because on many days, all our schedules go haywire, we miss the jog, we eat unseemly large portions of a desert we love. If there is someone, who can keep reminding us that we should do something to remedy the situation, things would be better. Unfortunately, Flex does not come cheap and it retails in US for about US$ 100. The price is a big dampener for anyone, who is enthusiastic about this health monitor and wants to use it. I found few other sour points too. It is made from some synthetic material. No one knows, whether there would be any allergic reaction to an individual. It has a lithium-polymer battery built in, which needs charging every 3 days. All these little irritants matter and the wearer might find his initial enthusiasm tapering off.

I recently came across a report about such or even more sophisticated health monitors of the future that might eliminate all the negative aspects of Flex. One such monitor is under development at the Swiss Federal Institute of Technology in Zurich, where electrical engineer Giovanni Salvatore and his colleagues are fabricating thin complex electronic circuits, so elastic that they can be wrapped around a strand of human hair without cracking or short-circuiting. The report says: “ Giovanni's research group is building transparent circuits on a membrane of a polymer plastic called parylene that is 1-micron thick. As a pilot project, they built a see-through strain gauge to monitor the buildup of pressure in the eye and mounted it on a contact lens. They also are developing a digital tattoo that can monitor heart rate and transmit the data wirelessly to a cellphone.” 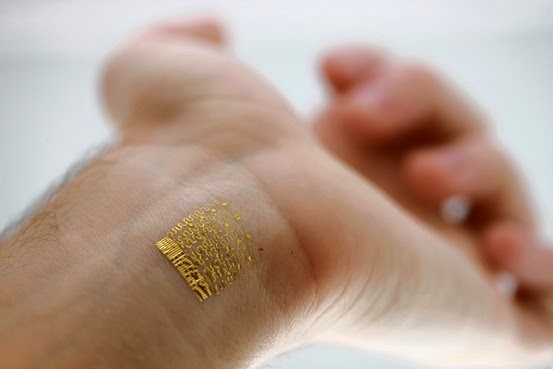 See what I mean? The health monitor would come in the shape of a tatto, which can be stuck on your body and it would keep reporting things like heart rate to an app on smartphone. That is real convenience. The opportunities are really without any limit. We can have a digital tattoo that transmits skin temperature; a transparent sensor on a contact lens that tests for glaucoma and a pliable pacemaker wrapped around a beating heart.

Science magazine reports that researchers at Urbana-Champaign. Beckman Institute from Northwestern University and the University of Illinois at Urbana-Champaign, both in US, are developing such tattoo-like electronic thermometers. A material scientist John A. Rogers at the University of Illinois and bioengineer Yonggang Huang of Northwestern University are collaborating to produce a wireless sensor that peels on and off like a Band-Aid. This sensor along with a simple monitoring device can eventually replace a hospital electrocardiogram. Amongst other developments made by them is a wearable digital thermometer that is extremely sensitive. The report says that the team had assembled off-the-shelf commercial components into a wireless stick-on digital skin patch. This patch can monitor heart and brain activity as effectively as bulkier hospital equipment. 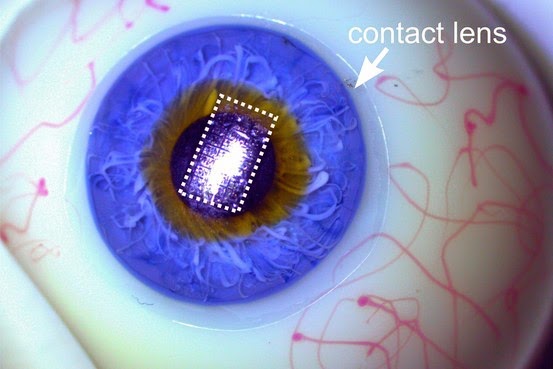 Researchers at Seoul National University in Korea probably gone even a step further. A publication Nature Nanotechnology, has reported that the university researchers have created a digital skin patch, which worn on the wrist can store and transmit information about a patient's movements, receive diagnostic information, and automatically dispense medication into the skin as needed. They have also come up with a smart bandage that can not only record muscle activity and trigger the release of a drug but also manages to dissolve by itself leaving no trace behind. They use silk to enclose and waterproof the electronic circuit. They program the device to dissolve on schedule by varying the strength of the bonds between the silk molecules and by the thickness of the circuit itself. After specified time outer silk bag dissolves and then the device. 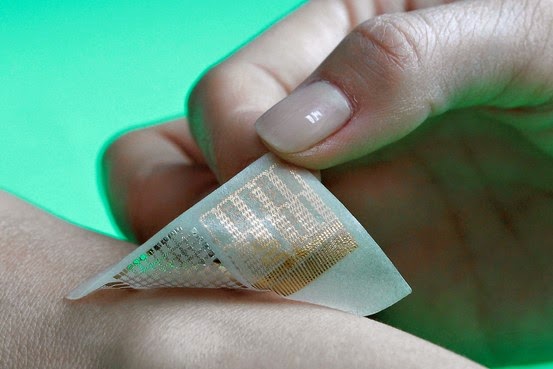 As things stand at present, a patient admitted in a nursing home, immediately has to face a battery of different monitors with their sensors attached to the body along with the sensors. All these equipments are heavy and bulky and can not be carried home. The new wearable sensors can change all that and a simple smartphone can do the job of present expensive monitors. With these new research, the field of patient care is likely to see an ocean of change. Flex health monitor is probably just the beginning.