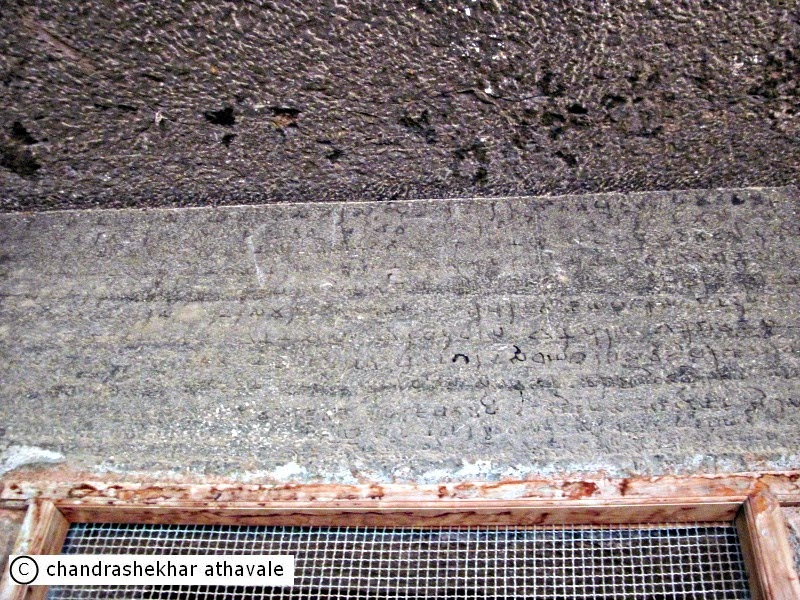 Mothers ode to her son in Nashik cave number 3

One specialty of ancient Buddhist rock cut temples in Maharashtra state of India, is that they are widely littered with rock inscriptions of various word lengths everywhere. You can find these writings in main prayer hall or Chaitya, residence quarters excavated for the monks and even near water cisterns. Some of them are short; just one or two liners, whereas some are very lengthy. The most distinguished example of such lengthy inscriptions is found in Nashik cave numbering three. In this inscription, 'Goutami', the mother of the great king Goutamiputra Satkarni, who defeated the saka satrup Nahapana's forces decisively to liberate Deccan region sometimes in the first century CE, has gone absolutely eloquent in describing the bravery and great deeds of her son. However, such lengthy epigraphs, of much interest to historians, are not of any real use to us from the point of view of our subject here and I shall rather concentrate on the shorter variety. 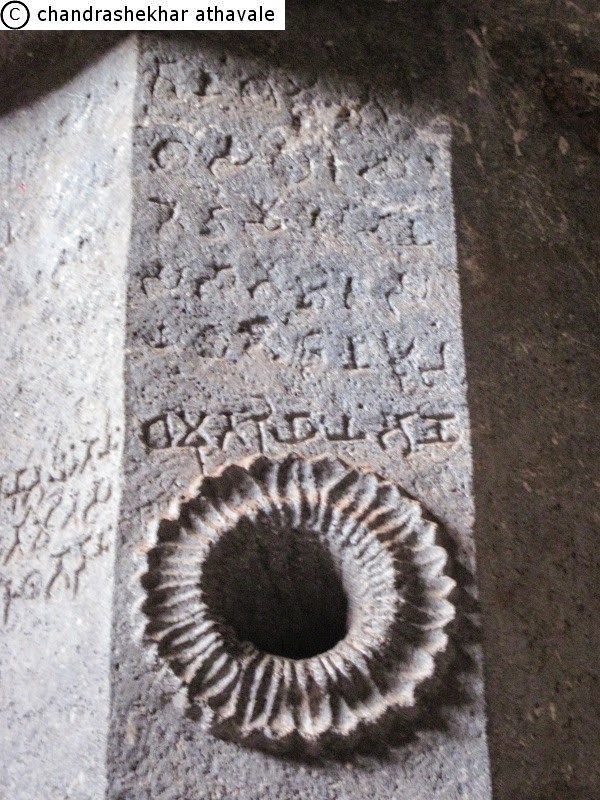 Inscription on the pillar in Great Chaitya hall at Karle'n


According to the book; “Inscriptions from the Cave-Temples of Western India” written by Jas Burgess and Bhagvanlal Indraji Pandit, total numbers of inscriptions found in following Cave temples are as follows. 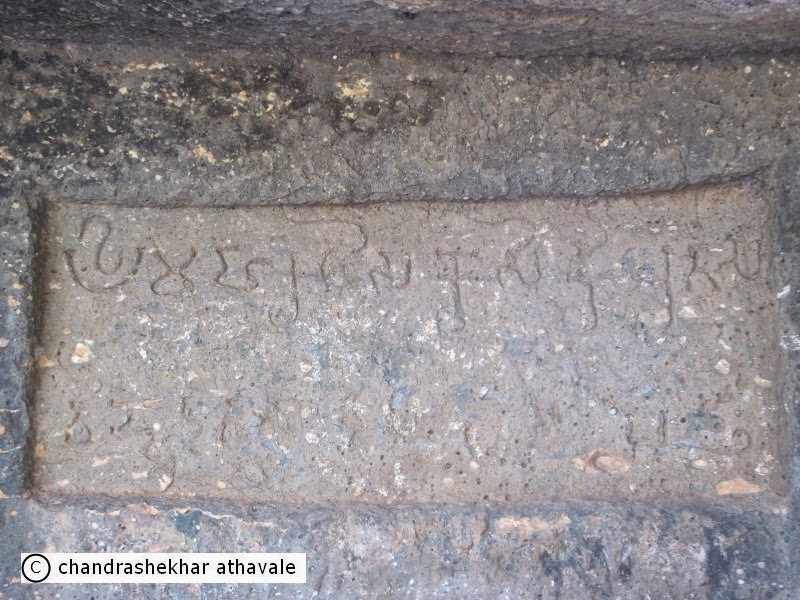 As an example let us consider an inscription carved in Bhaje caves. This says:

“The meritorious gift (or benefaction) of a cistern by Vinhudata the Mahàrathi, son of the Kosikè.”

It should be clear from the text that this inscription was made as an acknowledgment of the donation received from an official known as 'maharathi,' and with a name as “Vinhudata,” that was used to excavate the cistern at the place where this inscription is found carved. This means that that these large number of inscriptions done at the behest of private individuals were essentially carved to mark the donations of the individuals to the monastery.

Going deeper into the details of these donors, who willingly gave large sums to the monastery, we find people from all kinds of trades and profession. There are rich merchants, officials, as well as professionals like a Carpenter or a Perfume Man, besides ordinary lay people like a farmer's wife. The list is very interesting no doubt. However there is another category of Donors, which presents itself as of special interest to us. This category of donors calls themselves as 'Yavana.'

Samuel Clark Laeuchli has tried to explain origin and meaning of this word. He says and I quote:

“There are three words, i.e., Yona, Yonaka, and Yavana, which have all been considered to mean "Greek.'' Panini gives Yavani as the feminine of Yavana and the word is therefore attested in Sanskrit prior to the advent of Alexander. The from Yona could be the normal Prakrit form of the word, while Yonaka would be the same, only with the addition of the very common suffix -ka. The major difficulty with this analysis is that Yavana/Yona stems from the Greek Ioanes which should come into old IndoAryan as Yona, not Yavana. In this case the form Yavana would be a back building in Sanskrit from the Prakrit Yona..... Although the word Yona / Yonaka occurs in the Asokan edicts, the Heliodoros pillar, etc., the form Yavana is found only at Junnar, Karla, Nasik, and Junagadh in western India, and perhaps in Kharavela's Hathigumfa Inscription in Orissa.”

Mr. M.K. Dhavlikar, whom I have mentioned earlier says and I quote:

“ The existence of Grecko-Romans, that is the Yavanas, in Western India has been well attested by their inscriptions in Western Indian Buddhist cave temples, especially at Karla, Nashik and Junnar. They were present in this part of the country right from the days of Asoka ( 272-32 B. C. ), who is said to have deputed a Yavana missionary, one Dhammarakhita, to propagate the teachings of the 'Enlightened One'. The excavation of a ancient site near at Nashik has yielded fragments of amphorae - wine jars - imported from the Roman empire.”

Having established that the word 'Yavana' means a person of Greek origin, let us try to find out whether there are any 'Yavanas' in the list of donors to the Buddhist monasteries. Fortunately for us Laeuchli has prepared a list of number  of inscriptions done at the behest of private Yavana donors.