Another small step ahead 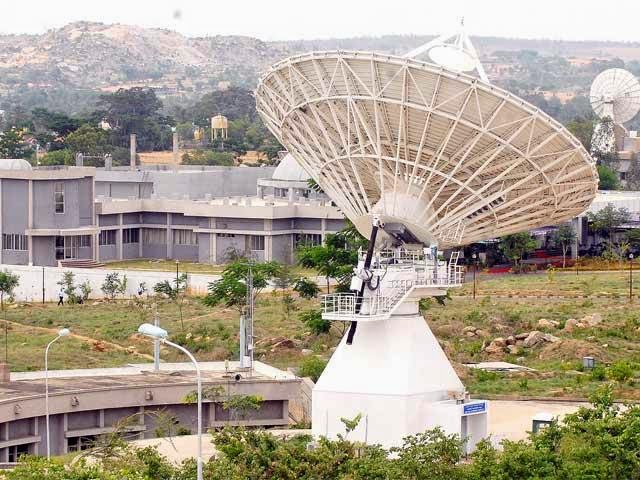 As millions of Indians watched live on their TV screens, India's workhorse rocket PSLV, rose majestically from its base in Sriharikota, on India's eastern seaboard, for the twenty fifth time on 4th April 2014. The rocket, riding on a trail of yellow orange fumes, roared into blue sky, carrying on board, India's 1,432-kg, IRNSS-1B satellite, the second navigation satellite, from a grid of seven such satellites, that would constitute the Indian Regional Navigation Satellite System. 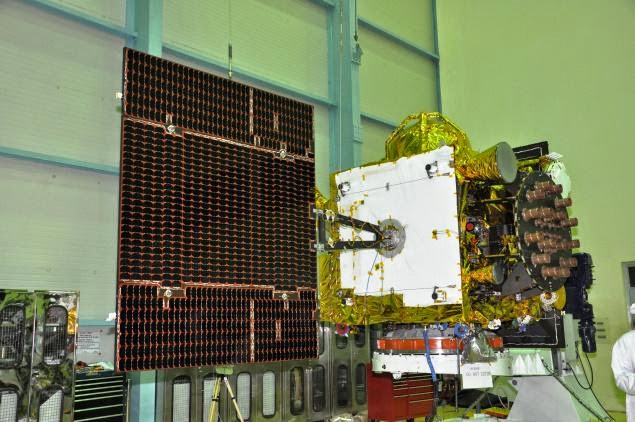 Next day or on 5th of April 2014, mission controllers at Master Control Facility (MCF) in Hassan, Karnataka, fired the propulsion system on board this satellite, for seven and half minutes at 5.35 PM, Indian Standard Time. At the end of this 450 seconds firing of the on board Liquid Apogee Motor (LAM), the satellite’s apogee was boosted from 20,630 km to 24,760 km and the perigee went up from 283 km to 299 km.

About 40 Km from the IT hub city of Bengaluru in south India, lies a remote hamlet known as “Byalalu.” Travelling on Bengaluru-Mysore highway, one needs to take a right turn in Kumbalgod Industrial area and then proceeding on a rather bumpy road, he can reach this sleepy hamlet with plain farm land dotted around and a typical rural setting. Readers are likely to ask a question as to why in the first place any one would like to travel to Byalalu? The reason is simple. This sleepy village now hosts a new facility that would soon become the nerve centre or the hub, of India's navigational satellite constellation, called as Indian Regional Navigation Satellite System (IRNSS). 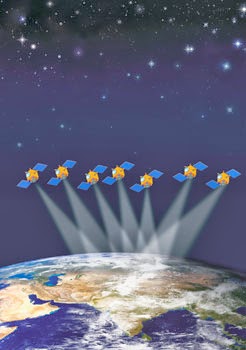 These 7 satellites together would form an independent regional navigation satellite system designed to provide position accuracy better than 10m over India and the region extending about 1500 kms around India. It will provide an accurate real time Position, Navigation and Time (PNT) services to users on a variety of platforms with 24x7 service availability under all weather conditions.

At present, U.S., Russia, Europe, Japan and China have set up such satellite constellations. GPS set up by US is well known. Russia has its own GLONASS and the Europeans have built Galileo constellation. But these are global navigation satellites which can be used by anybody anywhere in the world with the help of a receiver. The IRNSS system however would form only a regional navigation system that shall provide positional information to users only in India and the region extending 1,500 km from its borders. In simple terms, IRNSS would be an independent positioning system like GPS that will give data on the position, navigation and time of persons or objects to a range of users in the Indian sub continent.

The Byalalu facility houses a high stability atomic clock to keep precise time and reference, pool and synthesise navigational messages and coordinate 21 ground stations across the country. The constellation of 7 satellites in space will give positional accuracy of within 10 meters. Its users will be from aerospace, military, all transport systems, geographical Survey of India and also individual users. Two basic services would be available as standard Positioning Service (SPS,) one for common civilian users and second one for Restricted Service (RS) for special authorized users.

Aircraft can use the IRNSS satellites to know their position while cruising or during landing approach. Ships can use this system to navigate towards their destination and while entering harbours. Individual drivers of cars and trucks, can find their exact position with a receiver inside the vehicle. IRNSS is likely to be invaluable for the defense users.

Friday's launch was another small step towards completing the IRNSS constellation of 7 satellites. If all goes well, by end of next year, India's own GPS system should be functional.