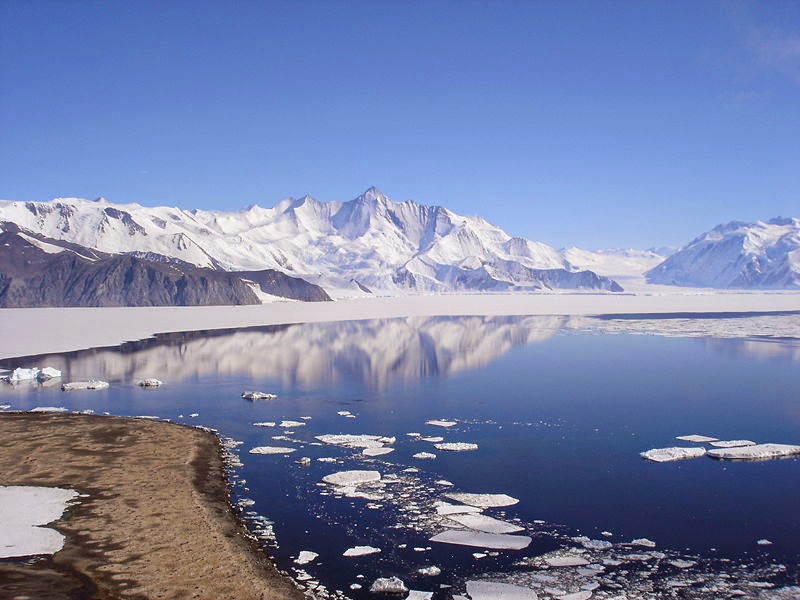 As the schools close for summer holidays, there is a great rush everywhere in the world to travel. People in the western world, rush to beaches, whereas Indians prefer cool destinations like Shimla, Manali in Himalayas and obviously Kashmir. A new trend has appeared in tourism industry since last 2 or 3 decades. Most of the people now prefer packaged tours, in which a travel company takes care of all the requirements and needs of individual travellers. Since they are travelling in a group, the costs also come down.

What are the most preferred destinations of Indians for summer travel? Kashmir would be the first choice for everyone, who has not been there. Its pristine beauty is so overpowering that the memories are almost unforgettable. After Kashmir come many other destinations in the states of Himachal Pradesh, Sikkim. Kingdom of Bhutan and North eastern states including Arunachal Pradesh. Many people also want to travel to Ladakh, the northern most region of India, where ordinary citizens are freely allowed to travel. 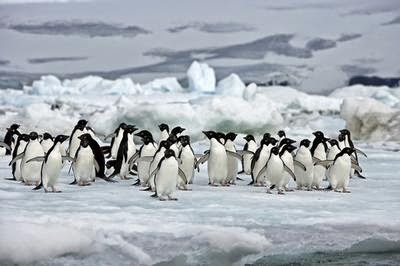 However if you ask a real connoisseur today about his choice of a tourist destination, he is likely to brush off most of the places I have listed above because there is a new tourist destination that has just opened up its doors to tourists. Its virgin, awe inspiring beauty, unspoiled by any kind of human interference is simply breath taking. There is absolutely nothing similar to this wonderland anywhere else in the world. By now, many of you must have guessed the name correctly. It is the southernmost continent of Antarctica. But a tour to Antarctica does not come cheap; it will lighten your pocket by Rs. 1,80,000 (US$ 3000) per person for a tour by a plane that directly lands on the icy continent and lasts just about 5 hours. Or if you prefer the conventional way, you can travel by ship to the continent. This is likely to set you off by Rs. 4,00,000 (US$6000)to Rs.8,00,000 (US$ 12000) for every person.

Why do people want to travel to Antarctica? The popular tourist guide 'Lonely Planet' gives this reason: Many people come just for the wildlife: the penguins, seals, whales and seabirds are beautiful and unafraid of humans. Others want the thrill of crossing an often-heaving ocean to a remote land where people are mere visitors. Some just want to be able to attain their seventh and last continent.

Environment of Antarctica is protected by Treaty of the Antarctic and the Madrid Protocol, which bans almost all economic activities like mineral extraction on this white continent. Fortunately, Tourism is one of the few economic activities that are allowed by this Treaty. As a result, more than 35,350 people are likely to visit Antarctica this year. This figure is higher by about 1,000 from figure of last season and 8,000 more than in 2011-2012, according to the International Association of Antarctic Tour Operators. 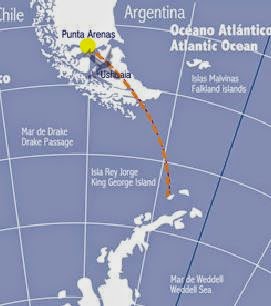 How do these tours operate? Let us first see the shorter one day/two day tour by air. These tours start from Punta Arenas in the south of Chile, from where Antarctica is just 2 hours flying time away. The aircraft lands on hard ice and then Tourists trudging in single file line move on. The tourists can either visit the island of King George, in the South Shetlands archipelago and the neighboring Russian station of Bellingshausen with its out-of-place Orthodox church or tour Half Moon Island, a habitat of seals and penguins that is home to the Argentine base of Teniente Camara. There they can sip a hot cup of coffee, send a postcard and get their passport stamped with a picture of a krill, a kind of small shrimp that is the symbol of the baseHowever to reach starting point of the tour, Punta Arenas, one needs to take a flight from Chilean capital Santiago or take a cruise ship. Following is the tour itinerary of a tour operator aeroviasdap

- Transfer from hotel to Punta Arenas Airport to board the DAP plane with destination to King George Island (Antarctica)
- At your arrival, you will be welcomed by our Antarctica-expert tour guide, who will take you on a tour visiting the following venues:
- 'Villa Las Estrellas' (First settlement inhabited by civilians)
- Visit to the Drake Passage area, where we will observe a colony of different seals along
the beach.
- Lunch or a snack depending on the place and time of arrival.
-Navigation on a zodiac boat to Ardley Island to visit some penguin colonies.
-Navigation to Collins glacier.
-Return to Punta Arenas after a 5-hour tour (depending on weather conditions).


The two day itinerary goes on something like this:

- Passengers will be taken on a caterpillar truck to the Ice Camp based on Collins glacier, located about 10 km. (6 miles) from the runway. Where you will stay overnight.
-Visit to the Collins glacier and scientific bases the next day.
-Walk to the "Elefanteras" (sea elephant colony)
-It is also possible to visit other tourist attractions, depending on the weather conditions, before returning to Punta Arenas. 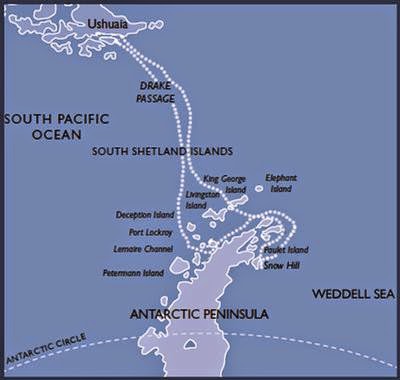 For tourists who have more money to spare and time, they can travel by ship. Ninety percent of the tourists from around the world who come to Antarctica leave from Ushuaia. The cruises last an average of 11 days. The cruise ships cross Drake Passage in the Southern Ocean, which has some of the world’s worst weather, setting off from either Ushuaia in southern Argentina or from Punta Arenas in Chile. On this tour your transportation, meals and accommodation are all arranged on board of the ship so that no infrastructure is required to be built ashore in Antarctica's delicate environment. 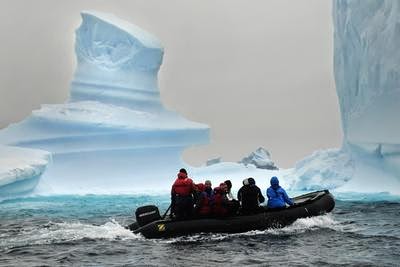 The tour mostly consists of shore landings using rigid inflatable craft powered by outboard engines, known as Zodiacs. The tourists visit penguin rookeries, scientific research stations and historic sites - and also go on cruises through fields of beautiful icebergs. Lectures are also arranged on the ship about the continent and its wildlife.

There can be no doubt that visiting Antarctica can be once in a lifetime experience. People usually plan for years to visit here. But the travel may be well worth the efforts and the money spent.