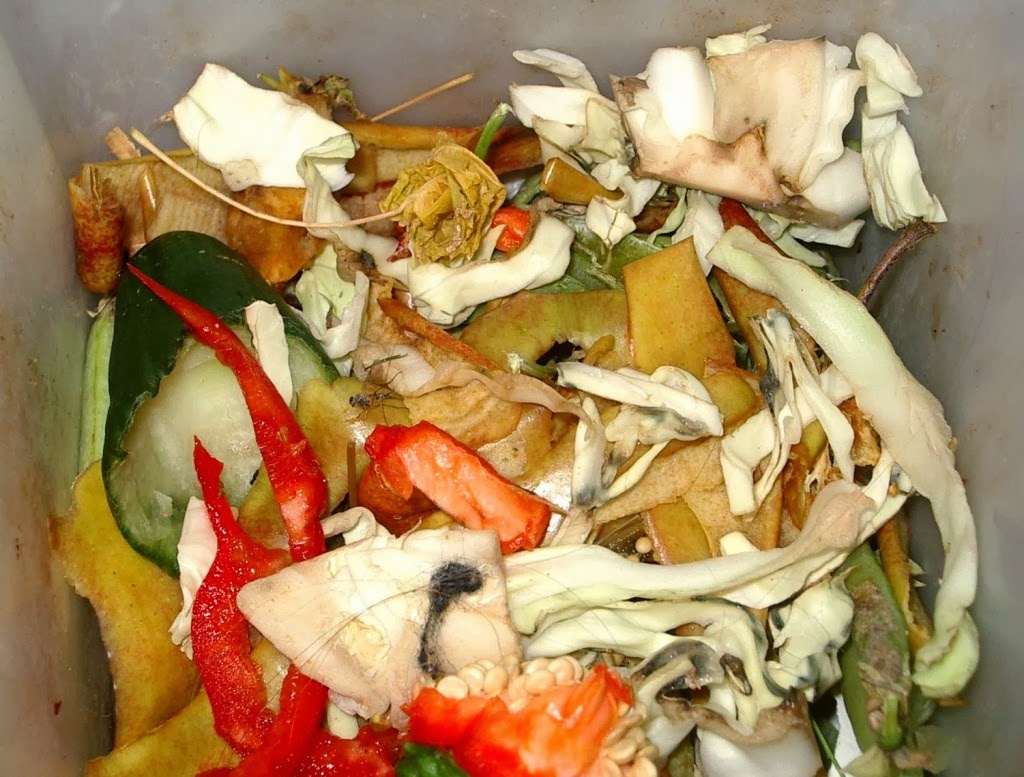 As a child, one of most important message, I always received from my parents and grandparents, was that I should never waste even a grain of food. In fact, it was said that one of my maternal great grand fathers used to wipe clean his plate so thoroughly while eating, that it was difficult to notice afterwords,whether it was washed or dirty. I feel this was bit of an exaggeration, but it gave one message loud and clear: not to waste food. In our house there were strict meal-time conventions. Serve yourself only that much portions of food, that you can consume. Absolutely no left overs in the plate at all.

In those days, food would be cooked in the house twice a day, as there was no refrigerator in the household. This also meant that no effective method was available to store and preserve cooked food for a longer duration. On hot summer days, it was even more difficult to preserve left overs as food could get contaminated in no time. Yet, in spite of this shortcoming, I hardly remember any left over food being thrown away in our house at any time. We had simple arrangements that could keep the food safe for at least 8 or 10 hours. The arrangement was simple. In a large metal dish, my mother would pour water and then keep the food containers in the dish. The containers were covered with a fine muslin cloth so as to allow the air to circulate. The water in the dish was sucked up by the cloth. The hot weather around, evaporated the water sucked up and in process cooled the food containers, keeping the food safe.

My mother also had her own bag of tricks to make the left over food palatable and attractive. In fact we always would know, whenever some nice and appetising smells of deep fried food came from kitchen that there was leftover food and mother was up to one of her tricks to make us eat it. With left over vegetables, she would prepare stuffed Parathas (Indian stuffed bread) that were so tempting! My mouth waters even today after remembering the smell. If any rice was leftover, a fabulous dish was served for dinner made from left over rice fried with finely cut onion. Special Pakoras (kind of fritters) made from leftovers was her another specialty. 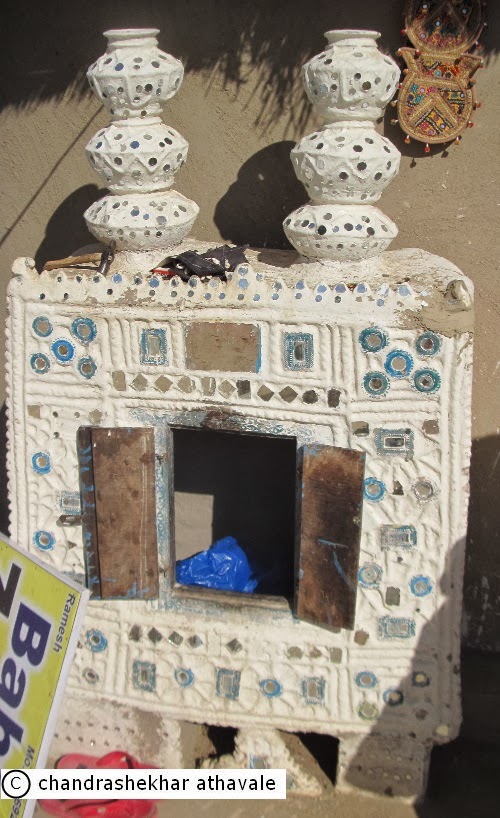 Last year, I visited India's western most region of Kutch. It is an extremely hot and arid area, where temperatures hit forties (Above 100 Deg. Fahrenheit) quite often. In one of the villages, I was able to see a gadget made only from such materials that were available in the village itself. It looked like a white painted cupboard with a small door in the front and with two stacks of earthen pots ( each stack having three earthen pots) on the top of the cupboard. It was difficult to know the internal arrangements, except for the fact that the front door opened access to a small chamber inside. Food and other perishables like milk are usually kept in this chamber and I was told that they can be preserved there in hot climate of the region rather well. Since Kutch is a desert like area, the inhabitants know very well the value of preservation of food and wasting it out of question and not a option at all.

Against this background and frame of mind, I was simply appalled to see the horrendous wastage of food around, when I visited United States for the first time and also later, when I had an occasion to stay there for longer periods. The restaurants served giant portions, which very few could finish and mostly would go waste. Once I ordered pancakes for my breakfast. I wanted just one, but was served six. When I told the owner of the place that I wanted just one pancake, he said that it was not possible. Minimum quantity served in his hotel was six pieces. I could eat whatever I want and then throw away whatever is left in the trash can. The Mega super stores like Costco and Sam's club, sell only large packs of eatables l, which are very difficult to consume before their expiry dates and have to be trashed. 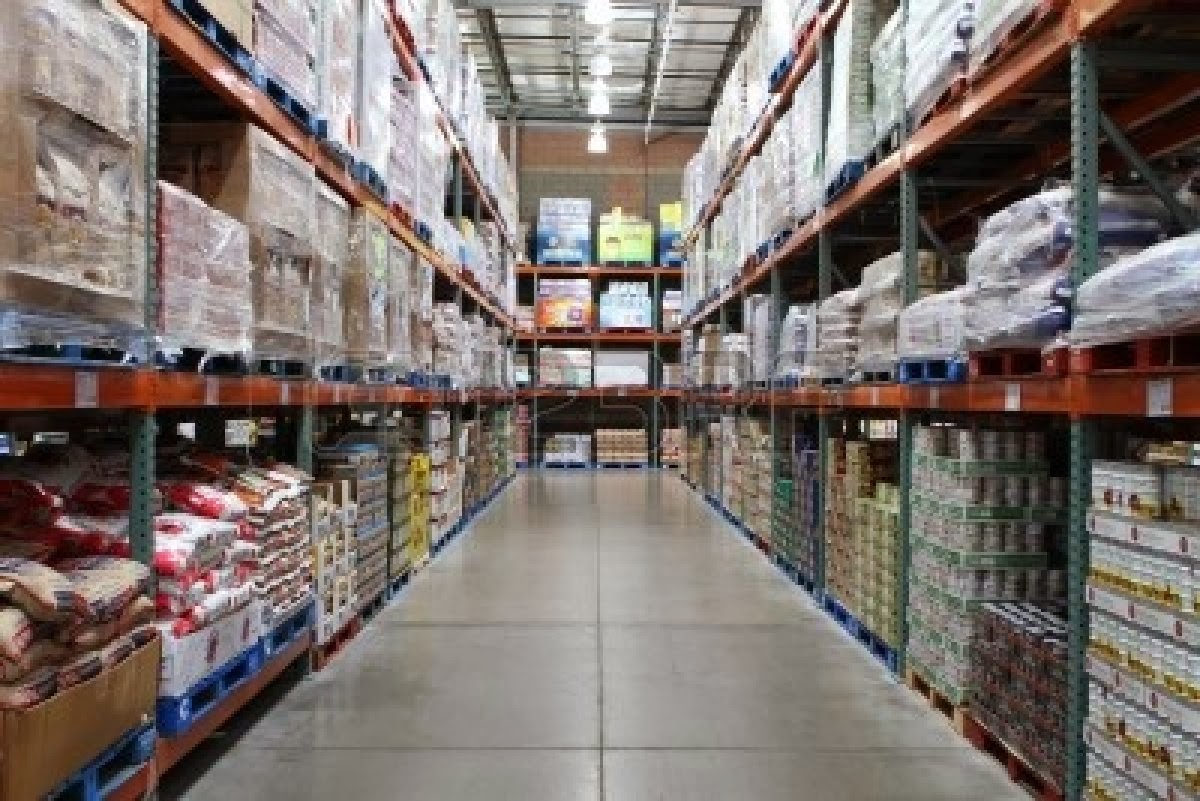 I have observed something similar, when Chinese or Thai food is served in south east Asia. The portions are very large. I could never finish the portion of rice that is served with dishes here. Enormous amounts of vegetables are simply wasted here too.

Last week, World Bank has issued a report in Washington D.C. about the staggering quantity of food that is wasted around the world. Some of the facts reported are:


President of the World Bank, Jim Yong Kim, says rightly: “The amount of food wasted and lost globally is shameful. Millions of people around the world go to bed hungry every night, and yet millions of tons of food end up in trash cans or spoiled on the way to market.” It is really shameful isn't it?

Talking about India, Thousands of tonnes of food grains rot in India because we lack proper storage facilities. Indian farmers are producing bumper harvests year after year, yet huge amounts of food grain simply rot away. The picture is quite grim indeed. The Governments in India or in other countries might want to improve upon the situation by changing agricultural production techniques and making large investments in transport and storage infrastructure. But the key here is to change consumer and commercial behavior.

I have seen that in some families, they feel that only when, food is left over in the diner's plates, everyone has eaten to his heart's content. Such families throw away huge quantities of food left over in the plates. Some women make a fetish of eating only fresh food. They keep on looking with hawkish eyes at the expiry dates printed on a food package. If they suspect that any food, though still well within the expiry period, has been produced earlier than their idea of what fresh food should be, they would simply trash the food even it is in perfectly good condition. This needs to be changed.

I am not much of a traditionalist. I never want to do something, just because my forefathers were doing it that way or because someone had ordered it to be done so long ago, say five millenniums. I would rather do things for which, there is a apparent rational reason. But when we talk of food wastage, I am totally a traditionalist. We must use and preserve food the way our forefathers did.