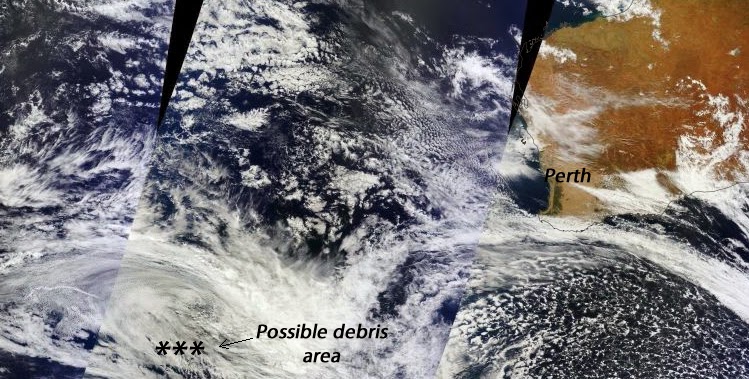 The search for debris from the ill fated Malaysian airlines flight MH 370 to Beijing has now shifted to southern part of the Indian ocean after Inmarsat engineers suggested that the plane went down in that region. I have already explained in an earlier blogpost, how this conclusion was drawn, based on the series of automated hourly 'pings' coming from a terminal on the plane and principle of Doppler shift.

The search has therefore shifted to the areas of southern Indian ocean near western coast of Australia, indicated as possible crash site by Inmarsat engineers. Twelve aircraft from six nations; the U.S., Australia, China, South Korea, New Zealand and Japan, are now searching an area of ocean which is at least several hours flying time away from the nearest air base. In addition five ships were preparing to join the the search, in spite of the bad weather to the search area that lies around 2550 Km southwest of Australia. 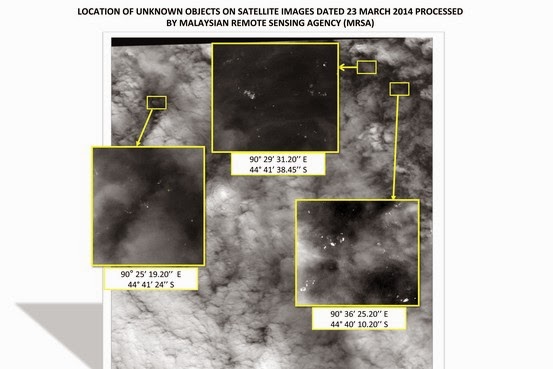 The leads for the exact spots, where this search should be carried out have come in form of pictures from four separate satellites, from Australia, China and France. The images from satellite reveal more than 100 objects that could be debris from the Boeing 777. The latest images have come from France-based Airbus Defence & Space and show 122 potential objects, varying in size from one metre to 23 metres in length in a 400 sq km area of ocean.

This massive search for the missing plane, however is facing the biggest obstacle of extremely bad weather, which is so bad that the advanced military surveillance aircraft have had to swoop low to avoid fog and clouds. The optimum altitude for the most advanced search aircraft, like P-8A Poseidon, is 1,000 feet, but it has had to go to 300 feet in recent searches. A US navy pilot says that at 1000 ft. height, there is virtually no visibility. This bad weather at the spot to be searched is mainly because of the location, where the planes and ships have to look for. The search area falls in the southern hemisphere and is located around 44 d 40' S latitude, which means that it has been zeroed to one of the most desolate corners of our planet, an area of ocean, nearly two miles deep.

So what is special about this latitude that is causing so much trouble for the search aircraft and ships? This area, that lies between latitudes 40° and 50° south in the Southern Hemisphere, is known for prevailing winds that are known to blow here persistently from the west. This area of Indian ocean is swept by huge rolling swells and is buffeted by strong, gale force winds known as the “Roaring Forties,” throughout the year. 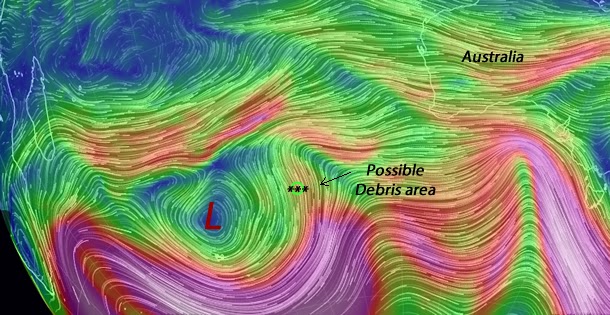 In the past, when sail ships were the order of the day, ships travelling from Europe to the East Indies or Australasia would sail down the west coast of Africa and round the Cape of Good Hope to use the Roaring Forties to speed their passage across the Indian Ocean. On the return leg, they continued eastwards only to cross the Pacific Ocean and under Cape Horn before sailing up the east coast of the Americas and then back to home. This was known as, "To run the easting down" and it meant the express passages achieved in the Roaring Forties. This was also known as the Clipper route. 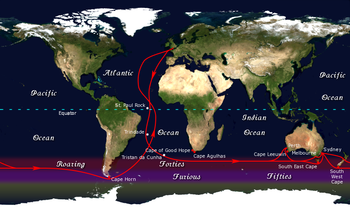 The Roaring Forties is a continuous belt of ripping westerly winds around that region of the globe, that are aided by the Earth’s rotation. Pressures and temperatures change rapidly here, driving the winds frequently over 30-40 mph, and give rise to storms. The winds in this area also remain unobstructed because of absence of continents or mountains that might slow them down via friction. This means that the winds flowing over the relatively smooth Indian ocean surface also produce huge waves up to 30 or 40 feet high. 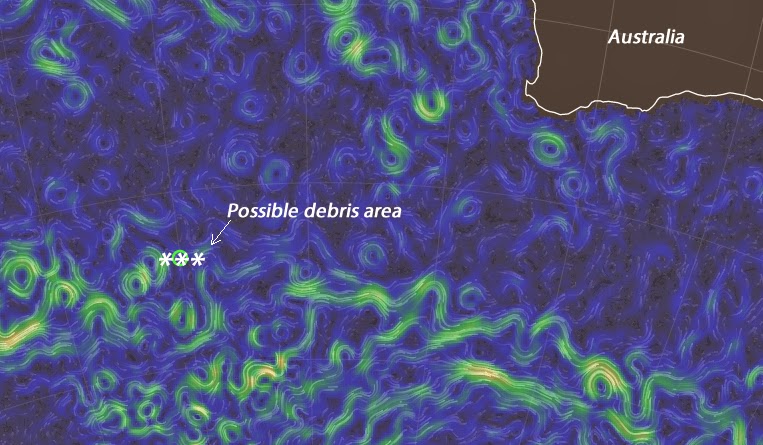 There is also another difficulty faced by the searching ships and aircraft. This region of sea is known to generate a network of spiraling eddies or locally circulating ocean currents on the ocean’s surface, that are likely to toss around the plane fragments or debris in random ways. This would make it even more difficult to physically locate the debris, even when the searching ship has reached the exact spot indicated by the satellite, because it simply might have been tossed around by the local eddys.

Readers can well appreciate the gravity of the logistical difficulties for the search by aircraft and ships even though numerous satellite images of possible debris have been made available. Weather experts predicted only a day or two of relatively calm weather before bad weather returns, making it almost impossible for the search to continue.