How much sugar should we eat? 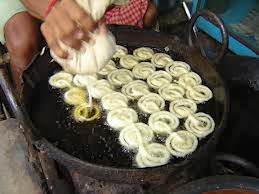 My mother used to tell a story about me, often to her friends. It appears that when I was a small boy of about 8 years old, there was some kind of a feast planned in the house that was to be held that evening. Before going to the school that day, I had overheard that Jalebis' ( a kind of fried sweet dish) would be prepared in the house, in preparation of the evening feast. After going to school, the thought of eating hot Jalebis' that melted in the mouth, had preoccupied my mind to such an extent, that under pretext of not feeling well, I had left the school early and had walked all the way home, a distance of 4 to 5 Km, just to reach home in time for lunch and devour those hot Jalebis'. 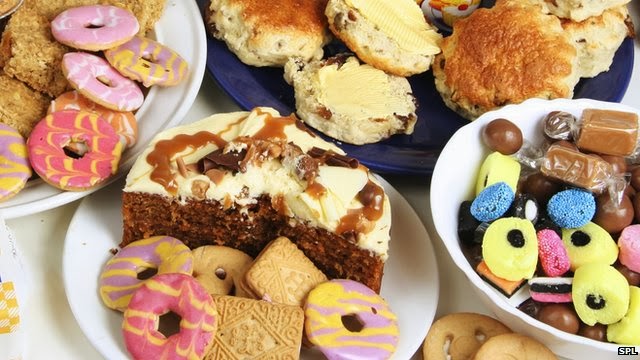 The story must have been true because I still love sweets. In fact, I am ready to grab any kind of dish, if it tastes sweet. From traditional Indian sweets like Shrikhand (a kind of thick sweetened yogurt), Gulab Jamuns, Jalebis' and Halwas' to western delights like cakes, pastries, puddings, jelly or Ice creams and even sweet salads, I devour them all. In fact, I always savour the prospects of a meal, if I know that there is some sweet side dish waiting for me along with it. 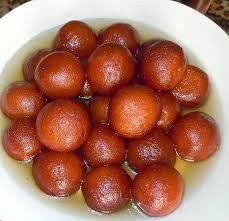 It is not that I am not aware of the bad effects of eating excessive quantity of sugar like; tooth decay, obesity, diabetes etc. etc. But old habits die hard and I still would like to have at least a bite of something sweet, along with my every meal. It looks like that the World Health Organization (WHO) has decided to put a dampener on the sweet tooth people like me now. WHO is now recommending that we should cut down on sugar so that our daily sugar intake is halved. But what was the original recommendation and half of that means what quantity? would be the natural doubt. WHO clarifies that its original recommendation, which was passed in 2002, was that sugar should account for no more than 10% of the calories in our diets. Now it says it should be changed to 5%. This figure includes all sugars added to food, as well as sugar naturally present in honey, syrups, fruit juices and fruit concentrates. Even food like bread, pasta, sauces and ketchup contain added sugar. According to WHO It works out at about 25 grams (6 teaspoons) a day for an adult of normal weight.

Scientific studies show that for the majority of people, with diets that are already rich in calories, there is no need for any of the extra calories sugar added sweets carry. The extra added sugar has no nutritional value for such people who are not starving or unable to absorb food. It can only contribute to tooth decay and obesity. The other problem is that most of the food with added sugar in it, has lots of fat in it too. For example my favourite Shrikhanda yogurt has lots and lots of cream in it. Jalebis' are deep fried and then dipped in sugar syrup- another high fat-sugar combination. 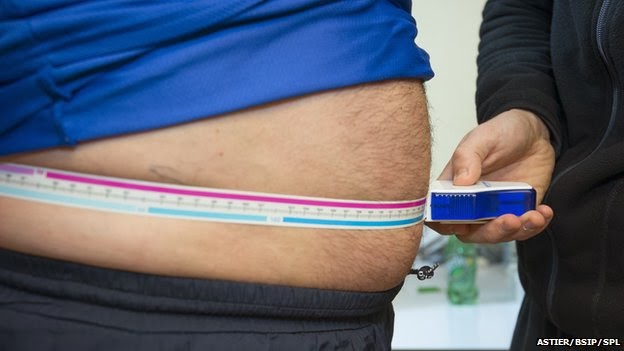 Most of us are aware of the fact that eating sugar-rich food can make a hefty contribution to the calories we consume, leading to obesity which is a sure way of inviting heart disease, type 2 diabetes, cancers and other causes of death. But scientists now believe that there is another angle that can cause problems for us besides just calorific content of sugar. It is now believed that the calories from sugar are not all treated by the body in exactly the same fashion. Body reacts to high intake of sugar-sweetened beverages in a different way. Our bodies find it easy to digest the sugar found in sugary drinks. This leaves us with a feeling of empty stomach, leaving us room to eat more, when in fact we have already taken in enough calories. Because of this, there appears to be a direct link between obesity and a high intake of sugar-sweetened beverages. Similarly too much of fructose(sugar from fruits) has been found to be promoting deposits of fat in the liver and other parts of the body. When we drink fizzy drinks and eat things like cakes, there are quick spikes in our blood sugar. According to some studies, such spikes in blood sugar can be linked to diseases such as diabetes.

The story of sugar consumed in India is not much different. In spite of 37.5 % of the population below poverty line and with widely accepted use of sugar substitute like gur and khandsari (raw sugar), Indian per capita consumption of sugar still remains around 20-22kg, just below the global average of 24kg. Sugar is an integral part of the diet in India and is consumed as an everyday luxury as well as a cheap source of calories. Sugar is consumed along with a wide range of traditional products like specialty sweets, sweet tea and lime juice. Added to it are the new products like biscuit packets and Rs.5 bottles of soft drinks.

As India's burgeoning middle class affluence grows, demand for more non-essential food items and processed foods is also growing. This has led to higher sugar consumption. India has now become world’s biggest sugar consumer, with a population of 1.2bn, and consuming one-third more sugar than the EU and over 60% more than China. WHO's new recommendation is therefore of special relevance to India.

All this appears like bad news for my sweet tooth. Let me add one more teaspoon of sugar to my cup of tea, to get over the blues!