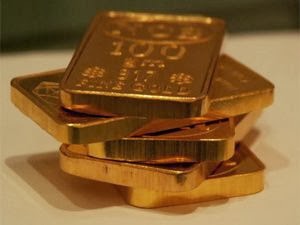 Indians along with Chinese, are known for their lust for gold. From times immemorial, Indian families have been hoarding gold, which forms the main part of family treasury. At the beginning of our era, India was a prosperous region, exporting huge amounts goodies so much desired by people in Arabia and particularly Romans. The imports from India included spices, pearls, muslin,ivory etc, while exports to India were very few and consisted mostly of wine, musical instruments, singing boys and dancing girls. The balance of trade was so adverse that Rome had to pay in Gold Bullion to India every year. Pliny the Elder ( a Roman author, naturalist, and natural philosopher, as well as naval and army commander of the early Roman Empire) has commented while remarking about the adverse balance of trade of the Roman empire: “This is the price we pay for our luxuries and our women. At the last reckoning one hundred million sesterces are taken away by India, Seres and Arabia.” All this gold imported into India over last two thousand or even more number of years, has just disappeared and no one really knows how much gold Indians actually have with them. Western economists do not understand this craving for gold by Indians, when gold metal is not even mined in India. Some say that Indians are fascinated by Gold. This is one of the most stupid arguments, I have ever heard and it hurts the native intelligence of Indians. Indians are not small children to get fascinated by something that glitters. Indians do not buy diamonds, which glitter even more, the way they buy gold. 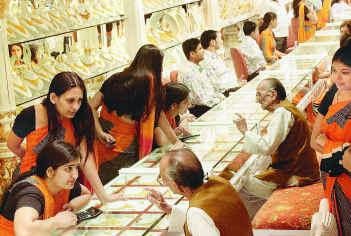 My grandmother always used to tell me that for a woman, her best friend is her gold. I was just a school boy then and could never understand the real meaning of what she said and would always wonder as to how a piece of metal can be someone's friend. Now, not only I am ready to vouch for what she said, but would also gladly extend its scope, saying that for every person, a piece of gold any time would be his best friend. There is a well known English phrase that says “ A friend in need is friend indeed,” how true! And a piece of gold perfectly fits this description of a friend as well. Governments come and go in India. They bring in restrictions on gold trade to cut down imports, only to lift them later as they realise the futility of it all. 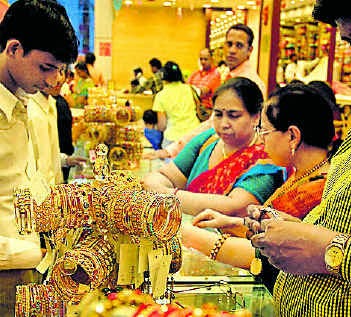 Government obviously does not like such lusty buying of gold by it's citizens. When anyone in India buys gold, he is actually spending dollars since no gold is mined in India. If many people start buying gold, demand for dollars goes up and makes dollars strong vis a vis Rupees. This depreciates the Rupee and makes other imports like oil also more expensive. Since Government does not want to increase the market prices of oil based products, it gives subsidies to oil companies. This increases the fiscal deficit of the Government. Higher deficit means Government starts borrowing more and more. This makes overall money supply very tight and interest rates increase. The result is that the economy grows at slower rate. 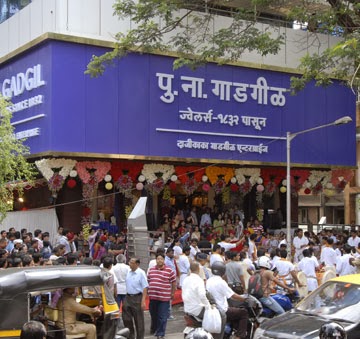 In 2013, India's current account deficit (CAD) reached a record 4.8% of GDP. According to the Government the yellow metal is one of the biggest contributors to the country's trade imbalance, second only to oil. To reduce this deficit Government increased import duty on gold to 10% and banned direct import of gold by banks in India. This has definitely helped and India's official gold imports fell 63% compared with the year before. The IMF expects India's current account deficit also to fall to around 3.3% of GDP this fiscal year. After imposition of this duty, the price of gold in India continues to be about Rs 4,000 higher than the price in Dubai.

But have these measures really helped to bring down gold consumption in India? I do not think so. Although it's impossible to calculate exactly how much gold was smuggled into the country in response to import restrictions, the Indian Finance Minister estimates that about 30 to 40 tonnes of gold must have come through unofficial channels. However World Gold Council believes this to be an underestimate and says that smugglers must have brought in around 200 tonnes throughout the year. That is a staggering number, but is likely to be realistic considering the tonnes of gold brought in by air travellers to India. 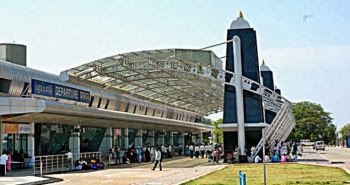 Eligible passengers, (Persons of Indian Origin or an Indian returning to India after a period of six months of stay abroad.) are allowed to import gold up to 1 kg as personal baggage by paying 10 per cent customs duty in foreign currency. Between April-December 2013, customs officials seized about 200 kilos of gold from just from three airports in south India—Kochy, Trivandrum and Trichy, compared to just 10 kilos last year. Government has now realised that many unscrupulous elements are smuggling gold by hiring eligible passengers to import gold on their behalf against this 1 Kg rule.

The Government has now tightened baggage rules, requiring inbound Indian passengers to provide details such as source of funds for importing the metal as well as their air tickets. The baggage receipt issued by the Customs will now include the engraved serial number on gold bars and the item-wise list of ornaments. However, it is doubtful whether these measures would bring down the quantities of gold brought in India as smugglers can always find new ways.

By June 2014, a new Government would be in place in Delhi. It would have to address the problem of Gold imports. However if inflation continues to rage, people are going to buy gold, whatever may be the price or import duty, whether it is legally imported or smuggled. My grandmother's advice is valid even today. A piece of gold is man's (or woman's)best friend for sure, even now. The new Government would have to bear this in mind, no doubt! With India's population having this kind of mindset, the gold smugglers are never going to say die and on the contrary are going to prosper, unless gold prices return to the same level as international price of gold.