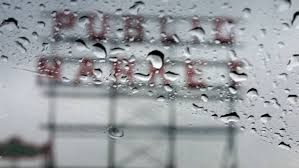 Many US cities have popular nick names. New York is known as Big Apple and Chicago is called as Windy City. Similarly, Seattle in northwest is often known as rain city. In fact, I heard in private conversations, that going outside in Seattle without an umbrella is tantamount to committing suicide? I can not give you any first hand impressions because I have never been to Seattle. But a little research on net tells me that Seattle has a relatively high amount of days per year with precipitation (158), compared to such places as New York (119), Boston (127), and Nashville (119). But these other cities get an average of about 16% more rain per year than Seattle. Which means that it rains a lot less in Seattle, but is spread out over many more days. This is why almost no native Seattle-ite carries an umbrella generally. When it does rain, it tends to be a very light drizzle that isn’t bothersome. The point I am trying to make is even if some people are calling Seattle as a rain city, it's a misnomer and no one would probably miss the rain there because it does not affect the life of residents.

There are other cities in South east Asia where it rains much more, almost on three or four days, every week round the year. Yet people are not bored with so much rain, they actually want it, as their living and well being depends upon it. Take the case of Singapore. An unusual dearth of rainfall in the month of February 2014, has raised alarm bells there. Last month has turned out to be driest month on record even when it is the shortest calender month of the year. Rain fell for just seven days during last month. Singapore's environment and water agencies announced last week in a joint statement that the city measured just 0.2 millimeters of rainfall last month, the lowest reading since rainfall records began in 1869, and well below the historical average of 161 mm. The previous record low was in February 2010, when 6.3 mm of rainfall was recorded. 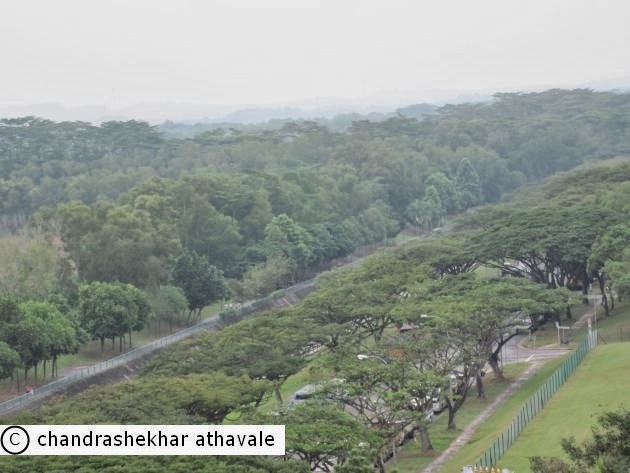 Why reduced rainfall in just one calender month is raising alarm bells in Singapore? There are reasons for that. It is an island state with total land area measuring just 714 Sq. Km. It is highly urbanised state with 5.3 million inhabitants But has only about 400 Sq. Km left vacant as rain catchment area. Being a small island without any major natural aquifers and lakes and a limited land area to collect rainwater, Singapore has been forced to make serious efforts for rainwater harvesting. Rainwater is collected through a comprehensive network of drains, canals, rivers and storm water collection ponds before it is channelled to Singapore's 17 reservoirs for storage. This makes Singapore one of the few countries in the world to harvest urban storm water on a large scale for its water supply. 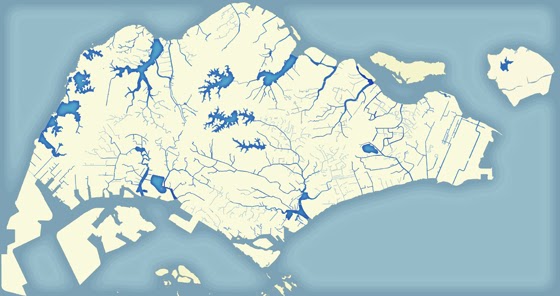 In spite of all this careful management of catchment areas and rain harvesting, Singapore manages only to get about 200-300 million gallons per day, depending on rainfall, from natural rain. It manages to get about 165 million gallons more from reclamation and desalination plants, though at much higher cost. It still leaves a big gap as water from these resources can meet only half it's requirements. To meet the shortfall, Singapore imports about 250 million gallons of water per day from neighbouring Malaysia. This water is available at present at a low cost. However, when the validity of the international agreement ends in 2061, Singapore is likely to face a major challenge as Malaysia has been demanding a much higher price for the water.

Singapore's PUB (public Utilities Board) says: “ Water demand in Singapore is currently about 400 million gallons a day, with homes consuming 45% and the non-domestic sector taking up the rest. By 2060, total demand could almost double, with the non-domestic sector accounting for about 70%. On the supply side, we are on track to more than triple our NEWater capacity and ramp up desalination. Together, these will be able to meet up to 80% of water demand in 2060.” 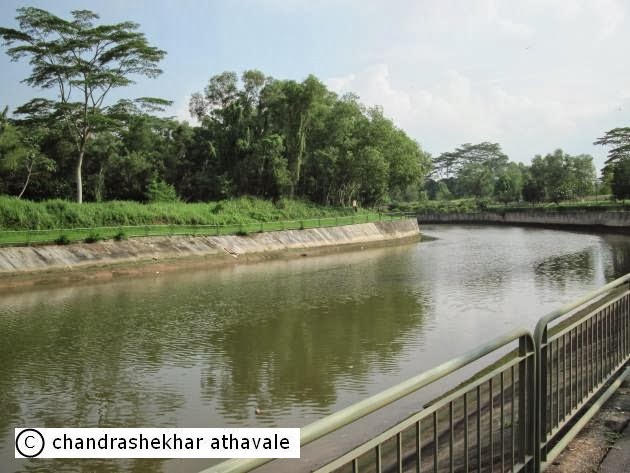 This is all fine but the crucial factor in all this planning is that there is enough rainfall in the first place, which can be harvested. The alarm bells, ringing in Singapore, just because there was no rain in last February, have to be seen in this light. Singapore weather always has a dry phase of the northeast monsoon season, around February-March. This year it has been much harsher with the parched conditions already turning the lush island-nation, brown. Even neighbouring Malaysia is facing a similar dry spell. Authorities in Selangor, the country’s most populous province, have started rationing water after levels in rivers and reservoirs there reached critical lows. 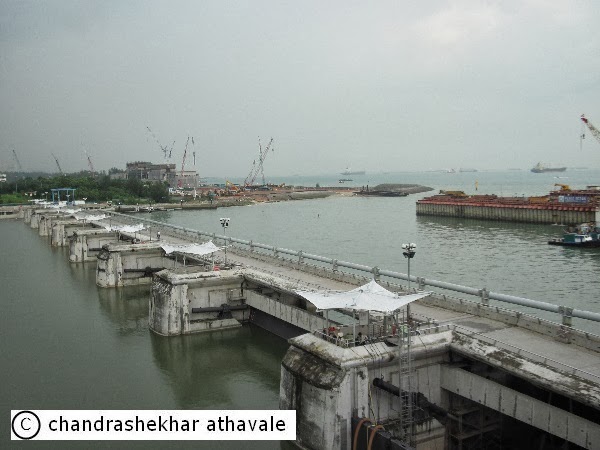 PUB Officials do not see any need for rationing water as yet in spite of the dry spell but are advising companies, building managers and residents to save water, and are discouraging residents from washing their cars and watering plants. The matter is serious though, as Prime Minister Lee Hsien Loong has advised Singaporeans through his Facebook page: “Do try your best to conserve water, and use only what you really needed.”