A sentimental journey to the past 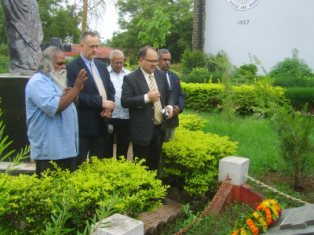 In the year 1939, when Nazi Germany and Communist USSR, attacked their common neighbour Poland, improvised Polish army was no match for the invading armies and soon the polish nation surrendered. Nazi Germany and USSR decided to divide Poland between them. Germany holding on to west Poland and USSR on to east Poland. Both the Nazis and Soviets sent huge numbers of Poland’s elite, like military families, police, doctors, teachers, and anyone else suspected of patriotic feelings to prisons and labour camps. Soviet Union later went a step further. They decided and deported more than 1.5 Million Polish citizens to deep interior points like Siberia and Kazakhstan. The purpose of these deportations were two fold. Firstly it was thought that it would simplify the polish integration into Soviet empire. Secondly it provided a supply of labour for Soviet Union's collective farms. Entire families were packed into railway goods wagons in Poland and were confined in them for six weeks as the trains rolled east towards Kazakhstan. Anyone trying to escape was just shot. The deportations soon got converted into a massacre as starting from April, 1940, the Soviets killed an estimated 18,000 Polish army officers and professionals in an event that has come to be known as the Katyn Forest massacre, after the region in Russia in which the executions were conducted.

However, as things turned out later, the same deportations became a deliverance for the deportees from the Nazi concentration camps and the subsequent genocide. In 1941, Hitler suddenly attacked Soviet Russia with a blitzkrieg. This made the Soviets change their strategy towards the Polish deportees. At that time, thousands of Polish deportees were in prisons in Russia. It was thought that an army could be created out of these deportees, who could fight the Nazi's. A general amnesty was declared to all polish deportees. An exiled Polish Government in London readily agreed to formation of this army and an agreement was signed with Soviets. This army was supposed to fight in North Africa with the British and was to be assembled at just north of the USSR border with Iran, on its way to middle east through Iran. 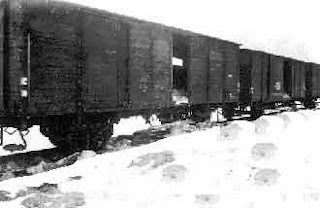 The soldiers were supposed to gather together in bases in Turkmenistan and Uzbekistan before proceeding further. All the polish deportees saw this mass transit of soldiers as an opportunity to escape from harsh life in USSR and an epic journey of thousands of Polish families began towards Turkmenistan from all over USSR, who hoped to join the soldiers and eventually cross over to Iran.
To take up this journey, many families had to escape from the community farms (many farm bosses simply refused to allow them to leave.), have money to buy train tickets and travel for months from Siberia to south. They had to change trains frequently, sleep on bare floors. Conditions were filthy with no proper washing facilities at stations. People were infested with lice and infections spread like wild flowers. Many of them died just waiting for the train tickets.

Polish army, along with migrant families, crossed into Iran by ship across the Caspian Sea or by road at the end of 1942. Some 37000 adults and 18000 children made it. After this, the soviet border was closed and another Million Polish citizens remained trapped inside forever. Iranian's were sympathetic towards the polish and treated them kindly. Some of them stayed in Iran but majority moved towards Afghanistan and finally to India in April, 1942. 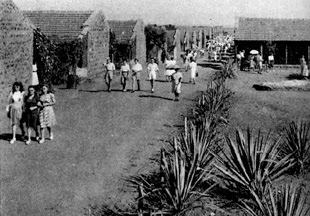 In 1943, work started on a camp in Valivade, in Kolhapur, another princely state,(now part of Maharshtra state) that was intended to provide war-time domicile for 5,000 Polish older people, women and children from the Soviet Union. It was designed to be “a Polish village on an Indian riverbank.” The Valivade, also known as Gandhinagar, near the city in 1942-43. Valivade, camp, named as 'Gandhinagar,' turned out to be the largest refugee camp for Polish migrants in India.

Last week, after a gap of almost 71 years, a large group of Polish citizens including two ministers arrived in Mumbai to make a sentimental visit to Kolhapur city. Jan Stanislaw Ciechanowski, minister for war veterans and victims of oppression, and Andrzej Krzysztof Kunert, minister for council for protection of struggle and martyrdom, are accompanying the delegation. The Polish delegation have special memories about the city, where they were protected and attended school. They wanted to pay homage to the people who died during their stay in Kolhapur. Before reaching this city late in the night, the delegation visited Panchgani near Mahabaleshwar, where the Polish refugees stayed between 1943 and 1947. They visited in Panchgani, St Joseph convent school and TB sanatorium. Where some of the Polish refugees had lived 70 years ago in rented homes. 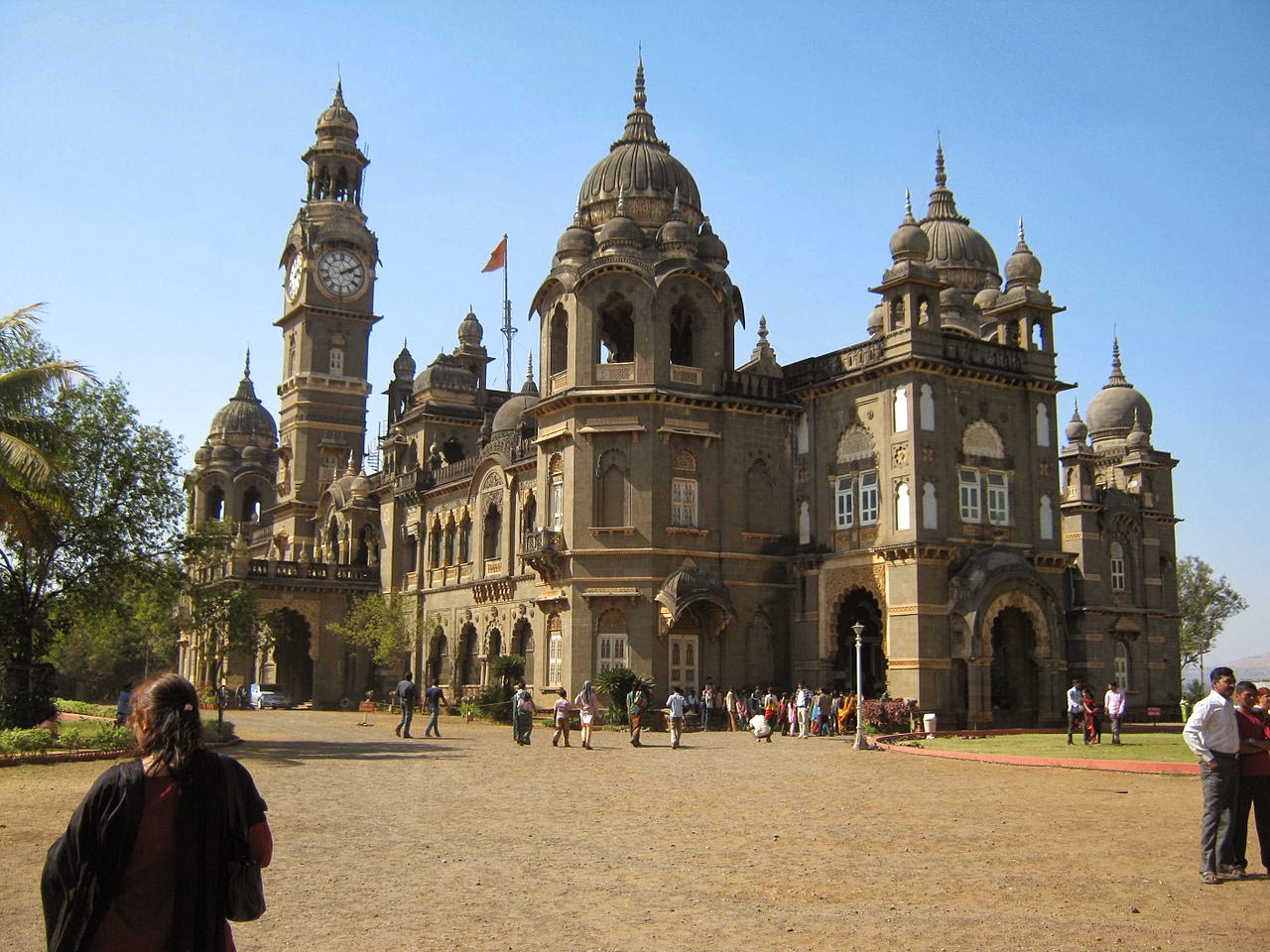 Vijaysinh Gaikwad, a retired Indian colonel and president of the ex-servicemen welfare association of Kolhapur, is involved in the preparations for the reunion. He says that his father had a shop at the camp and he still remember its residents. He adds: "For the past two decades, we are in touch and they desperately wanted to visit this place. Most of them are in their eighties and are very excited to relive their childhood.” Polish Consul General in Mumbai Leszek Brenda echoed the feelings and said: “We have a very strong bond with this city and its people, they protected our children and families during the most tragic period for our country.”

The delegation spent two nights and three days in Kolhapur, when they visited St Francis Xavier's Church, War Memorial at Mahavir garden and cemetery in the city. The most sentimental and touching part of the visit however was, when the delegation visited the cemetery near Tararani Chowk. It was here that 78 of their former near and dear were laid to rest. Several events were also organized for the delegation.

For many of the delegates, the visit was something, they have been waiting for many years; something that connected directly to their past.