A night of the long knives 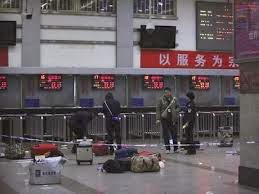 There are regions in the world like Pakistani province of Khyber Pakhtunkhwa, which remain politically unsettled and trouble can flare up there at any moment on any day. There are also some regions, which are politically stable, yet a turmoil can happen their at a slightest pretext. China's western autonomous region of Xinjiang is one such dangerous area. It is home to an ethnic Muslim minority called Uighurs, who are a Turkic-speaking people who regard themselves as culturally and ethnically close to central Asia, despite a long history of Chinese rule there. The Chinese Communist Party gained control over the region in 1949. In 1955, it was declared an autonomous region, giving it a status on the paper, similar to that of Tibet.

Politically, Xinjiang can be called as a cross road, because it shares borders with Mongolia, Russia, Kazakhstan, Kyrgyzstan, Tajikistan, Afghanistan, Pakistan and India. Over the decades, Chinese Government has encouraged large scale migration of Han Chinese migrants to the region, displacing Uighurs from their traditional lands and fueling tensions. There are more than eight million Han Chinese in Xinjiang against 10 million Uighurs. The newcomers take most of the new jobs, and unemployment among Uighurs is high. There is wide spread resentment against discrimination and harsh treatment by security forces, despite official promises of equal rights and ethnic harmony. Some of the Uighurs even want outright separation from China and want Xinjiang region to become an independent country called “East Turkestan.”

The simmering tensions between Uighurs and Han Chinese have erupted into riots in last decade. In July 2009, rioting killed some 200 people and injured 1,700. In July last year (2013), 35 people were killed in a town. Renewed protests last year also turned violent and are believed to have claimed more than 100 lives. Hundreds are believed to have died in recent years, but the violence has always been restricted to Xinjiang region only.

However in October last year, when a jeep veered into a crowd in Beijing’s iconic Tiananmen Square, and then crashed and burst into flames, killing five people, Chinese declared immediately, that it was work the work of terrorists from Xinjiang, and within 10 hours of the crash, authorities had arrested five suspects in a night raid who were in possession of long knives and flags calling for “jihad.” Many international analysts think that China has found it useful to blame ethnic tensions on any act of terrorism to gain sympathies at home though we shall never know the truth. Incidents involving Uighurs are always labelled as “terrorist attacks” by Chinese authorities, although the description is rarely used for incidents carried out by members of the Han majority, who may have some grievances against society or the state to settle and have resorted to violence.

Yunnan is the southwest province of China, bordering with Myanmar, Laos and Thailand. It is more of a tropical region with a lush green cover. It is also one of the most beautiful regions of China and is the home of the famous Chinese Tea, which is grown in the hilly region around state capital Kunming- also is a popular tourist destination in China. Yunnan is a peaceful region and has no history of any violent clashes between locals and security forces. Yunnan also happens to be 1600 Km away from troubled Xinjiang region. 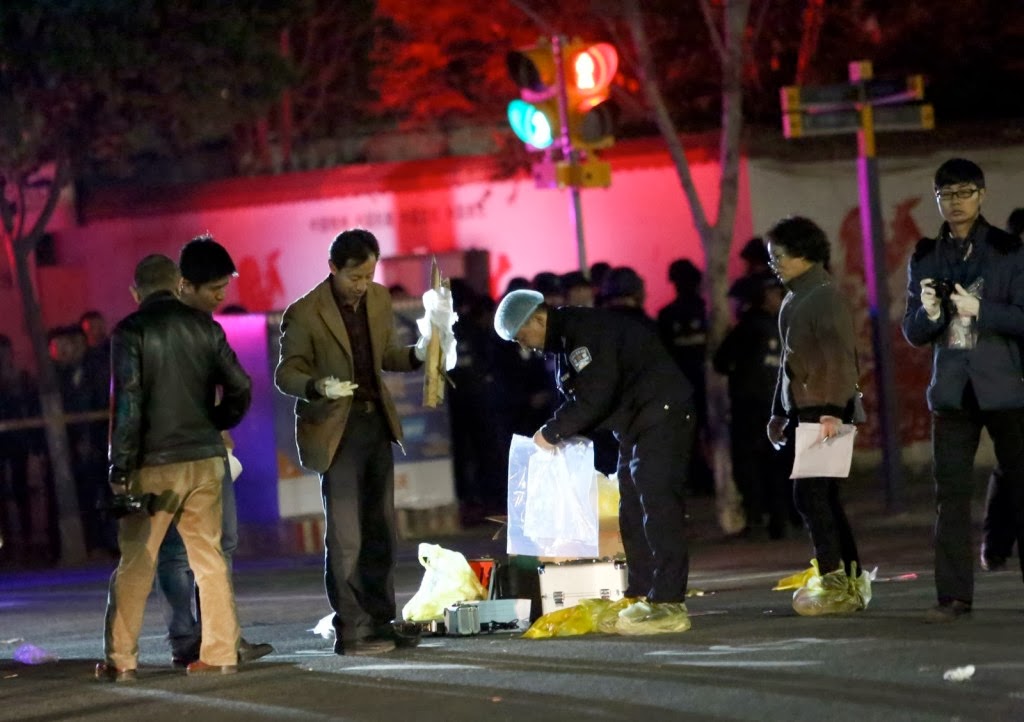 On the night of March 1 2014, a group of men carrying weapons burst into the Kunming train station plaza and the ticket hall. The armed assailants dressed in black, launched a blistering attack with long knives and started slashing indiscriminately, the innocent people queuing to buy Railway tickets. Police teams were called for and they started shooting the assailants. Police shot dead at least four attackers, but by the time assailants disappeared, 29 people were lying dead and more than 130 were wounded. Photos posted on Sina Weibo — a Chinese version of Twitter — showed blood spattered across the station floor and medical staff crouching over bodies lying on the ground along with images of spectacles, shoes and baggage strewn across the floor of the waiting room behind police tape. Chinese state media are calling the incident as China's 9/11.

Within few hours, The Kunming city government issued a statement saying that the attack was orchestrated by separatists from the northwest region of Xinjiang. The announcement was rather surprising because so far periodic violent clashes in Xinjiang have been between locals and security forces and civilians were never targeted, it was also not very logical that terrorists would strike in politically insignificant Yunnan, more than 1,600 kilometers from Xinjiang. 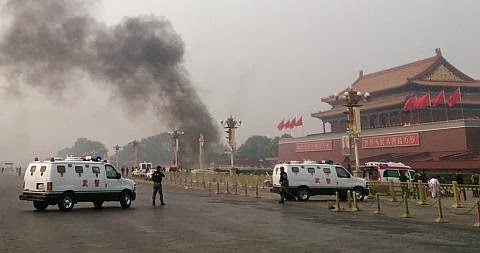 Though some China analysts are raising a question mark about participation of Uighurs in Kunming attack because it is so far away, it must be noted that it is entirely possible. I am more inclined to call it China's, 26/11, comparing it with the carnage carried out by Pakistan based terrorist outfit in Mumbai in 2008. In this attack also, hundreds of innocent people were killed and terrorists had came all the way from Karachi, a place at least 900 Km away. Unfortunately, total lack of transparency in China, makes it rather difficult to comment and be sure about the real facts.

One thing that surely has come in as an aftereffect of this incident, is the widening of the rift between Han Chinese of Yunnan and Uighur, who would now always be watched with suspicion there, leading to their further isolation from mainstream politics. There is a fear that if the Chinese government starts using this threat of separatists to justify their heavy-handed security and policies in Xinjiang, such incidents might even recur frequently as a backlash.