The feeling of pain 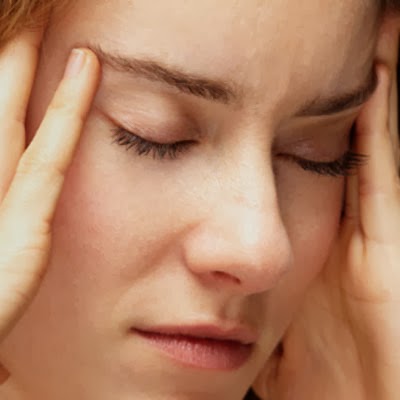 As we grow older, our bodies start complaining about pain of some kind or other, as a response to situations, which it does not like any more. A famous quote from a writer rightly describes the old age pain in these words: “When you get up in the morning and realise that there is no pain at all from any part of your body, trust that you are dead.” Leaving aside the humour aspect of this quote, there is a lot of truth in this. Its a daily and universal battle for most of the seniors, who have to manage pain of some kind or other all the time.

Feeling of pain is not something that is only reserved for old people. Each and everyone of us is familiar with this feeling right from our childhood. Some of the specialized pains though appear later in life. Take for example head aches due to sinuses. Since sinuses do not develop in human body till the child is 12 years old or so, sinus pain is not known to children. The Pain, which we feel is essentially of two kinds, physical pain, which occurs due to some external cause or a malfunction of a body organ and the mental agony or heart break that we face due several reasons. But mental pain is caused by stress of some kind and is more in the realm of the psychologists. I am more concerned here  about the physical pain, like head aches, stomach aches or pain in organs like hands or feet caused by multitude of reasons, even physical discomforts. Pain is such a wide spectrum phenomenon that one in five, of the population anywhere, suffers from acute or chronic pain. 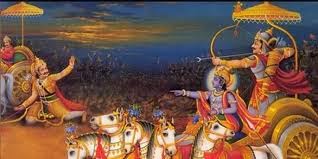 There a famous story in Mahabharata, the Indian classic, about Karna, one of the greatest of warriors, who feature in the story.

“ Karna was actually a Kshatriya (Warrior race) by birth but was abandoned by his mother. A fisherman found him and raised him.  Karna however was a born fighter and interested in craft and art of war and was not ready to give up his interest. He decided to learn it from sage Parasurama, the great master of all weapons.  Unluckily for Karna, sage Parasurama had taken a vow to kill all Kshatriyas living on earth and therefore taught only to Bramhins.

Karna decided to play a trick to achieve his goal  and approached Parasurama disguised as a Brahmin and politely told him that he was a Bramhin and had  come to learn from him.  Parsuram believed in him and asked him to stay at his hermitage. Karna lived happily at Parasurama’s hermitage. He was his master’s best student and served his guru with utmost sincerity and respect.

However, one day Parasurama was laying down with his head on Karna’s lap and fell asleep soon. A flesh-eating insect bit Karna and started biting his thigh and a wound was formed which was very painful. But Karna did not move at all and bore the pain with fear that his guru might wake up from his rest. He could not brush off the insect without moving his master’s head. So he suffered the killing pain silently. But the blood, which flowed from the would touched Parasurama’s cheek and he woke up. When he saw the blood, he  jumped up and asked Karna about it. Karna then told him the whole thing and  explained, “You would have woken up if I had moved and so I stayed still. I am sorry I could not control the blood oozing out from the wound.

Parasurama was by now very sure of one thing. He knew that  no Brahmin could have suffered such a pain in silence and the boy has to be a Kshatriya. He asked Karna to tell the truth. Karna explained everything honestly. The explanation made Parasurama angry. His favorite pupil’s trick made him furious. He cursed Karna.”

Rest of the story is of irrelevance to us. I have narrated this story here, just to point out that pain threshold or the point when a physical discomfort becomes a pain, varies from a person to person. Take a simple example of the summer heat. Some people just can not tolerate the heat at all. They would start sweating profusely and generally would become very uncomfortable. Similarly few people can not tolerate chilly winds at all, while others may be enjoying them.

Then what is it that that makes a physical discomfort only for some people as painful, when the same discomfort may be just a minor irritation for others. Since everything about our bodies is decided and controlled by our genetic DNA sequencing, it is natural to assume that our pain thresholds also would be defined by or genes. Doctors however say that sensitivity to pain is complex, with wide individual variation. Previous studies have suggested  that about half of the influence is explained by genes.

To determine what part of our genome actually defines this pain threshold, researchers led by Dr. Tim Spector, professor of genetic epidemiology at King's College London, decided to carry out a simple experiment. 25 pairs of identical twins, were tested for pain threshold  using a heat probe placed on the arm. Since identical twins share 100% of their genes; any difference between identical twins can not be genetic and would have to be due to their environment or changes affecting the function of their genes.

The  participants in the study were asked to press a button when the heat became painful for them, which allowed the researchers to determine their pain thresholds. Later on, researchers examined  the whole genetic codes (genomes) of the twins and compared them with 50 unrelated individuals by using  DNA sequencing. Surprisingly even though one of the twins from the pairs, had felt pain, her or his identical twin had not felt it at that point of physical discomfort. The research team was then able to detect chemical changes within nine genes, which could be correlated with pain sensitivity, that were different in one twin but not in her identical sister.

Tim Spector, says that these chemical changes in nine genes, are like a dimmer switch for gene expression. He adds: "This landmark study shows how identical twins, when combined with the latest technology to look at millions of epigenetic signals, can be used to find the small chemical switches in our genes that make us all unique - and in this case respond to pain differently. The chemical changes act like a "thermostat" or "dimmer switch" to set an individual's pain sensitivity.” 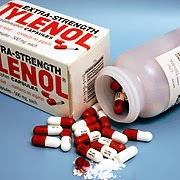 This study is important from point of view of sensitivity to pain, which is extremely complex, with wide individual variation. Even twins sharing 100% of genes have different pain thresholds, which can potentially be altered by lifestyle or medication. The study is important as it  could lead to new painkillers or lifestyle interventions. 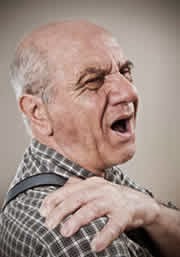 There is often a common belief that some people have a delicate body or are weak just because their pain threshold for a particular type of pain is lower. This study very well proves that level of pain threshold is decided by our genes and has nothing to do with our being strong or delicate. With old age probably, the pain threshold also starts becoming lower.