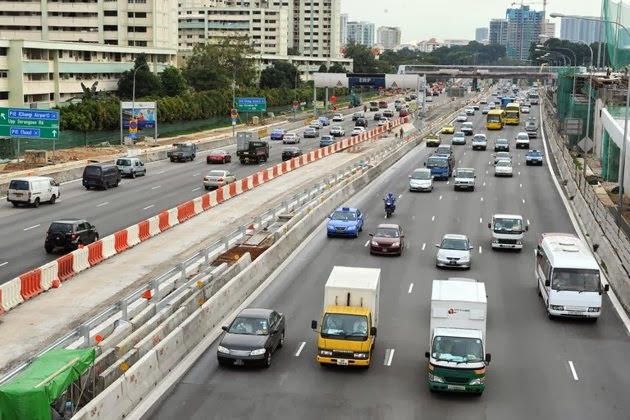 Sometime last year, we were driving down Singapore's Central Expressway, to go to a small community hall in the Braddel area, to pick up my grand daughter, who had gone there for some dance practice. My son-in-law, who was driving the car, somehow missed the left exit and realised it after having gone about half a mile ahead. The only choice before us was now to take a 'U' turn and again try to find the missed exit. To our astonishment, we found no place to take a 'U' turn for miles and miles ahead. After we found it, we turned back and returned to the original point, where we had to exit the expressway. To our horror, we found there was no exit available on this side of the road at all. This meant that we had still to go ahead for few more miles, again take a 'U' turn, come back to the original point, where we had missed the exit and then take that correct exit. All this jugglery took exactly 30 minutes or so. My grand daughter was terribly indignant and furious at the delay and it took a great effort to pacify her.

This is the problem, when you miss an exit, on a one way street. Fortunately, there are always ways to correct your action, though at the cost of missed time and energy. But when we are dealing with the longest and hardest one way street of them all- our life time- and if we miss an exit here, there is just no way to take a corrective action at all, we simply have to forget the option of taking that exit. There is a famous quote by some unknown author that says: “ life is like a one way street, you can look back you just cant go back.” How true it is! 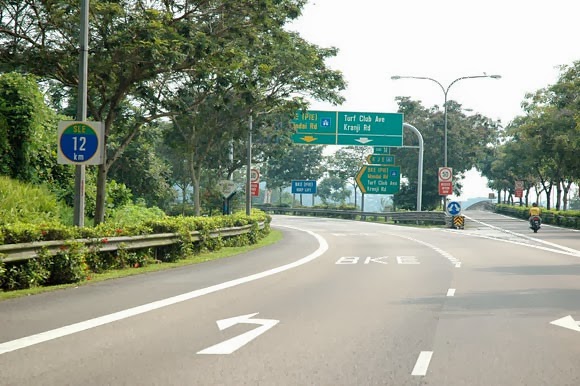 A lady of my acquaintance had to sell off her house and had to shift to a rented place. due to some financial mishap. Few years after that unhappy incidence, she had regained her financial stability and should have gone in purchase of a flat as her first priority. But she did not do that, thinking that she would buy it later, when she can perhaps buy a bigger place. Unfortunately for her, the housing market and the their prices there just flew off growing at an astronomical rate, making it impossible now, even to get a modest dwelling in a nearby locality. This is what happens in life, if we miss an exit, there may not be another one at all.

My mother was ailing for number of years. I did whatever I could to comfort her and bring down her pain- at least I thought so at that time. These days, years after she is gone, I keep getting these nightmarish moods when I am alone- in which I keep feeling that I should have done probably better or something more for her in her last years o reduce her pain. It really gives me the dumps and takes a little bit while to recover. The point is that we should really try and do our best in such situations as a feeling of unwarranted guilt may start haunting us later from which, there is no escape at all. Probably worst case of missing the exit in life- in such matters- is if some near or dear one is terminally sick and we refuse to believe in the inevitable future and just continue with our usual life neglecting that person. Later, when that person is no more, a feeling of guilt engulfs us for rest of our lives. I have seen this happening. 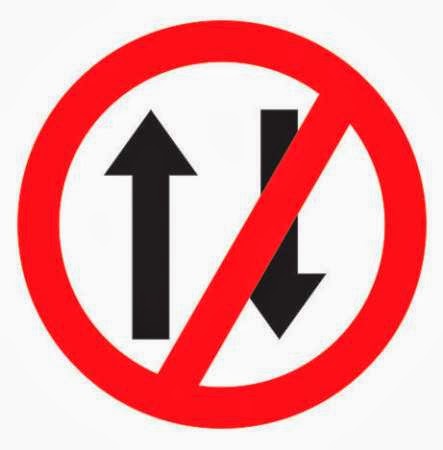 They say that opportunity knocks on your doors only once. If you don't grab it, its gone forever and may never touch your life again. This is absolutely true, not only for businesses but also for people serving a job. A friend of mine was once asked, whether he would do an optional assignment, where he would have to travel and also put in extra hours and there was no financial benefit as such. My friend refused to accept it and it was given to someone else. Later, when the promotions were announced, this other guy got it and my friend was left high and dry.

Opportunities can come in any field. Last month, airlines in India, made a great offer in which airlines tickets were offered at 30 % discount only for a period of 3 days. This needed quick thinking and decision making. Those who availed of it, are going to have a great summer holiday, because they would have extra cash available for other expenditure, having spent much less on their tickets. Off course, these kind opportunities are not once in a life time incidences and may come to us again and again. We need not feel too bad about having missed them because another one can come your way in future. Similar to this are the opportunities offered by super markets. Many people think it to be below their dignity to rush and grab such merchandise. I see nothing wrong in it. If I want something and it is available cheaper, why not go for it.

A friend of mine lives in US, when I visited him for the first time sometime in 1970's, I was amazed to see the lady of the house, painstakingly going through weekly offers made by various grocery chains. She would compare the prices and then would decide, what things to buy where, which she needed in the house. I asked her one day, about how much she saves by this effort. I was amazed with her answer that she can save 30 to 40 % by this simple exercise. We never had that kind of choice in India then, because there were no super markets. But now I can see a lot of truth in what she told me, as super market culture has finally reached India.

Our lives are definitely one way streets. If we do not grab things available, they may never be available to us again. Some people are natural misers. They do not want to spend money at all and want to save so that they can enjoy later. But, in this one way street of life, the fun and pleasures of life, even if they become available to us in later years, would prove to be of no use at all because neither our mind or our bodies would be in a position to enjoy them.