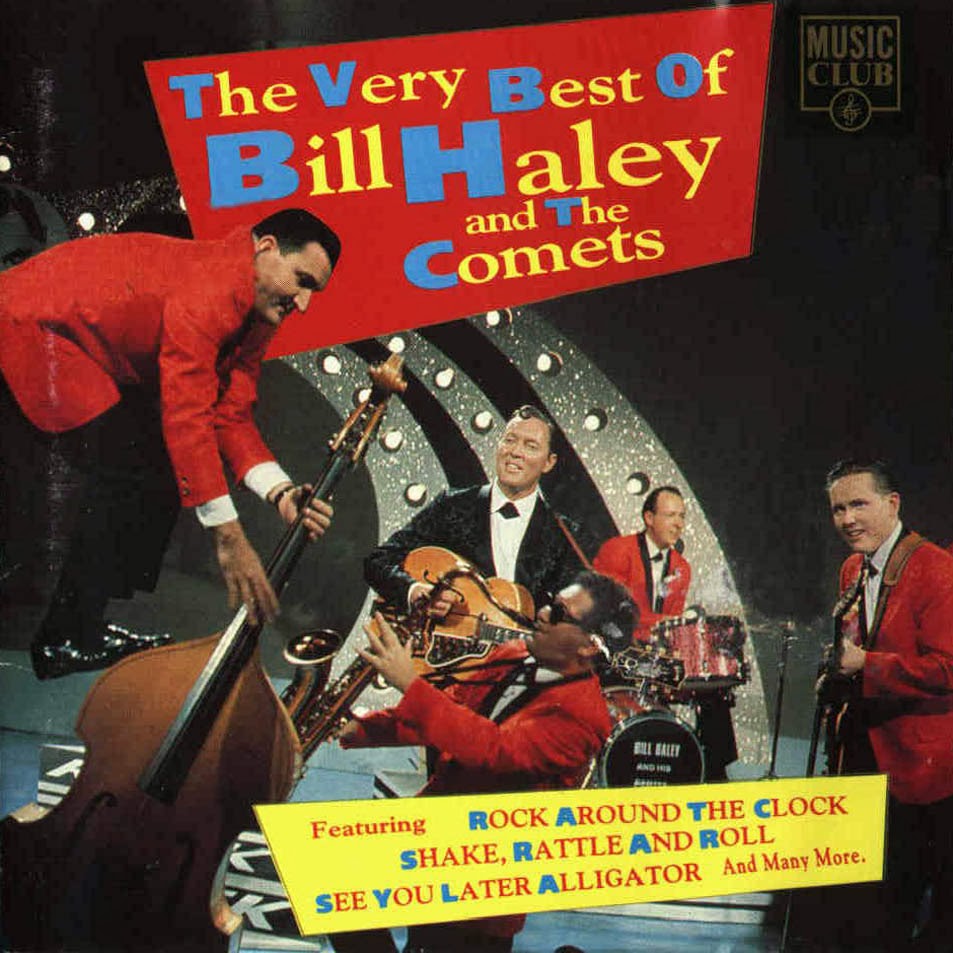 Bill Haley & His Comets was an American rock and roll band that was founded in 1952. This week, we have Their greatest hit "Rock Around the Clock" that introduced Rock 'n' Roll music to the world.  on April 12, 1954, Bill Haley & His Comets had recorded this song, although it was only a minor hit when first released. Later, when it was used in the opening sequence of the movie Blackboard Jungle a year later, it set the rock and roll boom in motion. The song became one of the biggest hits in history, and frenzied teens flocked to see Haley and the Comets perform it, causing riots in some cities. "Rock Around the Clock" was a breakthrough for both the group and for all of rock and roll music. If everything that came before laid the groundwork, "Rock Around the Clock" introduced the music to a global audience.

If you can not see the embedded video on your android devices, here is the link. http://youtu.be/ZgdufzXvjqw  You can also copy and paste the link  in your You Tube App. If that also does not work, search You tube, Bill Haley & his comets  rock around the clock

Email ThisBlogThis!Share to TwitterShare to FacebookShare to Pinterest
Labels: Bill Haley and his comets, Long forgotten musical tracks, rock around the clock