Kalashnikov rifles to be manufactured in India 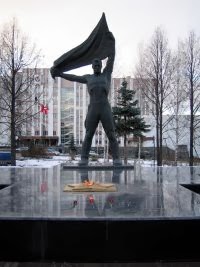 The capital of the Udmurt Republic in the Russian Union,  Izhevsk is a small city with a population of about 600,000 people, located to the West of the Ural mountains and on the banks of Izh river, which is a tributary to the Kama river. There is nothing much to describe about the city except for the fact that the city's history is predominantly industrial with an emphasis on metal working and arms production, and this is still the case in the city today. During Soviet era, Izhevsk was a closed city with No foreigners ever allowed to visit the city. It was even difficult for Russians to visit Izhevsk. This was mainly due to the weapons manufacture that took place in the city. Today Izhevsk welcomes visitors, yet it is not even listed in the lonely planet travel guides.

However, Izhevsk city's fame comes from the fact that it is the home of Michael Kalashnikov, who in the late 1940s designed the AK-47 assault rifle which has proved to be one of the most successful small arms designs in history. During World War II Izhevsk supplied around 12.5 million arms for the Russian army. Izhevsk was also the birthplace of the Russian motorcycle industry. Izhevsk factories still produce small arms as well as other weaponry, cars and motorcycles. Recently, a Kalashnikov museum has  been built in Izhevsk since the death of Mikhail Kalashnikov on Dec. 23, 2013 at the age of 94. 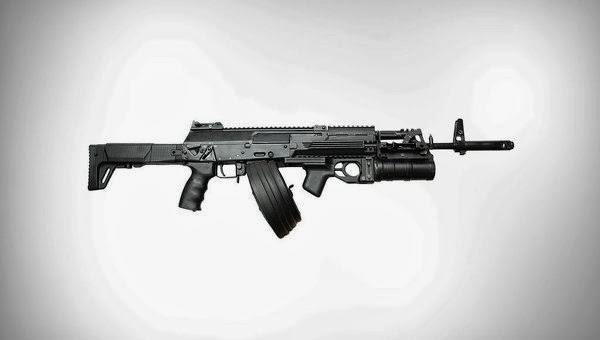 Many believe that the two atomic bombs dropped on Japan in WW II were the greatest killers of all times, they might be wrong as there is one deadly weapon around the world that perhaps must have surpassed this number of kills of the atomic bombs. This deadliest weapon is none other than a rifle named after its designer Mikhail Kalashnikov. This Kalashnikov rifle is popularly known as AK-47. The AK-47 is probably the only weapon that has been used in almost every large scale conflict in the second half of the 20th century, and can boast more kills than any other single firearm. More than 100 million Kalashnikov rifles have been sold worldwide and they are wielded by fighters in such far-flung conflict zones as Iraq, Afghanistan and Somalia. This rifle and its variants are the weapons of choice for dozens of armies and guerrilla groups around the world. The weapon also has became synonymous with killing on a sometimes indiscriminate scale and has received a bad name because of its exclusive use by terrorist organizations. The AK-47 was designed by Mikhail Kalashnikov in 1947, to provide better weapons for the Soviet soldiers, who had earlier had big defeats in the early years of World War II at the hands of far better armed German soldiers. However it was never used against the Nazi Germany.

A Russian company, Kalashnikov Concern, controlled by  state-owned Rostekh, manufactures Kalashnikov rifles in Izhevsk. A company official announced last week, on the occasion of the largest defence related exhibition in India, DEFEXPO INDIA-2014 , that his company is  now talking with several Indian companies on setting up joint ventures in India to produce small arms and high-precision weaponry, a company official announced last week.

“India for us is a market with high potential…and we are marketing here all weapons on our production list, including assault rifles, sniper rifles and high-precision weapons. Taking into account the specifics of Indian legislation, we are considering the possibility of establishing joint ventures on arms production. Talks are underway with specific companies. The possible ventures would be involved in production of combat weaponry as well as firearms for civilian use, including hunting rifles and shotguns.” 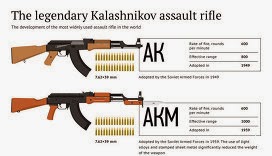 From the figures quoted, it is obvious that  Kalashnikov Concern is looking to establish a major production base outside Russia. Many cutting edge weapons like supersonic missile 'Bramhos' are currently being produced in India with Russian collaboration and Russians feel safe to shift their technology here. Kalashnikov Concern recently signed a deal with a US firm to supply 200,000 firearms annually, and is looking to market aggressively its products worldwide. Company's plans to set up a manufacturing base in India should be seen in this light.