Indian Air Force fighters to be armed with BrahMos missiles 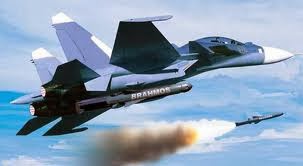 The BrahMos cruise missile, developed by Brahmos Aerospace, an Indo-Russian joint venture company, is a formidable weapon. Based on the design of Yakhont supersonic missile from Mashinostroeyenia of Russia, BrahMos is a stealth supersonic cruise missile, that travels at speeds between 2.8 Mach to 3 Mach. (2.8 to 3 times the speed of sound waves propagation.) This missile, weighing 3 tons can fly along a variable trajectory on the altitudes from 10 meters to 14 Km at supersonic speeds delivering a payload of 250 Kg over a range of 290 Km.

Since 2007, Indian Army has progressively raised three regiments of BrahMos Block-II missiles. These are specifically meant to hit a small target with a low radar cross-section in a cluttered environment. A new variant known as Block-III version and which has trajectory maneuver and steep dive capabilities, to take out targets hidden behind mountain ranges would be main weapon of the 4th BrahMos regiment, being raised. BrahMos missiles would also be deployed by the army in the state of Arunachal Pradesh, to counter China's huge build of military infrastructure all along the 4,057-km Line of Actual Control. Earlier Government had cleared deployment in the western sector facing Pakistan. Army's orders for BrahMos missiles now total up to Rupees 136180 million. 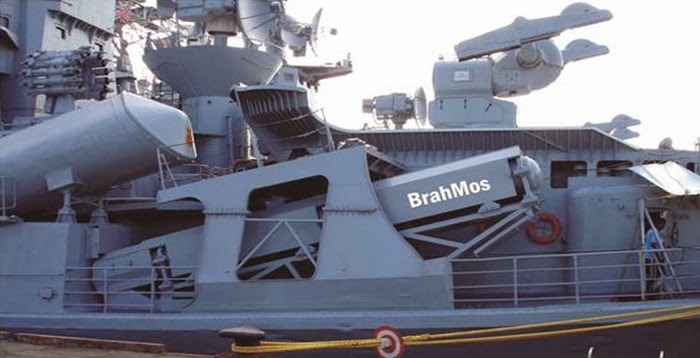 Indian Navy also has equipped six warships till now, including the latest stealth frigates with BrahMos missiles. No wonder that this missile is fast becoming the missile of choice for the army and Navy because of its sheer lethality and precision strike capabilities.

After Army and Navy, Indian Air Force now wants to induct this missile to be launched from its main air dominance fighters, Sukhoi-30MKI. BrahMos missile with an operating range of 290 Km and cruising speed of Mach 2.8, (2.8 times speed of sound) is touted to be the best tactical or non-nuclear missile in its class in the world. It is supposed to posses nine times more kinetic energy than a sub-sonic missile.

BrahMos Aerospace chief A Sivathanu Pillai says that the air-launched version of BrahMos is lighter by 500 Kg compared to 3 tonne weight of the Army and Navy variants. The missile launchers, which are ready for installation and weigh around 300-350 kg, will be fitted on the fighter's belly. Times of India reports that 42 Sukhois have been earmarked for structural and software modifications to carry the air-launched BrahMos missiles and it should take another three months to perfect the Sukhoi's software and mission computer for the BrahMos missiles. It is believed that the Air Force order for air-launched BrahMos missiles is worth Rupees 65160 million. 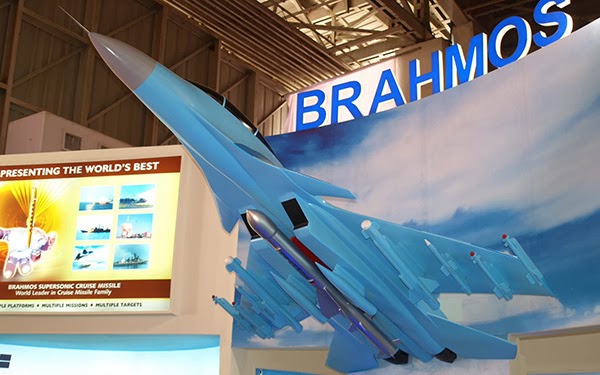 Indian Air Force has been progressively basing its Sukhoi-30MKI fighters both on the western and eastern fronts to add to the dissuasive posture against Pakistan and China and also in deep south at Thanjavur in south India to keep "a strategic eye" on the Indian Ocean region. With the addition of BrahMos missile on board, it is going to be a formidable weapon.