A death knell for Moenjo-daro? 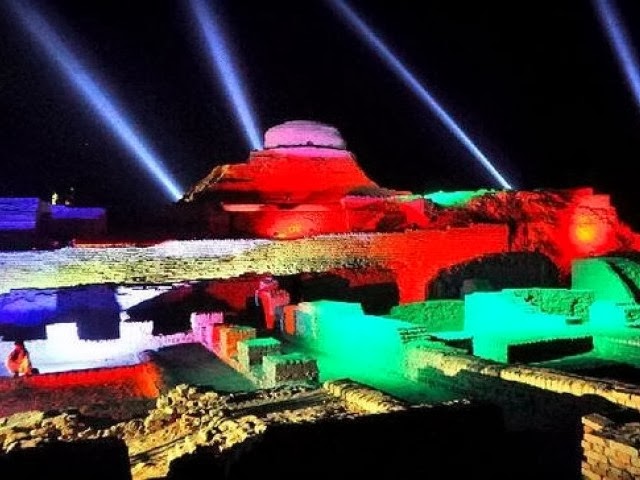 
In the year 1922, Late Mr.P.D.Banerji, archaeologist in charge of the western circle of the Archeology department of Government of India, began investigations at a site, where he expected to find the remains of a Buddhist establishment in a somewhat forbidding and out of the way corner of the Sindh in the Indus valley. The place was about 425 Km north of the port city of Karachi. He actually commenced to dig around the remains of the stupa in 1923, whose mud brick core stood at a height of about seventy feet from the surrounding plains. His expectations were realised when he had discovered some thirty cells ranged on the four sides of the quadrangular courtyard and evidence of their date was forthcoming in the shape of some coins of the Kushan (1st or 2nd century CE) period found in one of the cells, which was identified as belonging to King Vasudeva. Not being satisfied with this, he penetrated deeper down and in the trench, which was sunk at the foot of the mound, he came upon a seal which at once brought to his mind the well known seals of Harappa, which had pictographic writing. In his further diggings he found two more seals but even then, the prehistoric character of his finds was not fully apparent to him. 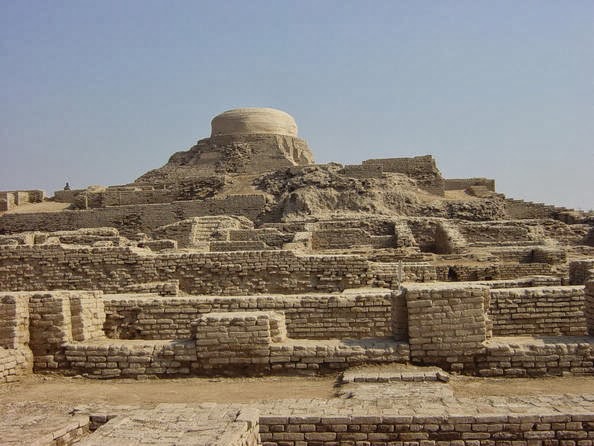 Sir John Marshall, the Director-General of Archaeology in India, then perceived a striking resemblance between the finds made at this site with already discovered pre-historic site at Harappa and came to conclusion that both ruins belong to an unknown civilization which has been found for the first time. He immediately published the results in the Illustrated London News and the world came to know about an ancient civilization in India that was at least 4000 year old. Subsequent excavations revealed a large metropolis, now popularly known as Mohenjo-daro or Moenjo-daro (Mound of death.) After India's partition, the historic site went to Pakistan and is now looked after Pakistan's archeology department. The site is under UNESCO’s World Heritage List and is considered to be of ‘outstanding universal value.'

Unfortunately, the foundations of the site are threatened by saline action due to a rise of the water table of the Indus River. This was the subject of a UNESCO international campaign in the 1970s, which partially mitigated the attack on the prehistoric mud-brick buildings. A UNESCO website says and I quote:

“This huge cultural heritage site, became increasingly threatened with decay by exposure to harsh climatic conditions, floods from the Indus River, deterioration due to salts rising from the high water-table, and water-logging. In 1974, after an appeal from the Pakistani Government, UNESCO launched the International Safeguarding Campaign for Moenjodaro. It lasted until 1997 and mobilized around US $ 23 million for large scale conservation measures which aimed at protecting the site from flooding, control of the ground-water table, implementation of national capacity building activities and for the installation of a conservation and monitoring laboratory.

After the closure of the UNESCO International Safeguarding Campaign for Mohenjodaro in 1997, the UNESCO Division for Cultural Heritage and World Heritage Centre reinitiated their collaboration and developed a post campaign strategy in 2004, which identified further areas of interventions such as: management structure, conservation and stabilization, training and capacity building, site and tourism development. To date, the majority of activities have focused on and greatly improved the overall management, conservation and stabilization of the walls and structures and reinforced national training and capacities of site managers and workers. ”

This report very well highlights the fragile state of the ruins and unless continuous efforts are made, people of Indian subcontinent, may loose their biggest cultural heritage forever. Dr Asma Ibrahim, a leading Pakistani archaeologist, says that the way things are going, this heritage site will completely disappear in 20 years due to decay. Unfortunately, Pakistan's politicians appear to be quite unaware of the fragile state of the ruins, as they launched a two week festival to commemorate Pakistan's cultural heritage at the ancient ruined city of Moenjo- daro on last Saturday, 1st February 2014. Pakistan Peoples Party organised a lavish opening ceremony, spearheaded by Pakistan Peoples Party patron in chief, Bilawal Bhutto-Zardari. 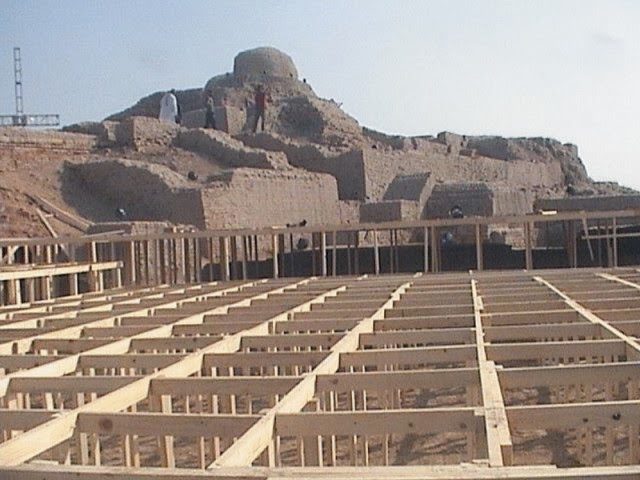 (Wooden scafolding platforms being made for the festival)

The organizers had claimed that the festival wanted to show to the world, rich Sindhi culture and conserve the heritage of Sindh. However the opening ceremony was dominated by laser shows, fashion shows, and music from Pop singer Ainee Khalid, that was a far cry from the culture of traditional Sindh. This was done evev when, State of Pakistan has on its statute book, a number of legislation for protecting such archaeological treasures, including the Antiquities Act of 1975. As per law, a detailed impact assessment, whenever such activities are undertaken at protected heritage sites, is called far. It appears that no such assessment was undertaken by the organisers. The festival therefore is a bad omen for Moenjo-daro without any doubt. 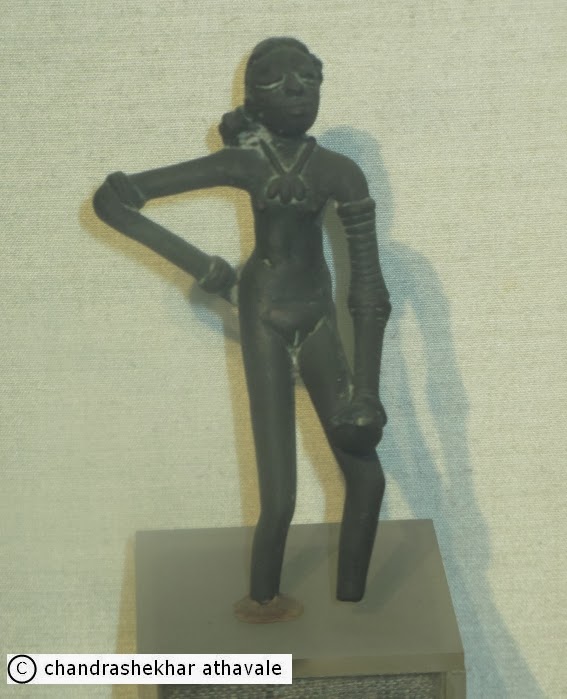 Two of the most famous objects excavated from Moenjo-daro, The 10.8-cm bronze statue, of a 'Dancing Girl,' made in 2500 BC, and that of a priest king, are on display at the National Museum in New Delhi. These are considered as the two most famous artefacts from Moenjo-daro. According to Pakistani officials, these were transported by British archaeologist Sir Mortimer Wheeler to Delhi in 1946 for an exhibition. After the Partition, Pakistan had sought the return of both these relics. However as I see it, there are two reasons for which India is unlikely to respond favourably to the request. 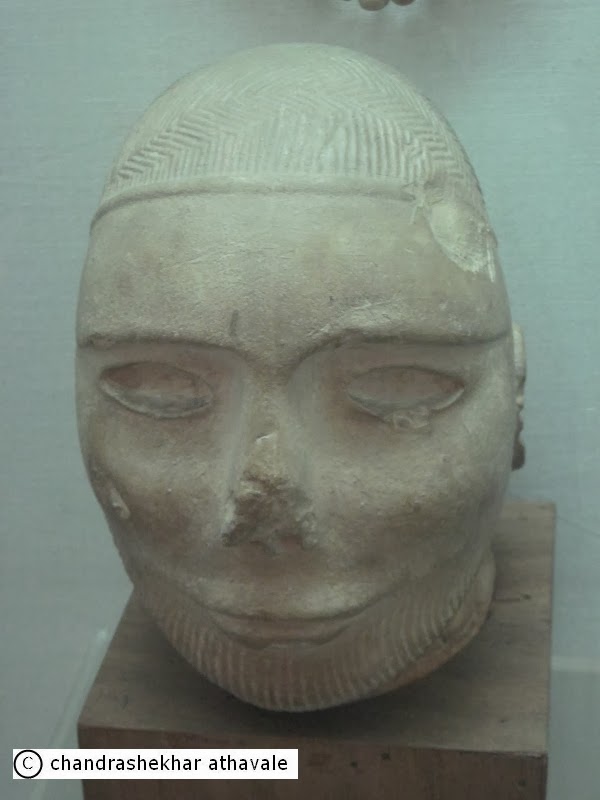 India may not be under any obligation to return the artefacts. In the first place, Sir Mortimer Wheeler, taking the artefacts to Delhi could be hardly called as moving looted property from Sindh to Delhi as both these places then were parts of the same country or nation. Secondly since it has been established that the artefacts had moved only in 1946, which is much before the 1970 UNESCO convention period, the year after which it is obligatory for the holding state to return the artifacts, India is unlikely to return these two artefacts to Pakistan.

Leaving that controversey aside, let us hope that Pakistan Government acts and shifts this festival to a venue, which is some distance away from Moenjo-daro and saves Moenjo-daro, greatest cultural heritage of the Indian subcontinent.

(Image source The express Tribune)
Images may be copyrighted