The controversy about the year of Buddha's birth 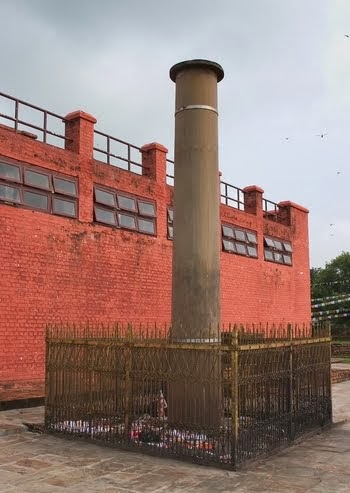 According to the traditional Hindu calender, the full-moon day in a month, is known as 'Purnima.' For Buddhists of the world, the full-moon day of the second Hindu calender month of Vaisakha is of special relevance and importance. It may not be wrong even to say that it is the most sacred day in the Buddhist calender, because it is connected to three important events in the life of Shakyamuni Siddhaarth Goutam Buddha, namely, his birth, his enlightenment and his Mahaparinirvana or passsing away.

Different schools of Buddhism have their independent systems of chronology, when they refer to Buddha's life span. The full-moon day or 'Purnima' of the month of May in the year 1956, was 2500th anniversary of the Mahaparinirvana of Shakyamuni Siddhaarth Goutam Buddha. This would mean that the year of the of Mahaparinirvana was 544 BCE. This date also matches with chronicles of to Theravada Buddhism, which say that Buddha's Mahaparinirvana had occurred in 544 BC.

However, if we decide to reconstruct the year of Mahaparinirvana from the historical angle, we arrive at a year which is sixty one years later. The Sri Lankan chronicles, the Dipavamsa and Mahavamsa, which are considered as the primary sources for ancient South Asian chronology, say that the consecration (abhisheka) of Emperor Asoka happened 218 years after the Mahaparinirvana. Since another famous Emperor Chandragupta Mourya is believed to have ascended the throne 56 years prior to this, it must have happened 162 years after the Mahaparinirvana. The approximate date of Chandragupta's ascension is known as 321 BCE (from Megasthenes). Hence the approximate date of the Mahaparinirvana works out as 483 BCE. This is also the year mentioned in the Mahayana texts. 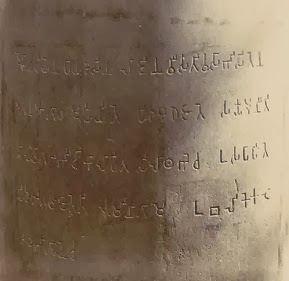 “ At the age of eighty he was on his way to Kusinagara, the town in which he passed into Parivartana. Taking leave of the pleasant city of Vaisali with his favourite disciple Ananda. He rested on one of the neighbouring hills and looked at the pleasant scenery with many shrines and sanctuaries. On the banks of the river Hiranyavati in a grove of Sal trees, the Buddha had a bed prepared for himself between two trees. He entered supreme Nirvana here”

We can infer from this, that since at the time of Mahaparinirvana, Buddha was 80 years old. According to the Theravada texts therefore, year of Buddha's birth works out as 624 BCE. Whereas, according to Mahayana texts, the year of birth would work out as 563 BCE.

Buddha's birth has been described as (Theravada chronicles dating):

“ It was the seventh century before the Christian era. The civilized part of India was divided into sixteen realms, eight of which were kingdoms and the remaining republics. The little Sakya republic, in modern Nepal was ruled by chief Suddhodana with his capital at Kapilavastu. In the year 624 BCE his queen Mahamaya was travelling in state from from kapilavastu to Devadadha, to her parents home. On her way, the queen gave birth to a divine son in her tent in the Lumbini grove between two Sal trees, then in their full spring blossoms. Queen Mahamaya passed away seven days after birth of her child.”

This means that there is no ambiguity whatsoever about the place where Buddha was born but Buddhist chronicles differ about exact year of his birth with Theravada sect claiming that he was born in seventh century BCE and Mahayana sect believing that it was sixth century BCE. Unfortunately for the Buddhist world, no proof of any kind is however available anywhere for either of the dates.

About two and half centuries after the death or Mahaparinirvana of Goutama Buddha, Emperor Asoka of Medieval India, went on a pilgrimage to visit all the places connected with the life of Goutama Buddha. One of the places that he visited during his pilgrimage was the village of 'Lumbini' located in the 'Terai' region of Nepal and which was believed to be the birth place of Buddha. To mark his visit there, Emperor Asoka put up a sandstone pillar with an inscription. Famous Indian historian Sir Jadunath Sarkar has translated this inscription as follows:

“Twenty years after his coronation, King Priyadasi, the beloved of god, visited Lumbini in person and offered worship there because the Buddha, the sage of the Sakyas, was born there. He built a stonewall around the place and erected the stone pillar to commemorate his visit. Because Lord Buddha was born there, he made the village of Lumbini free from taxes and subject to pay only one-eighth of the produce as land revenue instead of the usual rate.”

The stone pillar built by Asoka at Buddha’s birthplace, was lost over centuries and was overgrown by a jungle. It was rediscovered in 1896, when the presence of a third century BCE pillar bearing inscriptions allowed historians to identify its location as Lumbini. Since then, it has been designated a UNESCO world heritage site, visited by millions of Buddhists every year. A white temple stands today on a gently sloping plateau at Lumbini, 20 miles from the border with India.

New evidence however has come to light at Lumbini, that claims to prove that the seventh century year of birth as claimed by Theravada Buddhists might be the correct one after all. The man behind this new discovery is the Veteran Nepalese archaeologist Kosh Prasad Acharya, formar director general of the department of archaeology, Government of Nepal. Acharya had previously carried out excavations in Lumbini before in the early 1990s. But after his retirement, UNESCO asked him to co-direct an investigation of Lumbini’s foundations, when he made this discovery. 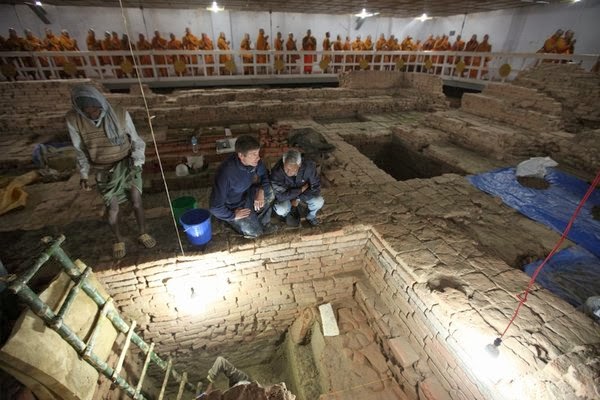 Working with Robin Coningham, Britain’s leading South Asian archaeologist from Scotland's Durham University, Acharya found out a brick temple located below the existing Asokan temple, and below that a sort of void, opening up the possibility of something important existing below. Over the next two years, archaeologists, geophysicists and hired workmen from Nepal and Britain worked on the site, digging in the presence of meditating monks and nuns.

The archaeologists found holes, apparently meant to secure posts, in the open void below the brick temple. The intact holes suggested that whoever had built the brick temple had taken care not to damage the ancient structure below, suggesting the site was always considered holy. Lab tests confirmed the existence of roots within the void below the brick structure, suggesting it may have been a shrine where a tree once grew, possibly the hardwood Sal tree under which many believe that the Buddha was born.

The new excavations have uncovered evidence of a much earlier timber shrine just below the brick structure that is below the present day temple that is a UNESCO World Heritage site today. Dating fragments of charcoal and grains of sand, researchers determined that the lower structures were erected as early as in the sixth century B.C. The international team of archaeologists said that the lower structures were laid out on the same design as the more recent temple. The timber shrine even had an open space in the center that suggested a link to the Buddha’s nativity tradition. Deep tree roots in the center space may even have been from the tree his mother presumably held on to.

Buddhists in Nepal and Sri Lanka, have always believed that the Buddha was born around 623 BC. The new archaeological proof more or less confirms that date.