Pirates of the traditional Indian knowledge 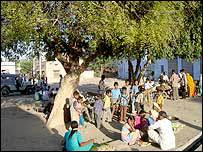 In the year 1995, some Indian scientists, doing research work on medicinal plants, prescribed in Ayurveda, the traditional medical science of India, made a shocking discovery. An American research outfit, University of Mississippi Medical Center, located in Jackson U.S.A. had successfully taken a patent on the medicinal properties of Turmeric. The antiseptic properties of Turmeric, are part of the traditional knowledge of India and has been passed on to the next generation for thousands of years. The persons applying for this patent had claimed that they had discovered these properties for the first time. US department of patents, without bothering to find out the truth, had granted them this patent and in a way had confirmed their ignorance, about traditional knowledge of India.

As a result of this patent, no one could have used Turmeric as an antiseptic without taking permission from this US outfit. Obviously, they would have gladly given it to anyone on payment of royalty, deriving monetary benefits illegally, from traditional Indian knowledge . Council of Scientific and Industrial Research from India, applied to US patent office in the year 1996 to cancel this patent. They submitted not less than 32 different references, about antiseptic properties of Turmeric. Some of the references were more than 100 years old. After much debate, US patent office canceled the patent.

Traditional Medical Sciences from India, such as Ayurveda or Unani medical systems, know about medicinal properties of thousands of plants, fruits, flowers and roots traditionally grown in India. Taking undue advantage of the ignorance of the US department of Patents, of the traditional Indian knowledge, was truly speaking, an act of Intellectual Piracy if nothing else. 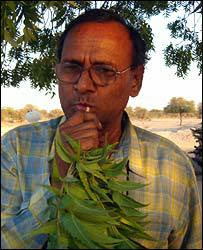 In the year 1990, ‘W.R.Grace’, a multinational agricultural production company from New York, in association with US department of agricultural production, applied for a patent for medicinal uses of the oil extracted from the Neem tree. In 1995 when this fact became known in India, Doctor Vandana Shiva and others filed a petition with the US patents office for rejecting this application as this was again traditional Indian knowledge. After much legal wrangling, this application was finally rejected in 1999.

Ayurveda prescribes use of Bitter Gourd and Aubergine in the diet of Diabetic patients. An attempt was made some time back to take a patent based on this information. In the past, patents have been wrongly granted by the European Patent Office (EPO) on the use of over 285 Indian medicinal plants such as papaya, Indian long pepper, kali tulsi, pudina, ginger, aloe, isabgol, aaonla, jira, soybean, tomato, almond, walnut and methi. These attempts to highjack traditional Indian knowledge, brought forth an awareness in the minds of the Indian scientific community and Government of India to take up some valid action. 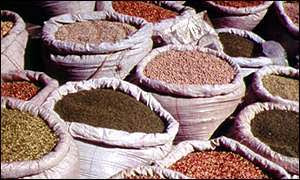 A group of some 200 research scientists was formed under Council of Scientific and Industrial Research from India. These people toiled for more than 8 years to produce a comprehensive reference directory of more than 200,000 medical formulations based on Ayurvedic, Unani and Siddha medical systems. This reference document has been put on the Internet now, as Traditional Knowledge Digital Library (TKDL). This directory can be accessed by any patent office from the world, and is available in five international languages, namely English, Japanese, French, German and Spanish. This library presents scientifically converted information of traditional Indian medicine from Hindi, Sanskrit, Arabic, Persian, Urdu and Tamil language references in these five languages. India has now also signed a landmark agreement with the European Patent Office. Under the three-year agreement, which came into effect on February 3, TKDL’s database would be available to the patent examiners at EPO (34 member states) ‘for establishing prior art’, in case of any patent applications based on Indian systems of medicine (ISM). To avoid misuse, this web site can be accessed only by Government Patent Offices of the world.

Opposing any patent, already granted, is a prohibitively expensive proposition.. In the case of patent for Basmati rice, the challenge came only from India although the scented rice is also grown in Pakistan. This country firstly claimed that it too will join the battle against Basmati rice patenting. Pakistan chickened out, when the cost of the legal battle was worked out to something around US $ 3,00,000.

Considering just the legal costs, the importance of TKDL becomes absolutely clear. In fact, Dr. V.P..Gupta, one of the creators of TKDL, feels that every year, TKDL would help in rejecting about 2000 patents applications based on traditional Indian knowledge world-wide and effectively scare away these Pirates of Indian Traditional Knowledge. A job well done!