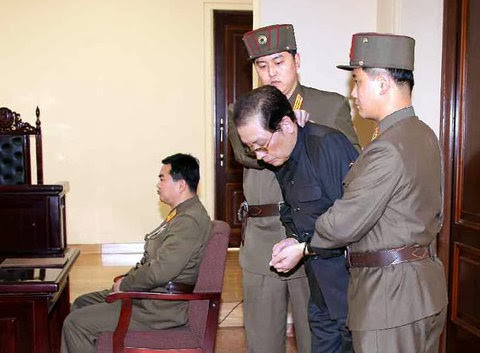 Singapore's 'Straits Times' happens to be one of my favourite newspaper. I like its format, special features. It has a strong international news coverage section for the simple reason that nothing much newsworthy happens in Singapore itself. It mostly presents a rational and balanced view point about world affairs that I like.

On 24th December 2013, 'Straits Times' broke a story written by Ching Cheong, Senior Writer and under a headline that said: “ Jang's execution bodes ill for China.” Though the headline itself was nondescript, what the article contained was so explosive that it went viral on the net immediately. The article referred to a news item published in Chinese government official mouthpiece newspaper in Hong Kong, Wen Wei Po, of December 12. The news item in this paper had given the detailed account of the execution of Jang Song Thaek, uncle of North Korean leader Kim Jong Un and No. 2 man in North Korea.

“According to the report, unlike previous executions of political prisoners which were carried out by firing squads with machine guns, Jang was stripped naked and thrown into a cage, along with his five closest aides. Then 120 hounds, starved for three days, were allowed to prey on them until they were completely eaten up. This is called "quan jue", or execution by dogs. The report said the entire process lasted for an hour, with Mr Kim Jong Un, the supreme leader in North Korea, supervising it along with 300 senior officials.”

The article describes further the reasons for this punishment as :

“The official litany of Jang's treason implicated China three times. Jang was accused of underselling coal and other natural resources for which China was virtually the sole customer. He was also charged with "selling off the land of Rason economic and trade zone to a foreign country for a period of five decades under the pretext of paying debts". Finally, he was accused of selling precious metals, thus disrupting the country's financial stability. In fact, China purchased some of North Korea's gold reserves several months ago. He was also accused of aiding Chinese businessmen in securing low prices for North Korean goods and commodities.”

“ Two days later, the Global Times, associated with the People's Daily, a Chinese Communist Party organ, followed up with a sternly worded editorial by Lieutenant-General Wang Hongguang, former deputy commander of Nanjing Greater Military Region, saying that the recent incident showed North Korea had become increasingly provocative and was getting out of (Chinese) control. He urged a complete reassessment of security threats originating from that direction. It also said that the abrupt political change epitomised the backwardness of the North Korean political system. It warned the Chinese government not to coddle North Korea any longer, saying that the majority of Chinese were extremely disgusted with the Kim regime.”

After reading this, I was reminded of some B grade horror movies produced in Bollywood. It is no wonder that western media jumped at this article as it was published in Straits Times, which has a good reputation. The story become fodder for some Western commentators, who ravished on it, though it sounded absolutely incredible. What is unsettling, apart from the story itself, is the fact that given North Korea's reign of secrecy, it is almost impossible to verify. The story could be true or could be a fabrication either by Chinese or North Koreans themselves. 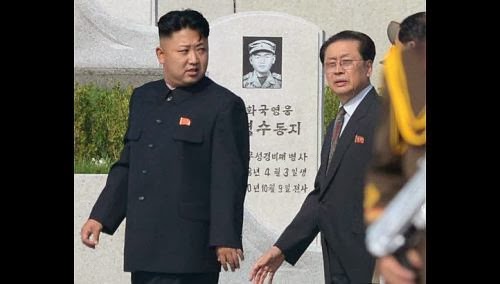 As the dust settled down, many western commentators started raising doubts about the gory details of the execution. The Telegraph says: "tempting - probably too tempting to be true. The thing about North Korea is that it's so mad, so gruesome that it's difficult not to believe whatever tall story you hear about it," he writes. "Kim Jong Un ate a baby? The army uses kittens for target practice? Kim Jong Il's reanimated corpse stalks the countryside scaring children? It all seems possible." Even then, it's important to look at the agendas of the people who are spreading this story: The Straits Times is a respectable and widely read publication, but it's often been accused of being the mouthpiece of Singapore's ruling party and is staunchly anti-communist - so political bias is possible. Finally, we can't dismiss the possibility that China itself has fabricated or at least encouraged the story to send a message to Pyongyang. Kim's uncle was the architect of closer economic ties between the China and North Korea and there is thought to be a lot of anger about his death.”

The Washington Post says: "The fact that the Western media have so widely accepted a story they would reject if it came out of any other country tells us a lot about how North Korea is covered - and how it's misunderstood,"

Perhaps we shall never know the truth. But the fact remains that whether this dog story is true or not, as long as North Korea keeps on trampling on the basic human rights of its citizens, its dog-days are unlikely to be over.