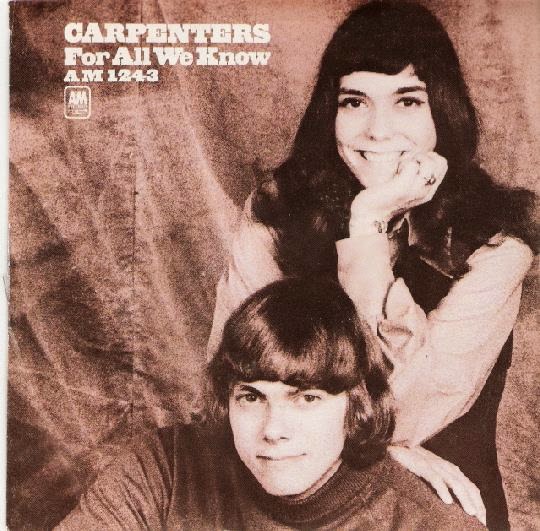 Carpenters were an American vocal and instrumental duo, consisting of siblings Karen and Richard Carpenter. "For All We Know" is a popular song written for the 1970 film, Lovers and Other Strangers. It was originally performed by Larry Meredith. Carpenters decided it would be ideal for the duo. It became a hit for them in 1971, reaching number three on the Billboard Hot 100 singles chart and number one for three weeks on the U.S. easy listening chart. The song went on to win the Academy Award for Best Original Song.

You can also copy and paste the link http://youtu.be/exhiNToY3eI in your You Tube App. If that also does not work, search You tube, Carpenters For all we know.

Email ThisBlogThis!Share to TwitterShare to FacebookShare to Pinterest
Labels: Carpenters, For all we know, Long forgotten musical tracks