Have things to remember, chant them! 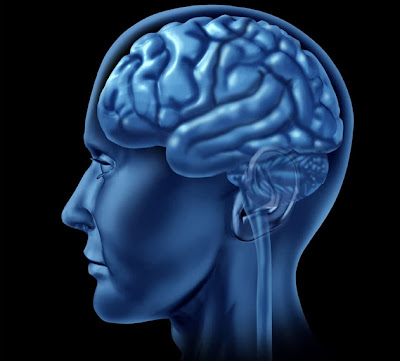 'Soorya Siddhaant' (Theory from the Sun-God) is an ancient Indian treatise on astronomy and related subjects, written around 1000 CE and is considered as a masterpiece of ancient Indian expertise in Astronomy and Mathematics. The book has its own special method of fixing co-ordinates of any star in the sky. I have already described this method in one of earlier blogposts and do not intend to repeat it here. What is more interesting is that these coordinates along with the names of the stars have been compressed and composed in a chant or a poem containing 21 verses and the chant can be recited easily from memory as a well composed piece of singable music. In a nutshell, if one can recite this chant of 21 verses, he has already learned by heart the complete description of sky or a 'Sky-Atlas.' 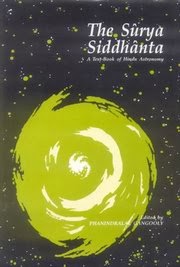 See the beauty of this, no paper, no figures, nothing is required. All you need is to memorise and recite a poem and you have your full Sky-Atlas in front of you on your lips through your recitation. In ancient India, almost all important scriptures like Vedas, Bhagvad- Geeta and other texts like Mahabharata were similarly made recitable or singable using poetic devices so that they could be easily remembered. Even difficult subjects like grammer (Panini) or law (Manusmriti) were remembered and passed down the generations by this method. Ancients had realised the amazing power of human brain by which large sets of information could be remembered and passed down the generations, when composed as a chant. In traditional Indian homes of few decades ago, all the children in a house were compulsorily taught and made to remember and chant verses, whose meaning they could hardly understand, yet they remembered the verses for their life. 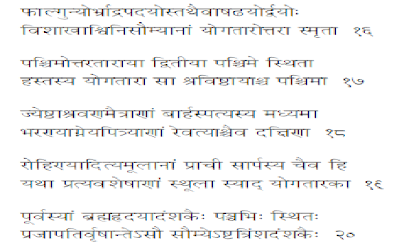 Let us go to more primary levels of learning. Few years ago, when my grandchildren were just toddlers, they could remember the English alphabets easily, because they were taught the alphabets as a nursery rhyme, so easy to remember. Or take the case of simple multiplication tables, that we have all learned by rote method. Everyone remembers them, because they have a rhyme and rhythm or they are singable. When I was a primary student, my granddad had taught me similar multiplication tables for fractions like half, quarter, quarter and half or even one and a quarter. I used to remember these (Now I don't!) by heart, simply because these tables were made chantable or recitable. In India, few decades ago, levels of conventional illiteracy were quite high. Yet the same illiterate woman, selling veggies next door, could calculate how much is eight times a quarter or even quarter and a half. There is nothing new in this technique. If you want to remember say a long number (e.g. your mobile number or pin ) make it renderable by breaking it into segments. You can easily remember it. Everyone knows the technique but so far no one had really tried to find out, why is it so? And why our brains easily memorise something that can be rendered or sung.

Dr. Henry L. Roediger III, is a professor of psychology, who specializes in the study of memory retrieval, at the Memory Lab at Washington University in St. Louis, USA. He has tried to explain why information set to music is easiest to remember or in other words, why a hit Bollywood song from 1950's remains fresh in my memory, but I find it tough to remember my ATM pin number.

Neuroscientists have long known that the hippocampus and the frontal cortex regions of human brain are the two areas in the brain that are associated with memory and they process millions of bites of information every day. Dr. Roediger says and I quote:

“ Getting the information into those areas is relatively easy, what is difficult is pulling data out efficiently. Music, provides a rhythm, a rhyme and often, alliteration. All that structure is the key to unlocking information stored in the brain—with music acting as a cue. If someone asks me to produce all the words to a Beatles song, I couldn't do it unless I sing it in my mind. Music is a powerful mnemonic device, but the song's structure is what allows a person to recall the information it holds—not necessarily the catchy tune itself. The added melody encourages repetition and thus memorization, which is perhaps why patients with advanced Alzheimer's dementia have been known to sing along to a familiar song.”

Dr. Roediger believes that the brain function that responds to music, evolved long before those related to language. In fact many neuroscientists say that humans developed music and dance to aid in retrieval of information. In his forthcoming book, "Make It Stick: The Science of Successful Learning," Dr. Roediger would be presenting, what he calls as tools of memorisation. In his book he says that he remembers large sequences of information by using a common number-rhyming mnemonic that goes, "one is a gun, two is a shoe, three is a tree, etc." He puts an image of whatever he needs to remember along with an image of the word associated with the number in the rhyme. "So if one is a ball, I'll picture a gun shooting a ball. If two is a chair, I'll imagine a shoe sitting on a chair, and so on.The rhyme serves a similar function as a tune."

No doubt Dr. Roediger's work has tried to explain the scientific basis of what our ancestors knew all along and have used it to pass whatever knowledge they possessed down the generations. However, I feel that his work is important because many a times we know that a thing works fine in a particular way, but it is also nice to know why does it work fine?