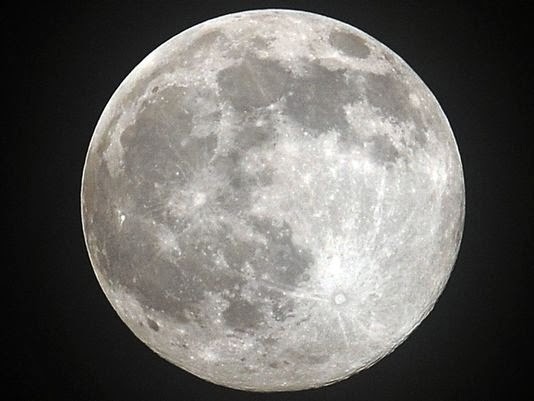 If we look at the moon on a full moon night, we can clearly see some dark patches on the surface of the moon that look like a rabbit or a deer. Many stories have been written by authors for children about this strange rabbit on the moon. It is quite natural that China being one of the most ancient civilizations in the world, also have their own folklore about this rabbit on the moon. In fact, Chinese celebrate a moon festival sometime in mid-autumn. When this mid-autumn full moon rises, families gather to eat “moon cakes” and read stories and poems about the legends of the moon. As a part of these stories, an engaging and enlightening morality tale is often told to children known as, the Legend of the Jade Rabbit. This is actually the story of the rabbit on the moon:

“Three magical wise men decide to test the character of a fox, a monkey and a rabbit. The men turn themselves into desperate old beggars and ask the fox, the monkey and the rabbit for food. While the fox and the monkey have food to spare, they refuse to share. But the helpful and generous rabbit, who has nothing to give, volunteers his own tasty self by leaping into a burning campfire to roast himself for their dinner. The men, who are not actually hungry, are overwhelmed by rabbit’s self-sacrifice and generosity and grant him immortal life, sending him to live on the moon in the palace as Jade Rabbit.”

Perhaps to honour this age old folklore, Chinese decided to name their first ever moon rover as Jade Rabbit. This name was an instant hit and netizens all over China just loved it. China's twitter, 'Sina Weibo,' has more than 110,000 followers, who are space enthusiasts and have been following Jade Rabbit or Yutu's journey to the moon. 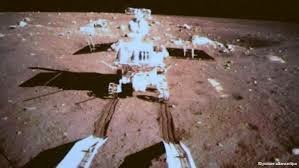 China's Lunar lander arrived on moon's surface on 14th December 2013 and released the moon rover on lunar surface. It has a mechanical arm with which it can probe the soil to try and ascertain its makeup, and whether any useful minerals are present there. The landing has been a huge source of national pride in China, where millions across the country have been following the rover's accomplishments.

Any rover that moves over lunar surface and is powered by sunlight, can only function during a fortnight, when Sun's rays reach the lunar surface. For next fortnight, it has to take a compulsory break from work as there is no sunlight to power it. These fortnightly intervals are termed as Lunar day and nights. After it's launch on lunar surface, in December 15, Jade rabbit managed to pass the first Lunar night peacefully and without any incident. It promptly woke up when sun arrived after 15 days and has been functioning as expected during the Lunar day. The Beijing Aerospace Control Centre had reported that Jade Rabbit, or Yutu, had successfully explored the surface of the Moon with its mechanical arm. 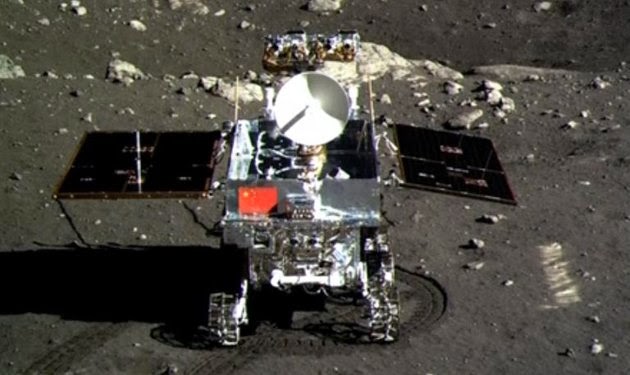 Just before the rover was expected to enter its second night or dormancy period, a glitch has been observed by the scientists, who are controlling the rover from earth. Chinese state-run media reported on Saturday 18th January 2014, that the country's first moon rover had run into trouble due to "the complicated lunar surface environment. Chinese news agency Xinhua reported, citing the State Administration of Science, Technology and Industry for National Defence (SASTIND) that Scientists were organizing repairs. No further details were given. It also noted that other countries have seen lunar missions fail in the past.

Within 2 days, "Jade Rabbit lunar rover" has shot to the top of the most-searched terms words on Sina Weibo. The official Xinhua news agency, which broke the news of the Jade Rabbit's troubles, published a "first-person account" from the rover that appeared geared towards softening the blow to Chinese people of their most loved and proudest space adventure. The account appears to have been based on a posting by weibo user "Jade Rabbit Lunar Rover", an unverified account, which Xinhua says to belong to space enthusiasts who have been following Yutu's journey to the moon. The first person account says: 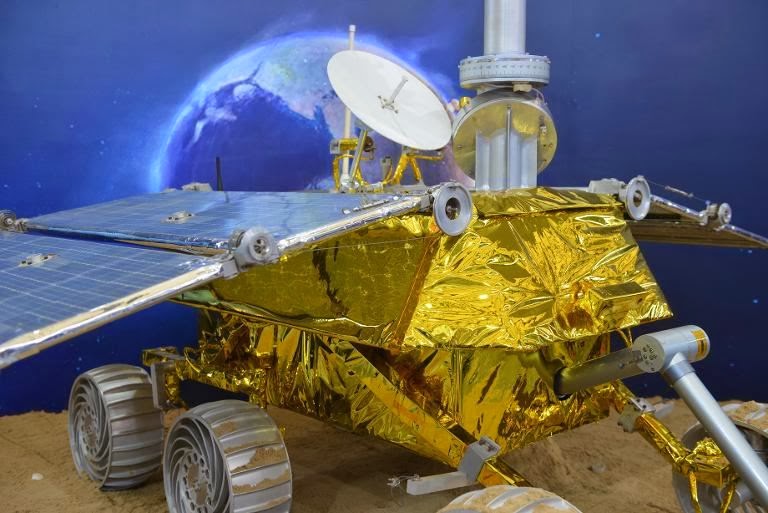 "The bad news is, I was supposed to go to sleep this morning, but before I went to sleep, my masters found some mechanical control abnormalities. Some parts of my body won't listen to their commands. Now my masters are hard at work thinking of ways to fix me... Even so, I know that it's possible I won't be able to endure this night. I originally thought I could hop around up here for three months. But if this trip is to end prematurely, I'm not afraid. Whether or not they can fix me, I know that my breakdown can provide my masters with a lot of valuable information and experience. The sun here has fallen, and the temperature is dropping fast. I've said a lot today, but I still feel it's not enough. I'll tell everyone a little secret. I'm actually not that sad. I'm just in my own adventure story, and like any protagonist, I encountered a bit of a problem. Goodnight, Earth. Goodnight, humans."

The malfunctioning is perhaps the first mishap that has been made public by Chinese space programme unlike India, which reports failures and successes in full openness. More than 6,000 Internet users have written messages in response, many of them expressing hope that the rover has not seen its last. Xinhua agrees that the news of the rover's troubles had generated extensive discussion on Chinese social media and noted that people not only hailed the authority's openness to the accident, but have also expressed concern.

China's netizens have circulated comic strips depicting a rabbit on the Moon, and rabbit-themed pictures, while expressing their support for the rover. One Sina Weibo user; Jessica_S_AC_USK writes: "I want to cry. Go Jade Rabbit, even if we fail this time, we still have next time - our Chinese Jade Rabbit's goal is the sea of stars! We will not give up easily."

Another microblog user wrote: "Whatever happens, we must thank Jade Rabbit. When our generation tells stories to our children, we can confidently say: 'There really is a Jade Rabbit on the moon!'"

The situation would finally become clear when next lunar day arrives. Till then only thing that Chinese Jade rabbit lovers can do is to cross their hands and prey for Jade Rabbit's life, which originally was supposed to be about 3 months. If it continues to sleep even in daylight, as feared by many, all they have is the final call of the rabbit, “Goodnight, Earth. Goodnight, humans.”

China’s Yutu, or Jade Rabbit, is functioning again after shutting down for a 14-day lunar night. But, whether its mechanical arm would function normally or not is yet unknown. International space experts say that the problem could be in the electric motors that close the rover’s solar panels. Chinese remain optimistic though saying that it stands a chance of being saved now that it is still alive.

Jade Rabbit, which woke up ten days ago after being declared dead, has entered its third “planned dormancy” even as mechanical issues that might cripple the vehicle still unresolved.
Xinhua news agency reports.
Yutu’s radar, panorama camera and infrared imaging equipment are functioning normally, but the control issues that have troubled the rover since January persist.