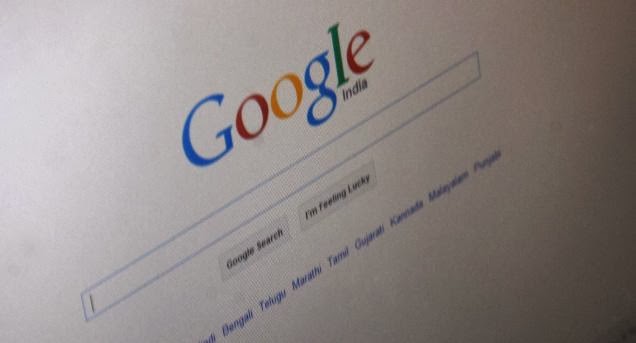 This can happen only in India! Just six days back, I had reported to the readers in my blogpost, “ Google to help in India's general election 2014,” that Election Commission of India has entered into an important partnership with US-based internet giant, Google, to help it manage online voter registration and facilitation services ahead of the 2014 General Election. As part of this partnership, Google was supposed to put its worldwide network and resources at the Commission's disposal until June 2014 to help it manage online registration of new voters and allow the enrolled ones to check the address at which they are registered, and get directions to the polling station.
But, as things turn out, it was a case of counting the chickens before they were hatched. When India's media broke out the news of this deal between Election commission and Google, in which the US corporate giant had agreed to foot the bill of US$ 50000 from its social corporate responsibility fund, there was murmurs of discontent that the deal compromised the security of Voters database as US corporate was under jurisdiction of US laws and recent cases of snooping had brought to light and highlighted the role of NSA in these clandestine activities.

The proposed tie up with Google was discussed at the full commission meeting here on Thursday, 9th January 2014. An opposition parliamentarian, Mr. Tarun Vijay made a forceful plea before the Commission to abort any such proposal. He wanted the commission to reject the Google’s proposal as it would be against the interests of the nation and its security. He mentioned that “Google’s activities have been violating the Indian laws governing mapping policy.” Also, it so happens that the Indian defence experts and the intelligence agencies are already worried about the growing clout of Google and its explicit American connections in view of the U.S. National Security Agency’s snooping activities in India. There was also criticism as to why the commission did not consider approaching the Union home ministry and technical experts to vet the impending deal before making it public.

Google had explained its stand earlier saying: “No private information changes hands — this is all about making public information that’s already on the Web more useful to the public... Our discussions with EC have been preliminary and ongoing. “ When the matters were discussed by Election Commission with Google, it was questioned as to whether the Indian voter database could be diverted to a third party, particularly so after their six-month contract for voter information look-up ended; who would administer the data; and whether Indian laws would apply in the event of a dispute, as Google often claimed to be governed by US laws alone.

Google was not able to give any satisfactory answers to any of the valid queries raised by commission. Election Commission was not very comfortable with this particularly because this is also the election year and it could not afford any criticism at this point of time. It decided to play safe and has issued a statement: "The EC now agrees that it is too much of a risk to allow a US-based private internet giant full access to the Indian voters' database. Though the National Informatics Centre cannot match Google's capabilities by any measure, the advantages of engaging the latter appear to far outweigh the risks involved. Hence, the commission has decided not to pursue the arrangement with Google any further." The commission has now decided to revert to its old partner, the government-controlled National Informatics Centre, which would provide ways to help voters access their names in electoral lists and polling center information.

Apparently Google has helped governments in the Philippines, Egypt, Mexico and Kenya to make public information on the web easily accessible to internet users across the country. However the fact remains that it is a US based corporate controlled by US laws. Ever since disclosures by Edward Snowden have happened and NSA's snooping operations have come to light, all Governments around the world have become weary of opening any databases to US corporates. Scrapping of EC-Google deal at the hatching stage itself should be seen in this light.

The ordinary Indian voter is going to be the real looser as he would have again to look for his voter registration and polling station details from NIC web sites, which may not be considered as very efficient and quick.
11th january 2013