An ocean floor fossil park in the middle of Himalayas? 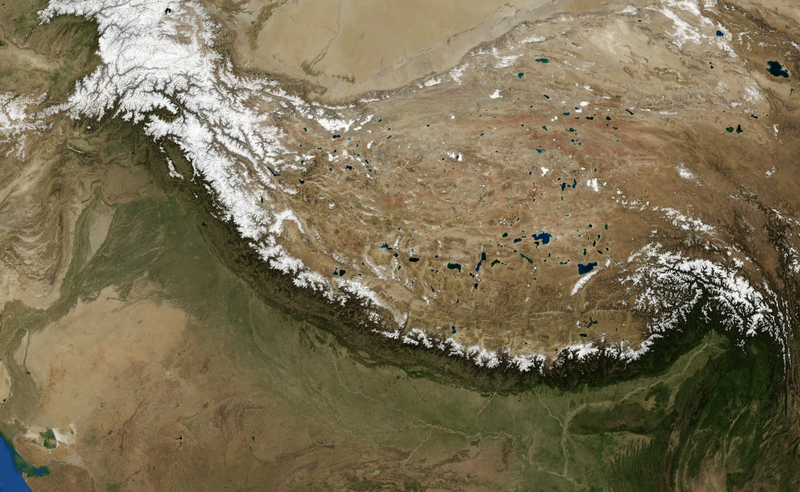 Himalayas, a mountain range that boasts of having over a hundred mountains exceeding 7,200 metres (23,600 ft) in elevation, including the highest peak Mount Everest, actually separates the plains of the Indian subcontinent from the Tibetan Plateau. Five countries, Bhutan, India, Nepal, China, and Pakistan, nest in the shadows of this great mountain range. The Himalayas meet in the northwest, the Karakoram and Hindu Kush mountain ranges and in the north the Tibetan Plateau. South of Himalayas lies the Indo-Gangetic Plain. Three of the world's major rivers, the Indus, the Ganges and the Tsangpo-Brahmaputra, all rise near Mount Kailash and cross and encircle the Himalayas. Their combined drainage basin is home to some 600 million people.

The Himalayas are among the youngest mountain ranges on our planet. It was formed by movements of rock surfaces below the ground and what Geologists term as tectonic plates. Geologists call the outermost shell of a rocky planet comprising of the upper crust and the portion of the upper mantle as the lithosphere. The lithosphere is broken up into tectonic plates. On Earth, there are seven or eight major plates and many minor plates. Another interesting part is that these plates move relative to each other. At the plate boundaries, where two plates meet, their relative motion creates or transforms the boundary. This movement of plates, actually causes earthquakes, volcanic activity, mountain-building, and oceanic trench formations along these plate boundaries. Geologists say that the Himalayas were similarly formed by the movement of the convergent boundary between the Indo-Australian Plate and the Eurasian Plates.

Around 70 million years ago, the north-moving Indo-Australian Plate was moving at about 15 cm per year. There existed an ocean called as Tethys Ocean between Indo-Australian Plate and the Eurasian Plates. Later or around 50 million years ago, the fast moving Indo-Australian plate completely closed the Tethys Ocean. Since the Indo-Australian plate moved and continues to move horizontally below the Tibetan plateau, it forced and still forces the Tibetan plateau to continue to move upwards. This essentially caused the formation of the Himalayas and because of this, Himalayas continue to rise by about 5 mm per year. making them geologically active. 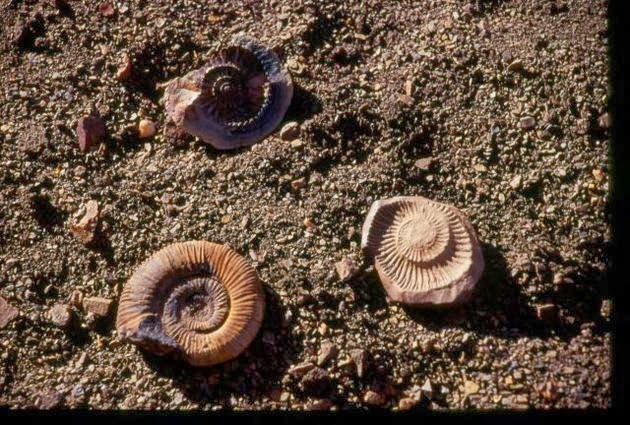 The area between the Indian plate and the Eurasian plate was an ocean called the Tethys Ocean or Tethys Sea, even just 50 Million years ago. This sea drained out during the collision of the Indian Plate with the Eurasian Plate resulting in the formation of the Himalayas. The sea water may not be there any longer, but the soil surfaces and rock formations in the Himalayas still naturally resemble what is generally found at the bottom or floor of any sea. The soil surface in Himalayas, being an exposed ocean floor, naturally has marine fossils, mostly of the Ammonites and Belemnites group. (Ammonites and Belemnites are cone-shaped, fossilized internal shells of an extinct genus of cephalopods related to the cuttlefish.) These fossils are known to Indians as 'Shaligram pathar' and are kept in temples and worship places in homes and are worshiped. 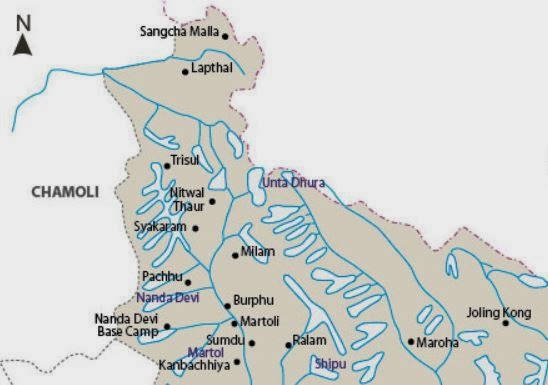 Pithorgarh is a district in northeastern part of the state of Uttarakhand in India. Two major Himalayan peaks, Nanda Devi and Trisul are located in this district, which is flanked by China in the north and Nepal in the east. In the north of the district almost near the international border between India and Tibet, lies a small place known as Lapthal. An adjoining area measuring 500 and 1,000 sq-km, most of which lies 4,500 metres above mean sea level has been found to be an exposed ocean floor with plenty of marine fossils, mostly of the ammonites and belemnites group. The area has sparse vegetation, many swamps and pools in the area and is a home to various species of flora and fauna. Snow leopard, musk deer, Tibetan wild ass, woolly hare, and Tibetan wolf are among the species of fauna found in the region. 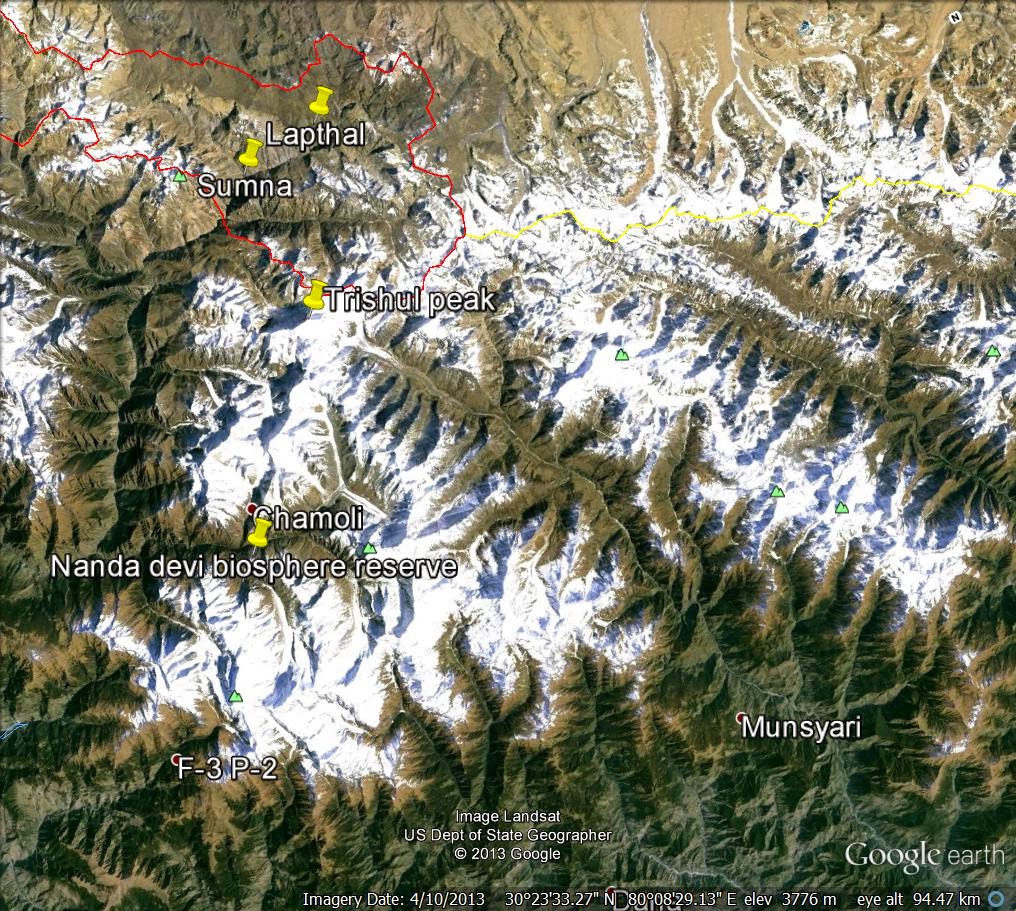 Uttarakhand state Government wants to declare this region as a Fossil National park. An official of the state Government says: “The proposal is to conserve the fossils and the rare and endangered flora and fauna of the area. This will also prevent cross-border illegal trade and poaching of fossils, flora and fauna.” The region is close to the Indo-Tibetan border. Some part of it lies in Pithoragarh district and the rest in Chamoli district. The region is guarded by the Indo-Tibetan Border Police (ITBP) and the Nanda Devi Biosphere Reserve administration. 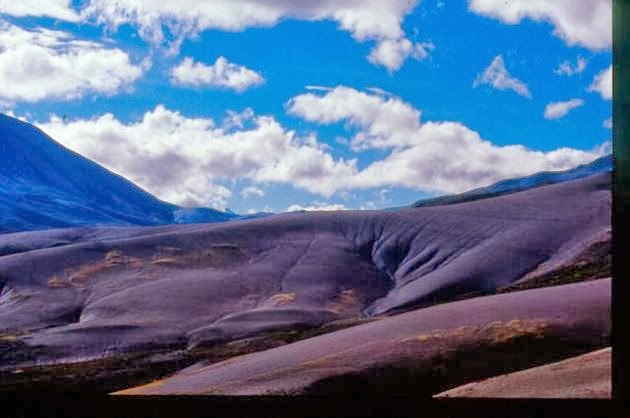 The area can be reached today either by an 18 kilometre trek from Sumna in Chamoli district or a longer trek from Munsiyari in Pithoragarh district. However the Border Roads Organisation (BRO) has proposed to costruct a better route from Sumna to Lapthal. 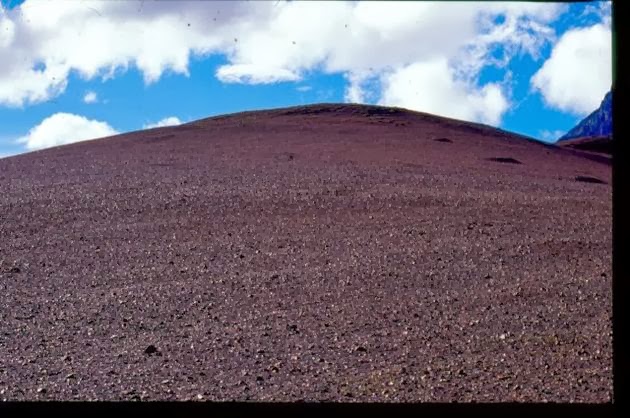 At present, a detailed proposal for the park is being prepared by the Nanda Devi Biosphere Reserve officials and they are also mapping the area, They say that once their plan is complete it would be submitted to the state Government.

This park, when completed, would surely be a fascinating place to visit as it would be as if one is walking on an ocean floor

(Image source: The Hindu: http://www.thehindu.com/sci-tech/energy-and-environment/region-near-indotibetan-border-to-be-declared-fossil-national-park/article5542264.ece,  images may be copyrighted)