A mom for all occasions

For a young child, his (includes her) mother is his world. As long as she is there he has nothing to worry because she looks after his well being, his welfare. She scolds him to correct his bad habits. She would see that he does not over eat or over sleep. She would give him medicine if he falls sick. She shares his happy moments and still warns him not to get over carried. And the best part of it all is that she would protect him to the best possible extent from any calamity that may befall on him.

This overwhelming importance of our mothers in our lives comes to the fore rather painfully, when during course of our life we invariably loose her. Only after she is gone, we realise her importance. We then start missing her advice, care for us and even nagging. I have read somewhere(can not vouch for it) that in Chinese language, the word that means love, has only one meaning. It is the love between a mother and her child. How true!

However for all those unfortunate souls like me, for whom a mother remains only a past and distant memory, a partial solace is on the way, in form of a robotic machine, which is also called as Mother. In the recently held 2014 Consumer Electronics Show in Las Vegas, USA, a company called as Sen.se has introduced a robotic machine that seeks to replicate the sorts of things our mother used to needle us about: getting exercise, eating more slowly or brushing our teeth.

Sen se.'s mother however does not look like our mother at all. She looks more like EVE ( Extraterestrial Vegetation Evcaluator), the girl friend of Wall-E, a robot hero of 2008 Disney-Pixar animation film. She even looks like the Russian Matryoshka Dolls that physically fit into each other. She has rather creepy glowing eyes and white colour, which ghosts are supposed to have. She may look like a ghost, but she has kindness in her heart that truly matches our mothers. 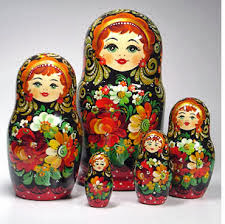 So, what can this mother do? And how? In the first place each of the mother robots has a number of small tracking devices called cookies that are connected to her. Each of the cookies have special sensors fitted that can sense things like motion and temperature. These cookies can be put on things as well as people so that they can gather data. For examples, a cookie on your body can gather data about how much you walk. Or a cookie on your coffee machine will track how many cups of coffee you drink every day. A cookie on your front door will track, whenever it is opened. A cookie on your toothbrush can see how often and how long you brush. Cookies can monitor all your activities silently and harmlessly.

But what happens afterwords? Whenever the cookies get a chance to be closer to the Mother unit, they complain about your behaviour by wirelessly sending back their data on the Internet. This means that the Mother knows everything that you have done and are not supposed to do for healthy lifestyle. Mother can look into all the issues raised by cookies or decide to concentrate only on topics that need immediate attention. If a cookie detects a change from usual behaviour and complains to the mother, she would send an alert on your home that something important needs immediate attention.

Mother's manufacturer, Rafi Haladjian says that this data would give the user, peace of mind by answering questions like “Am I drinking enough water?” or, “Did somebody open my secret drawer?” A new trend called the “Internet of Things” is emerging these days meant for the future, where parts of your body, home and life would be connected to the Internet to have a general alert system. Having separate devices for all these things is too expensive, and too cumbersome because they can’t talk to each other. Mother replaces all that with a simple concept where all sensor units can talk to the central unit. The manufacturers of mother feel that It’s kind of like a mobile device that can run an ever-changing array of apps. They thought of the name “Mother” because it can do all sort of things. This mother is not just a nurse, a gardener or a cop, in fact, she is everything at the same time.

How appropriate, isn't it?