A little snooping can actually help! 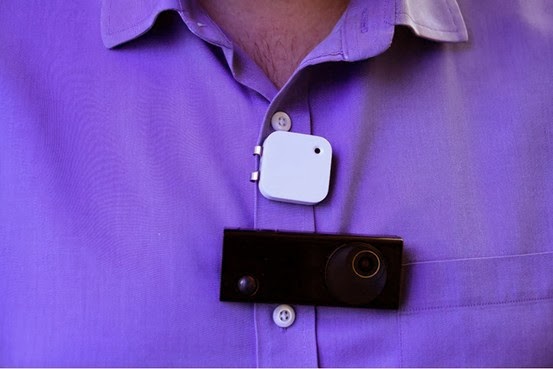 Other day, I was walking on the foot path along a busy arterial road in my home town Pune. Parking slots have been provided at few stretches on this road; usually two wheelers on one side and four wheelers on the other. But there are also some stretches on this road, where parking is not allowed and bold sign boards proclaiming so, have been put up. While walking, I saw a huge limousine suddenly moving to the curbside and stopping there right in the middle of a no parking zone. A gentleman in spotlessly white attire got out and walked into a street side cafe, leaving the car parked in the no parking zone. From his body language and actions it was clear that the gentleman (?) was loaded with moolah! and well connected in high places. Almost all the watchers, including me felt irritated and frustrated at this blatant show of arrogance.

My first reaction was to reach for my mobile, so I could take a snapshot of the car along with its number plate parked in no parking zone. But I also realised that it was not a prudent move, as few other guys in similar white clothes soon followed the earlier guy. I became aware that I might invite trouble for myself by openly taking a photograph of the car and just kept quiet. The only thought that I had in my mind at that time, was that if I had a small camera that was candid or hidden, I would have certainly taken the photograph of this car and would have published it in social media, in an instant.

I am quite sure that all of us must have felt this kind of irritation and need to take a photograph of something unpleasant happening around and which we resent. It could be something happening on roads , markets or other public places and could be like bribes being taken, cheating, people hitting and badly behaving with elderly, people relieving themselves on road sides, garbage not cleared, cruelty to children. The list is endless.

Compared to say twenty years ago, taking a photograph today has become much simpler, easy and also almost free. Two decades ago, we only had film cameras, which were quite bulky and unless one was a press photographer or a tourist, no one carried a camera. I can still remember with nostalgia, the efforts that were needed to take a snapshot with a film camera starting from buying a film. Besides that, the photographer would never know whether the snap taken is good or not, unless the entire film consisting of 24 or so snapshots was developed and prints taken out. Then came the electronic image cameras that required no film. With these electronic cameras, finding out about the snapshot took just a second or two. This itself was an unimaginable improvement. Then, during last decade or so, cameras started getting incorporated in mobile phones themselves. The first phones with built in cameras were not all that good. But as technology improved, we now have mobile phone/cameras that take fantastic snaps in a jiffy! With the advent of internet, it has become evev
possible to send these snaps to others in next few moments.

In spite of all this development, we still can not take snaps of things, where action of taking the photograph itself might cause irritation or disturbance. During my college days, I was quite a fan of James Bond novels and films. I used to feel amazed at the range of secret weapons and cameras that he used for spying. At that time, I had never thought that common people like me, could ever lay their hands on such miniature cameras, that can be worn on their person.

I was therefore quite pleased to read reviews recently about two such cameras that have become available to ordinary consumers and manufacturers call them as wearable cameras. One of the cameras is named as 'Narrative Clip' and is made in Sweden. The other one is made in Britain and is called as 'Autographer.' Both these cameras are fully wearable. They can be clipped to your tie or shirt and allow you to capture a day's worth of encounters, which then can be uploaded to the Internet. Narrative clip retails for US$279 and Autographer for US$399. 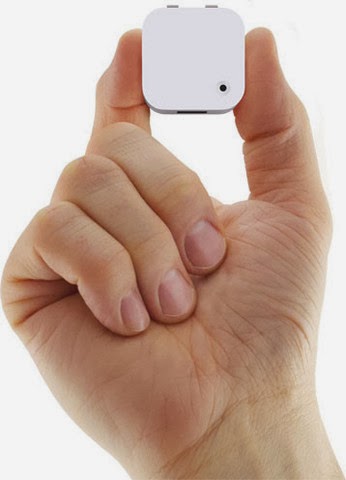 Interestingly, both manufacturers of these cameras say and want you to know that these are not spy cameras that could be used for snooping. 'Narrative Clip's manufacturers say that it wouldn't make a good spy camera because it isn't as small as the latest snoop gear and its 30-second automatic timer is too arbitrary. Also, their research has found that people who spotted the camera generally understood that the device was a camera. They say clearly "If you want a camera to spy on your friends, we don't want you as a customer. And we intentionally made the Narrative Clip bad for use in cases like that." The manufacturers of Autograph actually include an etiquette guide in its box, with suggestions like "pause your image capture if you are in proximity to people you don't know for a long period of time." What ever image the manufacturers of the cameras wish to create in the public, about their own products, the fact remains they are essentially candid cameras made for taking snaps in situations where the photographer many not be exactly welcome. 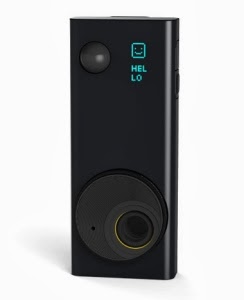 Narrative clip is square shaped and very much looks like a white coloured ipod (shuffle), whereas, black coloured Autographer, is of longer shape and wears like a tie clip. This camera is clipped to a shirt pocket or hung around your neck, and decides itself when to take a picture. With no viewfinder, no preview screen, and a long battery life, the Autographer is a life-logging camera that will give you a visual record of wherever you have been. As against this, Narrative Clip is a tiny camera and GPS that you clip on and wear. It’s an entirely new kind of digital camera with no controls. Instead, it automatically takes photos as you go. The Narrative app then seamlessly and effortlessly organizes them for you. The camera has no buttons. As long as you wear it, it is constantly taking pictures. It takes two geo-tagged photos a minute with recorded orientation so that the app can show them upright no matter how you are wearing the camera. The camera’s batteries won't need to be recharged until after approximately 2 days of use. To recharge the camera’s batteries, you connect the camera to your computer.

I am fascinated by both these cameras but the technology is even more stunning. I am sure that this is just a beginning and soon even better cameras would become available. The potential capabilities are just endless and stretch to limits of your imagination. Imagine a factory manager going round his factory wearing one of these and later analysing everything that was said to him in confines of his cabin or a school going kid wearing this and his mother keping a tab on him throughout the day on internet. I do not know whether such actions could be called as spying or not, but even if these are called that way, a little snooping does help! Isn't it?