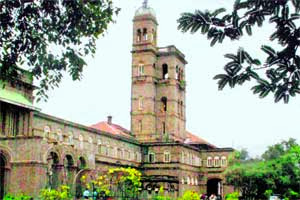 After a long wait, winter has finally arrived to my home town Pune. India, particularly the peninsular India, essentially is a semi tropical country that is horridly hot, most of the time of the year. It also means that there are three seasons instead of two that are prevalent in places in the north or south of the equator. This third season kicks in right in the middle of summer, when monsoon winds start blowing from south-west. The weather suddenly changes all over peninsular India from that of a scorching hot summer to a pleasant balmy weather of this third season known as rainy season.

Rains usually withdraw around beginning of October, returning the peninsula to a spell of few hot days again, before winter sets in slowly. But it is never a simple case of gradual seasonal changes here in the peninsula. As, the south-west monsoon winds subside, winds start blowing now from north-east, again bringing in rain to the southern part of peninsula, stretching south of Bengaluru city extending to states of Tamil Nadu and Kerala.

My home city of Pune is located well north of this belt, where north-east monsoon usually has its sway. Normally, we have fine dry weather with temperatures cooling down, as icy winds from Himalayas sweep down. But this also is the cyclone time in the Bay of Bengal, where one after, another cyclonic storms develop and hit the east coast of India. After they hit the coast, they become deep depressions and slowly extend to the interior. The skies over my hometown usually also get heavy cloud cover and occasional rain spells. But these clouds also turn away the northern icy winds and we return back to heat and humidity of tropics for a few days before actual winter weather comes back. Even this year, this pattern was repeated. We had some fine cool days in November, with mercury dropping to around 11 degrees Celsius at nights. But then came the cyclone Phailin first, followed by Helen and then Lehar. Each of them brought back rain clouds and hot tropical days returned for a brief spell. But the days of overcast skies seem to be over now at least for the present. The mornings are definitely cold with mercury dropping to single digits and even in the afternoons long shadows loom early, indicating shorter days ahead.

Indian winters, at least in the peninsula region, are quite different from north. Most of the trees around here are not deciduous and remain evergreen. Hence there is no fall season as such. In many of the northern countries, where the trees shed all the leaves in fall, a gloomy, gray, forlorn and desolate landscape emerges and stays on for next three or four months. Peninsular India still remains green and sunny, making winters one of the most liked season here. 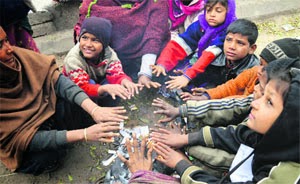 It is just natural that in winter time, I always feel like peeping in the past, when my home town Pune, was a sleepy little town of only two hundred thousand people. Pune of those days, had no concrete jungles, no flyovers and not even street signal lights. The winters brought in such adorable change in the weather that we all loved the Pune winters. Early mornings were mostly foggy and bitterly cold, followed by crisp mid mornings and long long nights. I still miss the piping hot tea and the steamy hot dinners my mother used to serve us in the nights. Those days, with abundant tree cover over the city, there was never a dearth of firewood and every winter night, it was a very common sight to see many bonfires lighted up in the yards and roadsides for warmth.

Pune of today has changed a lot. It is a large city now and it is but natural that the old nostalgia is all gone. Even then, every winter takes me back to my young days, which are no more around. But that is what life is, isn't it?