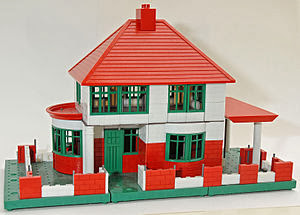 These days, my granddaughter (age 8) is visiting us. Yesterday night, I was chitchatting with her at the bedtime, asking about her favourite toys and books. While chatting, she suddenly asked me, what were my favourite toys, when I was of her age? I was completely floored by the question as I did not remember a single toy of my childhood immediately. I just managed to save my face by telling her that my favourite toy was off course a LEGO set. She was apparently satisfied and was asleep within minutes.

But this little discussion set me thinking because, what I had told her was no way true. When I was a young child, no one knew about a toy called LEGO, as probably it's manufacture had just started in Denmark and it was not known anywhere else. Off course, it is kind of silly for a senior citizen like me to talk about my toys now, yet I find the subject so interesting that I must write about it. What were then my favourite toys, when I was young? I really had to scratch my memory.

I then remembered that I had inherited two of my favourite toys from my father, as was the practice then. My grandmother had carefully preserved my father's toys over the years and when I was old enough, they were handed over to me. The first toy that was given to me was a building construction set known as 'Mobaco.' 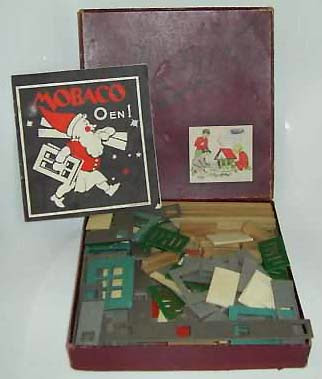 Mobaco was introduced in the 1920's by N.V. Plaatmetaalindustrie ( sheet metal factory) van Mouwerik & Bal in Zeist, The Netherlands. Van Mouwerik & Bal was later also referred to as Mobal. The construction set consisted of square wooden columns of various lengths that would fit into evenly spaced holes in a thick fiberboard base board. The columns had slots on all four sides, into which cardboard panels can be slid. The panels had different colors, and were either solid, or had window or door cut-outs in various shapes. To provide Structural rigidity, they supplied horizontal cardboard strips and floor panels that slide over the columns and rest on the wall panels. The system even allowed pitched roofs. The design was so good that even with a limited number of parts, complex models could be made. As far as I remember, models just looked great and now I think that they had a distinct 19th century European houses look. They were really easy to put together. 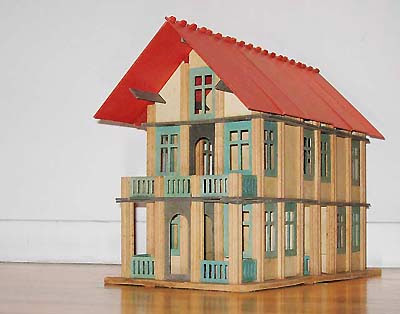 One problem with 'Mobaco' was that the panels were made of cardboard, which made them fragile and the set had to be used with lot of care. I must have had got soon bored with 'Mobaco,' because my grand mother then gave me the real thing that was made out of steel and was just unbreakable. Off course no one built houses with this set. The set was so versatile that it was possible to make almost anything with it, cars, cranes, carts, locomotives and even human figures. The toy was known as a 'Meccano.' 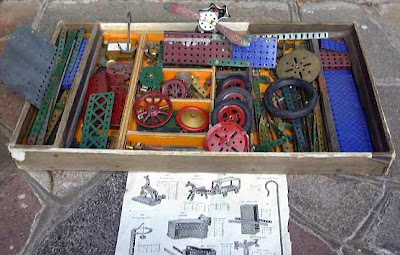 History of 'Meccano' is well over hundred years old. Wikipedia says that Meccano, a model construction system was invented in England by Frank Hornby. It consisted of re-usable metal strips, plates, angle girders, wheels, axles and gears, with nuts and bolts to connect the pieces. It enabled the building of working models and mechanical devices. The ideas for Meccano were first conceived by Hornby in 1898 and he developed and patented the construction kit as "Mechanics Made Easy" in 1901. The name was later changed to "Meccano" and manufactured by the British company, Meccano Ltd, between 1908 and 1980. The only tools that were required to assemble models were a screwdriver and spanners (wrenches). It was more than just a toy: it was educational, teaching basic mechanical principles like levers and gearing. 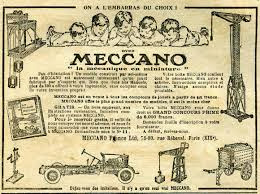 The Meccano set, which I had inherited from my father was originally brought for him by my Great Grand mother from US, when she returned to India in 1920. It came in a wooden tray like box with a sliding cover and had little compartments to keep the parts. I have no idea about what kind of set it was, because Meccano sets came numbered from 1 to 6 in those days. I must have made hundreds of Meccano models over a span of next 6 to 8 years. I also added few more parts to the set, after purchasing them from Mumbai. No other toy of my childhood has given me as much pleasure as my Meccano. 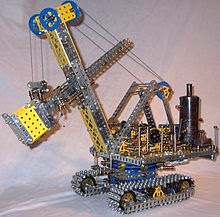 Today, Meccano still lives, though it has gone through many ups and downs. It is now manufactured in France and China. "Erector Sets" currently sold in the USA are actually Meccano sets manufactured by Meccano S.N. of France, part of the Nikko Group of Japan. 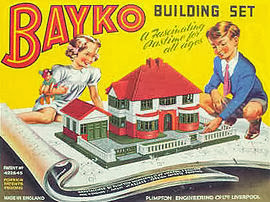 As I grew up, I received my first ever construction set that was not inherited but rather a brand new one. It was also a set where buildings built with the parts looked stunningly beautiful. 'Bayko' was an English building model construction toy invented by Charles Plimpton, an early plastics engineer and entrepreneur in Liverpool. First marketed in Britain it was soon exported throughout the British Commonwealth and became a world wide brand between 1934 and 1967. The name was derived from Bakelite, one of the world's first commercial plastics that was originally used to manufacture many of the parts. Bayko was one of the world's earliest plastic toys to be marketed.

It was much similar to my earlier Mobaco,but had steel pins of various lengths as columns. It came with a sturdy plastic base with blind perforations in which the steel columns would stand. Bakelite bricks, windows and other parts could then be slotted between pairs of rods in order to create the walls of the building. In the original sets, bases were coloured green, walls were red or white, windows were green and roofs were maroon. The main advantage of Bayko over its rivals was generally regarded as the high standard of realism of the models constructed with it. The built up buildings just looked terrific.

Off course, this does not mean that I did not have my fair share of other toys such as model cars and games like Monopoly or Ludo. They were all there along with assortments of bats, rackets and balls and an inexhaustible stock of books. But these three toys have a special place in my heart and I would never be able to forget them