Tip of an iceberg 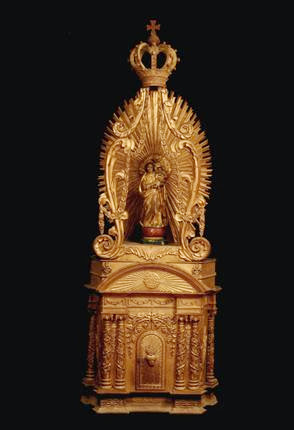 There appears to be no end to nefarious activities of the ill famous criminal, Subhash Chandra Kapoor, who had established himself as a U.S. based antiquities dealer now extradited to India and currently lodged in Chennai prison. I have already written 3 blog posts about him and his thefts, namely Suthamalli Nataraja , How to steal history? and Sisterly love or partners in crime describing his modus operandi.

It is clear now that Subhash Chandra Kapoor hails from family of crooks with a multi-decade history of plundering cultural institutions across South and South East Asia. His father Parshotam Ram Kapoor, father of Subhash and Ramesh, was an aggressively greedy thug who had begun plundering cultural institutions in the Indian subcontinent even during the early years of Indian independence. Between 2006 and 2008, about 18 ancient bronze sculptures were stolen from Suthamalli and Sripuranthan temples in Tamil Nadu. Among them were two of Nataraja and two of goddess Uma, all shipped to the U.S.

Yet like an iceberg, whose tip reveals nothing of its monstrous size, more and more information keeps coming out about the priceless artifacts that were stolen by this man and how he sold these to museums abroad. After Subhash Chandra kapoor was put in prison in India and his premises raided last year, his criminal activities continued instead of being stopped. It was found by US investigators that Sushma Sareen, Subhash Chandra Kapoor’s 60 year old sister resumed the business after her brother's arrest and continued the operations. In last few years she appears to have travelled to India, has assisted with wire transfers and contacted antiquities smugglers, who had prior dealings with her brother, proving her full participation in the criminal acts. In this she was ably assisted by one Selina Mohamed, a long time associate of Kapoor, who physically possessed the stolen properties. 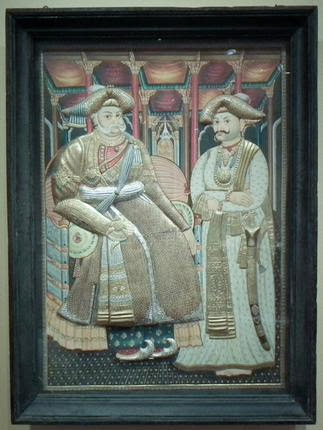 US investigators now say that they have also unravelled that Kapoor and his co-conspirators had fabricated provenance letters, origin history and letters of authenticity for selling stolen sculptures and paintings. US investigators have also found out that this Selina Mohammed was running three storage units in New York that stored looted antiquities. In fact when the U.S. authorities raided these storage units in 2012, they discovered a large number of stolen objects including a stone sculpture form Bharhut Stupa and precious bronze idols from Tamil Nadu. 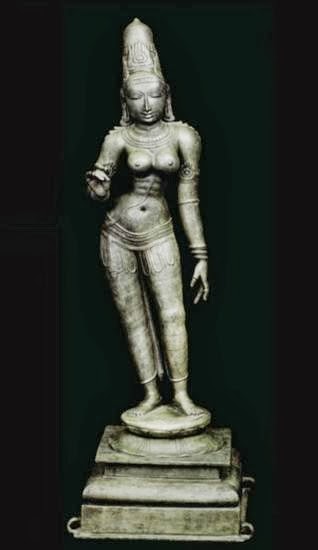 As the investigations reach deeper and deeper in Kapoor's criminal empire, information collected from informants and email correspondences between Kapoor and his co-conspirators and gallery owners, it becomes clear that many museums across the world have accepted false provenance certificates produced by Kapoor and have hitherto kept claiming that they followed due diligence before purchasing them and their transactions were legitimate.

Lets have a look at the artifacts illegitimately obtained by the museums from Kapoor. National Gallery of Australia bought a 1000-year-old Lakshmi Narayana idol for $375,000; Asian Civilisations Museum in Singapore bought an altar with the Virgin Mary and Christ Child for $1,35,000 and Peabody Essex Museum in Salem, Massachusetts, procured from Kapoor, a Thanjavur painting depicting Serfoji II for $ 35,000. In addition to these , it was found that a Chola period bronze idol of Ganesha, stone sculptures of Dwarapalakas and a torso of a devata (feminine idol) were sold by Kapoor to various museums in a similar fashion.

Entire spectrum of activities carried out by Kapoor and his associates has caused terrible loss to the heritage of India and he deserves highest punishment for this. The museums world-wide also are guilty for not checking the the legitimacy of the artifacts purchased by them. They should return the artifacts to India as early as possible.