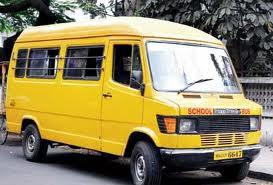 My granddaughter goes to school everyday in her school bus. She has few girls from her class as co-travellers in the bus. Every day when she returns from school, we can recognize from her mood, as to how her relationship was with her friends on the bus on that particular day. If she is agitated and bitter, it is a sure shot indication that she has fought with one of her friends in the bus, on that day and that particular friend is now way down in the list of her best friends. We usually console her with few words of sympathy. By end of the day, her intensity of sorrow, because of a sudden loss of friendship, is all gone. Next morning, we can see that she has forgotten yesterday's fight with her friend and is actually looking forward to the bus journey and her friend's company. In the bus they would start chitchatting as if nothing ever happened yesterday. Both of them have totally forgotten that they had ever fought. How lucky the children are, isn't it? They can get over a biter quarrel overnight as if my magic, and can be great friends again. We adults have to carry hangovers of our quarrels with friends, for our lifetime.

I had a friend, with whom I was very pally for number of years. We met almost daily over a cup of coffee and even made a tour of Europe together. About a decade ago, I realised that this friend of mine has started behaving rather erratically and whimsically. I neglected his odd behaviour for quite some time. However things came to an head, when he started insulting me in public for no reason known. I knew it was the time to end our friendship and did so. I still had a soft corner for him, but the way he behaved, things became even worst after our break. He died about a couple of years ago. I really felt very sad, but I had no choice and just could not even attend his funeral, under the bogey of our feud. This is what happens to us. We have to carry our feuds for our lifetimes.

Friendships are like gossamer that float freely in the air. They sometimes act even more strongly than relationships. Yet this fine fabric can tear or wear at the most trivial of pretexts and wither away in no time. Even after a friendship has ended, one can still continue to bear in his mind, pleasant memories of the time spend together with the friend, without having any feeling of guilt in his mind. My father had a business partner, with whom he had worked for decades. When my father wanted to retire, they looked at the eventuality from different ways. Finally a mutual friend arranged an amicable settlement and everyone was satisfied. Yet the bond of friendship that existed between them had broken. They could never go back to their old relationships and drifted apart. Even then they never bore a grudge against each other. Much later, I happened to meet this ex- business partner of my father. He talked me with old warmth and made detailed queries about my father and his health. I knew that he still cared for my father, though they were no longer friends. Why is it that we just can not forget unpleasant tiffs with our friends, just like my granddaughter did?

We behave in exactly contrary manner, when it comes to relationships of all types, may be of blood or not. I would leave aside close relationships like parents and children because, whatever happens and whatever way the children may behave, parents would never stop loving their children. However for other relationships like brothers, sisters, cousins, aunts and in law relationships, we find it difficult to break away from relatives even when we feel peeved or even are insulted, because breaking away from that one relative, is likely to hurt someone else, whom you continue to respect or love or there would be a rift in your entire clan of relatives. A lady, whom I know, is not on speaking terms with her own sister. But this has caused a big rift in the clan because these two sisters, not on good terms with each other, refuse to participate together in any family function. Unlike friendships, we can not continue to carry on pleasant memories of the past, spent with an estranged relative, without having a feeling of guilt in our minds all the time. Sometimes, you may spend a lifetime nurturing a relationship, going out of the way, yet when the same relative starts behaving in a way you simply can not accept, a feeling of total disbelief and disappointment may await you. Even then it might be necessary to keep cordial relationship going because of the fear of offending someone else. Within a clan of relatives, relationships rarely break down, for this only and sole reason. People continue to invite their relatives, whom they dislike in reality, for social functions and at gatherings, whereas friends, even if they are welcome, may not be invited at all. 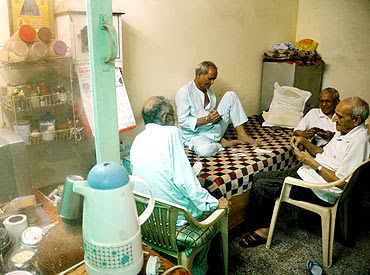 As one grows old, reality strikes about the futility of this entire gamut of relationships and how fake and decorative they really are. One might realise that the magnificent obsession, he had about someone and which he carried on throughout his life, was in fact a totally wasted effort. Friends on the other hand, are just friends and you need not really expect anything from them except just friendship. There is a famous idiom that says: “Forgive and forget.” However as your grow old you find that it is not easy to forgive. A senior friend of mine, recently told me that in old age, one gets insulted rather quickly and the insult hurts real bad. Then what should an elderly person do, when forgiving is not an easy option. The only solution for getting over this problem is to improve your capacity to forget such unpleasant incidences or in fact make an attempt to forget almost everything that is not palatable or acceptable. The time has now come to forget these old bogeys. This perhaps is the golden rule for seniors for maintaining formal relationships. A little forgetfulness, unlike in other places, may actually help here.

It is time to forget, isn't it?

Email ThisBlogThis!Share to TwitterShare to FacebookShare to Pinterest
Labels: breaking away, feud of lifetime, forgetting insults, friendship in adults, Friendship in children, in laws, relatives, seniors