One of the best books that I have read about China and life of its people is, "China Road: A Journey Into the Future of a Rising Power," written by Rob Gifford, an acclaimed British National Public Radio reporter. In this book, Gifford, a fluent Mandarin speaker, describes his travel along Route 312 in China, which flows over three thousand miles from east to west, passing through the factory towns of the coastal areas, through the rural heart of China, then up into the Gobi Desert, where it merges with the Old Silk Road.

The book is a fascinating read, because Gifford describes his meetings with ordinary and not-so-ordinary Chinese and simply lets them do the talking. People he meets include well known talk-show hosts and ambitious yuppies, impoverished peasants and tragic prostitutes, cell-phone salesmen, AIDS patients, and Tibetan monks. He rides with members of a Shanghai jeep club. He hitchhikes across the Gobi desert, and also sings karaoke with migrant workers at truck stops along the way. His travel on this highway participates much in every part of the social and economic revolution that is turning China upside down. 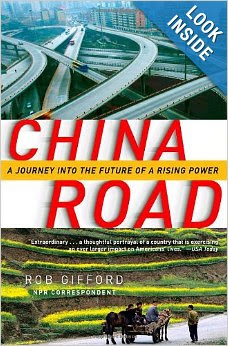 I found one particular conversation that Gifford had in a bus with a lady Doctor and her staff, particularly disturbing, touchy and sad. The lady Doctor actually happens to be a "family planning" doctor and it is her job to go around in the villages and enforce China's one-child policy. This means persuading pregnant women who already have a child to undergo abortion. Sometimes she has to abort 8-month old fetuses, sometimes kill them with lethal injection, and, if a baby still manages to be born alive, to kill it after birth. A medical Doctor is considered by most of us as a life giver or an angel. This Government Doctor works as an agent of death and village folks, particularly village women shy away from her. I felt after reading this that the small conversation really brings up the true face of Chinese one child policy and the cruelty that is inherent in its implementation. 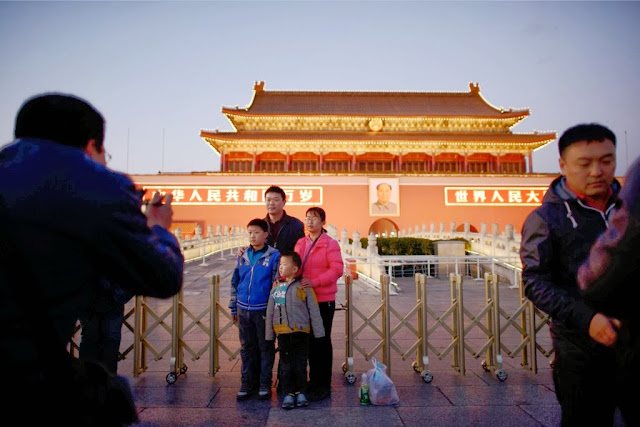 The one child policy was introduced in 1979 to alleviate social, economic, and environmental problems in China. Demographers estimate that the policy averted 200 million births between 1979 and 2009. China argues that its one-child limit kept population growth in check and supported the country’s rapid development that has seen it soar from mass poverty to become the world’s second-largest economy. However, it is also said that the policy is the principle reason behind China's sex imbalance. It has resulted in an increase in forced abortions, female infanticide, and under reporting of female births. New social and family problems are cropping up in families as there are no siblings. Many social scientists say that the new generation of Chinese, who have been raised as an only child, and called as little emperors, are extremely self centered, arrogant and least bothered about the society. As the society turns gray, demographics suggest that soon, the ratio of working population to those who depend upon them, would become extremely skewed.

Chinese Government news agency Xinhua had reported last year that the birth rate has fallen to about 1.5 since the 1990s, which is well below the replacement rate. China’s sex ratio has risen to 115 boys for every 100 girls and the working population has began to drop since last year. It also agreed that the country is facing looming demographic challenges, including a rapidly increasing elderly population, a shrinking labor force and male-female imbalances.

The harsh facts about implementation of the one child policy, that Rob Gifford reports in his book, were kept well hidden from the Chinese public so far. However last year, photos circulated online of a woman forced to abort her baby seven months into her pregnancy. The net savvy Chinese were outraged and realising that the enforcement of the policy has been truly very excessive.

China’s top legislative committee: the standing committee of the National People’s Congress: China’s rubber-stamp parliament, decided this week to loosen country’s hugely controversial one-child policy. Xinhua says that Provincial congresses and their standing committees will decide on implementing the new policy, based on evaluation of local demographic situation and in line with the law on population and family planning as well as this resolution. The one-child policy reforms are expected to come into force in the first quarter of 2014.

No doubt, this is a welcome step. However, a sour note to this otherwise welcome decision is that the state still retains the principle of deciding itself how many children people should have. For human right activists around the world, this may not be acceptable at all. 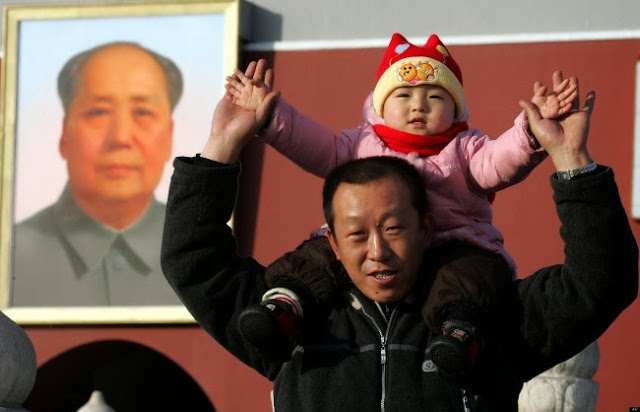 In the year 1957, China's chairman Mao Zedong had said in a public speech: "Letting a hundred flowers blossom and a hundred schools of thought contend is the policy for promoting progress in the arts and the sciences and a flourishing socialist culture in our land." He made this statement to invite the Chinese intelligentsia to criticize the political system then existing in Communist China. After exactly six weeks, Mao abruptly changed course. The crackdown continued through 1957 as an Anti-Rightist Campaign against those who were critical of the regime and its ideology. Those targeted were publicly criticized and condemned to prison labor camps. Mao had then remarked at that time that he had "enticed the snakes out of their caves." Human right activists can only hope that the new Chinese policy is for keeps and not a repeat of Mao's hundred flower campaign of six weeks.