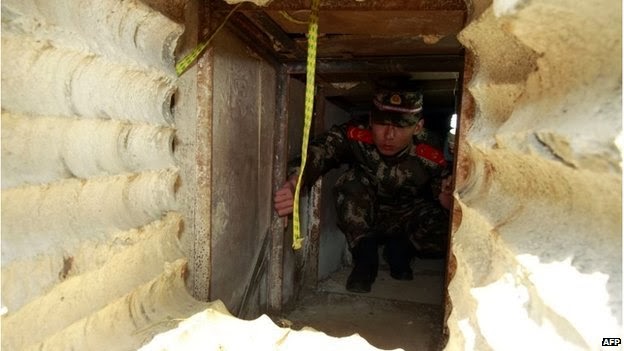 Sometime in 1960's I had seen a Hollywood film titled as The Great Escape. The film was about an escape by Allied prisoners of war from a German POW camp during World War II, through a tunnel. The film starred Steve McQueen, James Garner and Richard Attenborough. Digging a secret tunnel for escape in an emergency is not a new concept though. Almost all major forts in India, built in medieval times, had one such escape tunnel, from where the king could escape in case of a mutiny or foreign aggression.

In my home town Pune, ramparts of an old palace of Peshawas, exist even today. There is a nearby hill, on which temples of idols worshiped by the rulers existed. People show even today, a secret passage connecting these two monuments. However this supposed to be secret passage is not very convincing as the distance between the monuments is bit too much. But leaving aside this skepticism, the point I am making is that such tunnels were dug in history to provide secret communications or escape route.

One of the examples of such an underground tunnel in modern history is from Vietnam. During Vietnam war, Viet Cong forces had built an immense network of connecting underground tunnels located in the Củ Chi district of Ho Chi Minh City and were part of a much larger network of tunnels that underlied much of the country. The tunnels known as Củ Chi tunnels, were the location of several military campaigns during the Vietnam War, and were the Viet Cong's base of operations for the Tết Offensive in 1968. The tunnels were used by Viet Cong soldiers as hiding spots during combat, as well as serving as communication and supply routes, hospitals, food and weapon caches and living quarters for numerous North Vietnamese fighters. The tunnel systems were of great importance to the Viet Cong in their resistance to American forces, and helped to counter the growing American military effort.

The point I am trying to make is that people have been building tunnels for escapes, entries or military uses all along. I had never heard before of a tunnel built for smuggling merchandise. Such a tunnel has been discovered in Hong Kong, which is an autonomous region of China with a semi democratic Government machinery in place. The taxes in Hong Kong have a much lower structure and things cost much less there compared with the rest of Chinese mainland. These facts make it a very lucrative business to smuggle things out of Hong Kong and into China or the other way for goods manufactured in China. As an example, Apple products cost 17% more in Mainland China compared to Hong Kong. At all the road, rail and water crossings between Mainland China and Hong Kong, smugglers try to smuggle things and battles between smugglers and the authorities happen on daily basis. There is nothing new about it. 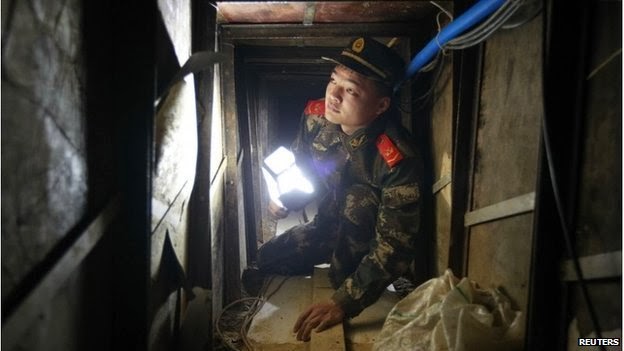 Last week, Chinese authorities discovered a tunnel from Chinese mainland to Hong Kong almost near completion. The tunnel was being dug near the border of Hong Kong, in Changling village of Shenzhen ibn the Guangdong province of China. The tunnel, with concrete walls and interior lighting, started under a garage near the city of Shenzhen and stretched for 40m (130ft) under a river and into reed-beds in Hong Kong. Authorities estimate that the tunnel must have cost about $500,000 to build. It was planned for use by smugglers to import mobile phones and other electrical goods into Hong Kong. The tunnel was was complete with rail tracks, a chain wheel and a small cart to transport electronic and luxury goods. It was designed professionally and had a wagon with a block-and-tackle system using rails to transfer goods. The narrow tunnel, 0.8m wide and one metre high, also had hanging lamps and ventilators meant to help smugglers pass through the tunnel. 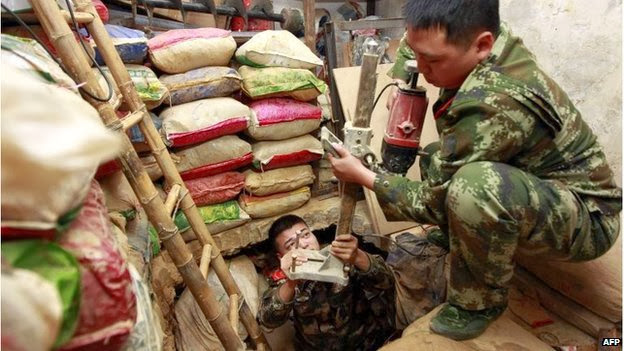 The entrance and exit to the tunnel were hidden very well. The Hong Kong end opened in a cluster of tall reed near a river. The Shenzhen end was hidden beneath a garage full of packing boxes, rented by the smuggler using a fake identity card. Residents in the area near Shenzhen said they heard sounds of drilling on some nights but assumed they were part of some construction work going on nearby.

The tunnel, about 20meters short of its intended destination, was destroyed by the authorities. Police have not been able to apprehend anyone so far.