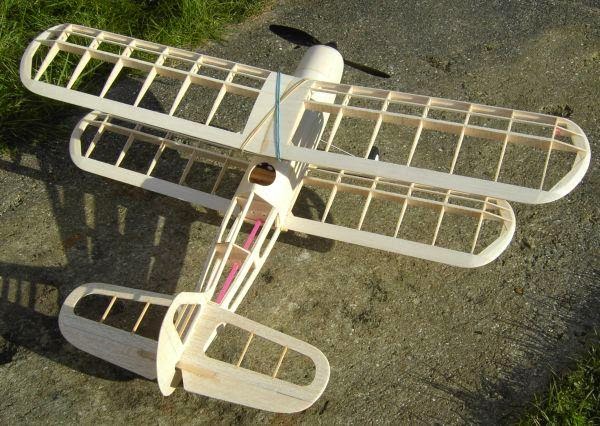 In my recent blogpost, I wrote about a possible application of drones to deliver groceries and other things to your homes. This is a new civil application for these tiny aircraft, which are being used widely by all the major countries of the world for reconnaissance over their own as well as enemy territory. Few countries have developed even more sophisticated versions of drones that actually carry bombs and missiles, which can be effectively used against specific targets deep inside enemy territories.

However, very few people might know that these tiny aircraft flying in the sky, are not new at all. They have been in existence since WWII or even few years before that. During my youth, I was a keen AeroModeller, building my own tiny aircraft like gliders and even a propeller driven one. I therefore find it a special pleasure, when I read about these little craft called drones, once strictly a plaything, they have now found a real use in the real world. 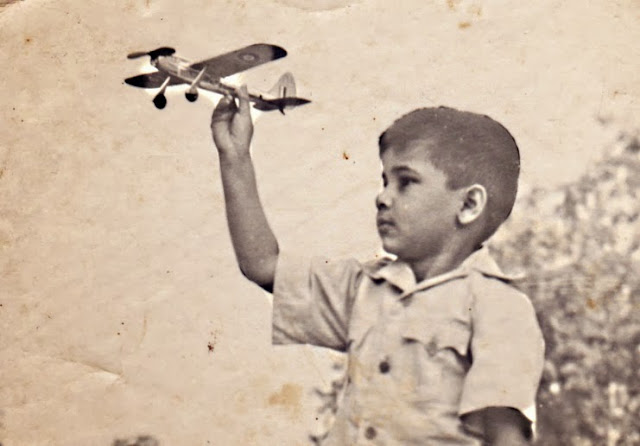 My AeroModelling hobby really took off, when my father had gone to post WWII England for some work. When he returned (naturally by a ship,) to India, he brought for me a tiny aircraft model that actually could fly. I remember that it had a aluminum fuselage and wings and was powered by a long rubber band, connected to the propeller in the front. The rubber band was turned and twisted by rotating the propeller by hand. When there was enough back tension, the tiny craft had to be launched in the air by almost throwing it. The propeller would turn viciously and the aircraft would fly in circles till propeller stopped. It was absolutely a great toy.

After that, I developed a tremendous interest in this hobby. My father had also brought from England, few books about this hobby and encouraged me to build my own models. He soon found a shop for me that sold model aircraft kits in Mumbai's Marine Lines area, called as India Hobby center. This shop stocked aircraft kits consisting of strips and sheets of a special light weight wood known as 'Balsa.' There used to be printed plans for the aircraft along with detailed instructions. From thereafter, every summer holiday, a trip to the shop became a must. 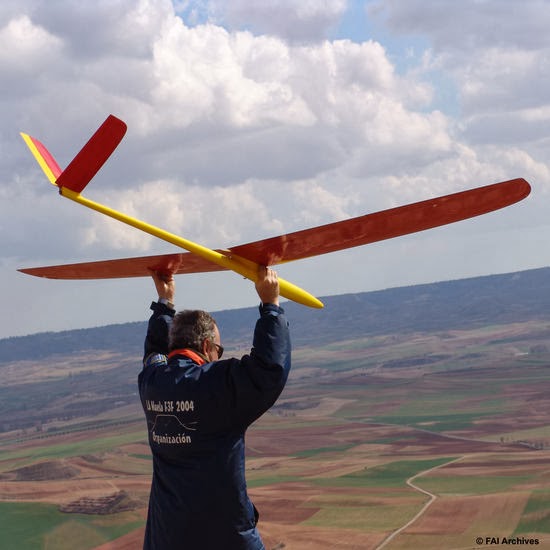 The model aircraft was constructed by cutting tiny parts from the Balsa wood strips and sheets. These parts like aerofoils, strusses and structural members would be cut off by using a sharp knife. These would be then glued together to make frames for wings, tail and fuselage. These would be glued together to complete aircraft structure fully. A special type of paper was used to cover the frame. After everything dried, a coat of cellulose paint was given to the craft, which made the outer paper layer stiff. After this, accessories like landing gear and canopy were fitted on the aircraft and the model craft would be ready to fly. 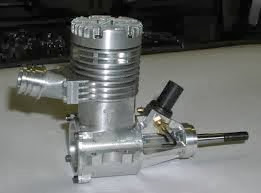 Initially, I made gliders, which were simply launched in air by throwing them straight ahead. With the rudder pre-set at an angle these would go on flying in circles and then land so graciously that it was simply breathtaking. Later someone (probably my granddad) presented me with an 0.8cc engine and I constructed my first powered aircraft. This 2 stroke engine rotated at a very high RPM and made hell of a noise. It needed a mixture of Ethyl Ether, castor oil and kerosene as a fuel and there was a tiny glass tank, which needed to be filled. This model craft also was launched in air by throwing it, when the engine would take over and aircraft flew in a stunning spectacle for next few minutes. 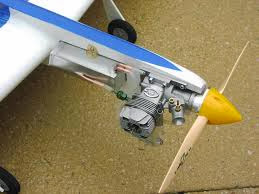 More advanced versions, like radio controlled craft, then started becoming available. But they were all imported and totally beyond the pocket money I received from my dad. My hobby more or less came to an end then. I was then and even today get fascinated, when I see some beautiful aircraft pictures. I even wanted to become an aircraft design engineer once. However my enthusiasm waned, when I found out that aircraft design requires an absolute mastery over advanced mathematics, which was not much of my liking.

I must tell you about one great event I witnessed much later in my life. I was staying in the Bay Area near San Franscico in US then. A young friend of mine, who was staying in the suburb of Berkeley, called me and told me that there was an air model show, and we could go there if I wish. I immediately accepted and reached there at the specified time.

Berkeley has a tiny but regular airport for flying model aircraft with a spectator gallery. A beautiful asphalt coated runway stretches in front. I sat with my friend absolutely spellbound for next couple of hours as aircraft after aircraft, all remotely controlled, took off, circled in the air and then came down with a perfect landing. It is one experience that I shall always cherish.

Drones are but natural extension of this hobby, without any doubt. They might work for you in future or kill someone as they are already doing. But in this process, all the thrill, excitement and fun of my young age hobby is gone now. The level of sophistication that the latest model aircraft have is unimaginable. Doing them D.I.Y is almost impossible now.

Besides even if you are flying your own model craft, there would always be suspicion that you are trying to do something unlawful like snooping. To that extent drones have destroyed this beautiful hobby of yesteryear.