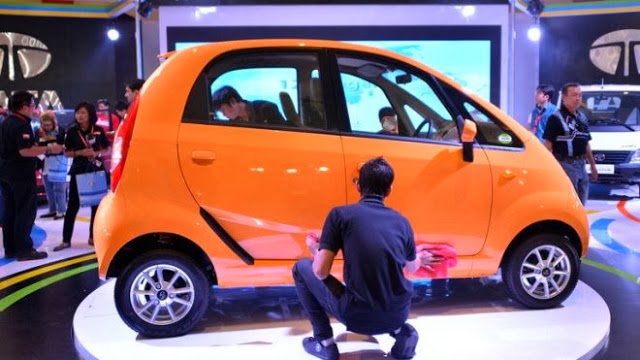 I am reminded of the well known saying, Man proposes, God disposes, which really means that people may make plans, but they cannot control the outcome of their plan. Yet for India's most publicized mini car “Nano,” I would rather re-coin this idiom as, Engineering Proposes, marketing disposes, because this is what has exactly happened to this car dreamt by one man, Mr. Ratan Tata, ex-chairman of India's Tata group, who was behind this entire corporate effort to produce a car that would be affordable for a common man in India.

It was sometime in 2005-06, when India's top vehicle manufacturer, Tata Motors, displayed it's latest creation, a car, at the Auto Expo exhibition in New Delhi, claiming that this car would be the true people's car that would be sold under one hundred thousand Rupees. During following years, the expectations rose to very high level, as the car, now named as 'Nano,' was being planned to be manufactured in a brand new factory near Kolkata on a massive scale. A 2008 study, by Indian rating agency CRISIL, thought the Nano would expand the nation's car market by 65%. 'Nano' made its debut in 2009 and Tata Motors announced plans to make 2500000 cars every year from the brand new factory that was coming up.

Things however turned sour soon. Local farmers began protesting the forced acquisition of their land for the new factory and the dispute got sucked into the political whirlwind of the state of West Bengal. Finally, Tata Motors was forced to close down the construction of the factory and shift the location to the state of Gujarat. Initially, when there was a great demand for the car, the company was not able to produce enough cars to meet the demand because of this delay.

Subsequently, when the company had built enough manufacturing capacity, something totally unexpected happened. In that year, Tata Motors was not able to sell more than 70000 'Nano' cars against company expectancy of selling 250000 cars in a year. This figure is progressively coming down. In the year 2012, in the April-October period, 43.627 Nano cars were sold by the company. This fiscal or in the year 2013, company has barely managed to sell just 12,322 Nano cars in the same period, down 71.7 per cent. In August 2013, Tata Motors made a last ditch effort and repositioned the Nano as a "smart city car" and decided to change its marketing pitch from its earlier positioning of it as the world's cheapest auto. Even this effort has failed to give desired results, as the sales numbers are just not there. It is obvious now that the project is a complete and total failure and company would have to kill the car and the brand. 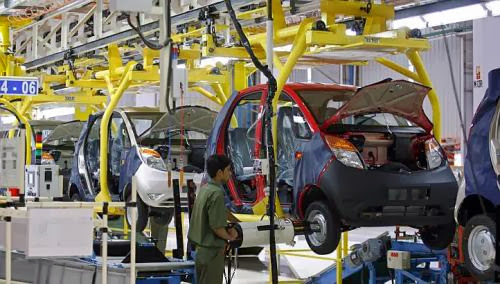 On the price front, the company was also not able to keep the price of the car below one hundred thousand Rupees due to increased material costs. It is currently available between Rs 1.45 lakh and Rs 2.65 lakh (ex-showroom Delhi) across all variants.

This week, Mr.Ratan Tata, who is now chairman emeritus of the Tata group, accepted the inevitable in an interview on TV channel, CNBC's programme, Managing Asia. He said that the Tata group may consider launching its small car Nano in a new avatar in another country like Indonesia, where it doesn't have the 'stigma' of being 'the cheapest car.'

So, what exactly went wrong with a car that was considered nothing short of being revolutionary in its design. Without any doubt, Nano's designers had delivered a machine that fulfilled all expectations. It had incorporated many innovations in the construction and was certainly a dream car for a new entrant to the car market.

I asked to myself. Would have I bought this car? My frank answer was a definite 'NO.' It was no doubt technically a very good product, had attractive shape, finish and also comfortable to sit and drive. Yet, I did not feel associating myself with something that is called as cheapest. Every car owner feels in his heart, that his neighbours must envy his car. With Nano, the reaction would have been the opposite. This has been the exact psyche of most of the car buyers in India and that is why Nano has no appeal.

I am really sad that Nano project would be killed by Tata group. They would probably launch it to market it as a changed product in Europe to tap interest on the car outside India. In India, the Nano has no future and probably would become an ideal text book case for Marketing students as how not to market a product. It is sad but the reality.