Benefits of poisoning yourself 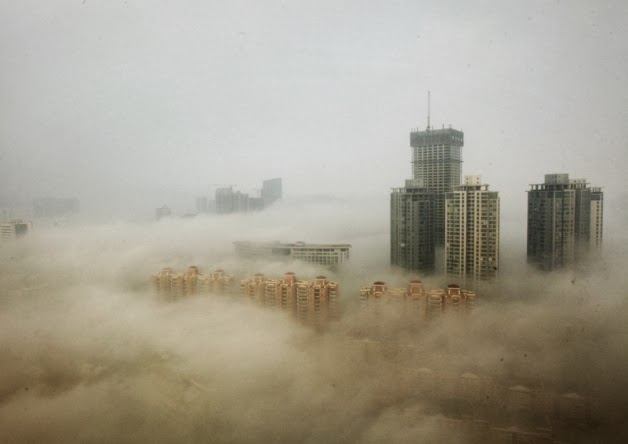 One of the sure shot remedy for getting rid of a personal worry is to look at it with a light heart or even make fun of it. I am sure that this would work for every day anxieties, but would definitely not work with real world problems and crisis, where such an attempt would only result in greater irritation and anger. For example, suppose that your child has swallowed some medicine not meant for him and someone starts telling you about the benefits of that medicare, what would be your reaction? I would definitely get irritated at the least and ask that guy to get the hell out of there for sure.

Large parts of eastern China, including its prosperous and cosmopolitan commercial capital Shanghai, have been covered in smog over the past week or so. The provincial government has cancelled flights, closed schools and forced cars off the road – and also warned children and the elderly to stay indoors. In Beijing air pollution is a perennial problem with a clear day something of a rare event. The smog is so dense that the city of Beijing can't even be seen from space. China's rapid industrialization has brought about this heavy smog everywhere. China's growth-at-all-costs economic model has poisoned much of China’s air, water and soil. 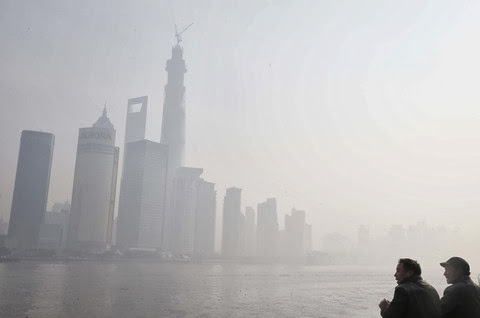 Two of China's media, state broadcaster CCTV and the widely read tabloid the Global Times, published by the Communist Party’s official People’s Daily, tried to look at the problem with a light heart, an effort aimed at China's more affluent urban population. The national broadcaster, China Central Television, came up with 'five benefits' of pollution, namely,

1 It unifies the Chinese people.

3 It raises citizen awareness of the cost of China’s

5 It makes people more knowledgeable (of things like meteorology and the English word haze).

In a similar effort, Global Times, the Communist Party-controlled paper, said that smog gave a military advantage to the country. The air pollution might help the Chinese military by obscuring sight lines and hide the country's weapons systems from radars and other surveillance equipment used by foreign countries. The article also went on to compare the smog to sand storms that reduced thermal imaging during the first Gulf War.

However, as it was apparent from the scathing criticism that was received, the efforts only manged to further irritate already aggravated Chinese people. There were angry reactions on Sina Weibo, Chinese Twitter, that said: "The smog makes CCTV look much stupider. They always treat us as fools," another Weibo user wrote. "It is a public tragedy that half of China is engulfed in smog. We should not entertain ourselves by this tragedy." Another one said that the only joke was the government's attitude towards this major problem. Peking University professor Wu Bihu expressed his discontent and twitted: "The smog crisis covering large parts of China has revealed the failure of the government's development strategy of only going after GDP (growth). CCTV is shameless in trying to cover up for their masters." Another reader, who commented, said: “But enemies wouldn’t need to resort to missile attacks if the smog continues to increase – people will simply be poisoned to death.” 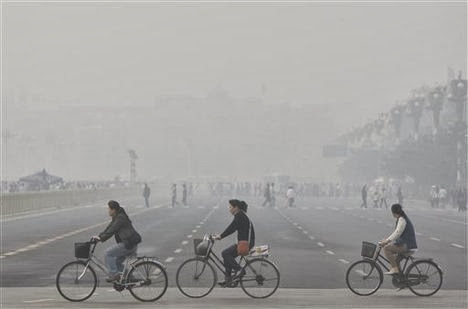 The Beijing Daily wrote that "Smog affects our breathing. We hope it does not affect our thinking. Is the smog supposed to lift if we laugh about it?” The Dongguan Times, from a heavily industrial city close to the border with Hong Kong, said: “ CCTV’s comments were so bizarre people did not know “whether to laugh or cry. There’s nothing funny about the health dangers of smog.” Finally, the main Xinhua news agency – which had initially picked up CCTV’s supposed to be funny commentary, gave in and wrote in one of its official microblogs later that it was “totally inappropriate” to make fun of air pollution. It was clear that the great experiment to laugh it off, had failed. Both the media deleted the stories from their respective websites.

Air quality in cities remains a great concern for China's leaders, anxious to douse potential unrest in urban elites. A top US environmental regulator, Gina McCarthy on a visit to Beijing, said that China was trying to deal with the same sort of problems the United States once faced. Chinese government has closed down 2,000 cement plants on the basis of pollution control rules issued recently and has asked them to upgrade their treatment facilities by mid-2014. Government says that it would come up with new rules to punish officials who are not doing enough to check pollution.

That is all fine, but the fact remains that China is one of the most polluted country in the world today and what people want is action and not jokes to take it lightly.