A fit and proper response 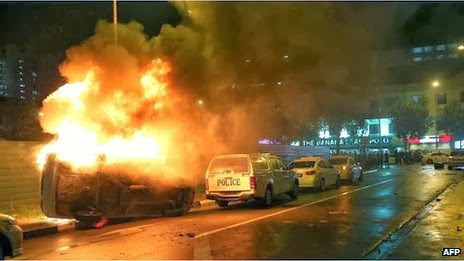 The year was 1977. For the first time in history of India as an independent nation, a non-Congress party controlled Government, headed by Mr. Morarji Desai was in power in Delhi. Loss of power had unsettled the Congress party and forced to be in opposition, they were availing every possible opportunity to create ruckus and trouble for the ruling party everywhere. On a fateful day in August, when Prime Minister Morarji Desai was on an official visit to my home town Pune, the opposition parties had decided to have a black flag demonstration against the prime minister.

Just five weeks prior to that fateful day, I had purchased a brand new Fiat car. I had driven that car on that day to Chinchwad ( one of Pune's suburbs), because I had an appointment in a factory situated there. I had parked my car near the factory gate and was in a meeting, when a mob of demonstrators hit the road in front of the factory. Initially they were walking in a peaceful procession, but as Police stopped them, in an instant, the participants became unruly and hostile and the procession disintegrated in to a mob on rampage. Someone told me about the ruckus outside and I came out of the meeting and looked outside. By this time my car that was parked outside, was over turned by the mob and someone had then started the fire. It was the worst daytime nightmare of my life for me as I saw my brand new car burning outside. Afterwords, police managed to control the violence and fire brigade managed to douse the fire, that had burnt down my brand new car.

I can never forget that terrible incidence for my life time. It was a demonstration of how mob violence escalates on the roads, in an instant. The incident was no doubt tragic for me and eventually I got over it, yet what pained me most was that in the aftermath, no action was ever taken by the police against anyone, who were rioting for damaging the car. The matter was just forgotten and I was left fighting my own battle with the insurance company to see if I can get any compensation against my losses. This is what happens in India unfortunately.

With this mental background, I was really astonished to see how fast and quickly the Police have responded to an incidence of street violence in Singapore in matter of days. The prompt action would no doubt be appreciated by law abiding and discipline loving Singaporeans but I feel that for Indians it is a lesson about how to do things?

Now just after 10 days, Singapore police have wound up their probe, completing their investigations. They say that they have taken necessary action and no more arrests or repatriations would be carried out. Singapore plans to deport 53 Indian citizens and issue warnings to about 200 more for their involvement in the riot. It also proposes to charge 28 foreign workers (all Indians again) for rioting. These 28, could face up to 7 years in prison and caning. Deported workers will be barred from returning to Singapore, once they are sent back. 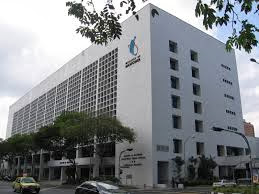 Singapore Deputy Prime Minister Teo Chee Hean issued a statement that says: "They (foreign workers) come here to earn a living and support their families in their home countries. In the process they contribute to Singapore by supplementing our need for workers.” Further the Government has confirmed that it would stick to its present policy on foreign labour.

There is no question that incidence of December 8th had hurt the pride of this nation that is so proud of its safety and orderliness record of last 40 years. But I have no doubt that the firm way in which investigation was carried out by the police and the decisions taken would act as a firm deterrent against lawlessness and rioting. Singapore has clearly shown that safety and protection of citizens and their properties is very much a state responsibility and how culprits should be brought to the book.