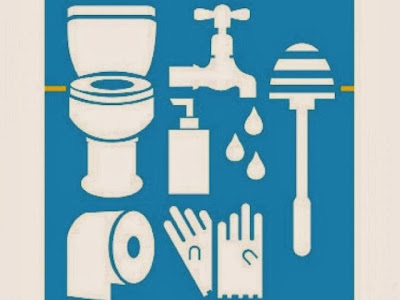 I came across an interesting bit of news today. The chief minister of the Indian state of Bihar announced today that those residents of the state, who do not have a toilet in their home, will not be allowed to contest urban local body (panchayat )elections in the state of Bihar. According to him, over twenty million families from his state, do not have a toilet in their homes but central government only aims to construct 11.1 million toilets in the state, he has therefore appealed to every financially capable person, including those associated with governmental institutions, to get toilets constructed on their premises. This statement coming after the well published statement of the chief minister of Gujarat state that India should build toilets instead of temples, touching a highly sensitive subject, shows the relevance and importance of this subject

No sane person would ever question the fact that the practice of open-air defecation, followed by many poor people in developing countries, impacts public health, education, and the environment of that country. According to world bank, more than 2.5 Billion people worldwide lack access to toilets, and one billion people practice open defecation. In India, over 600 million people or 53 per cent of Indian households defecate in the open. In fact, the experts say that absence of toilet or latrine is one of the important contributors to malnutrition.

The United Nations has dedicated November 19 to World Toilet Day to focus attention on this critical health need for 2.5 billion people in developing countries including India. To mark this day, UN General Assembly adopted a new resolution urging Member States and stakeholders to call for an end the practice of open-air defecation, which it deemed as “extremely harmful” to public health. On this occasion, two special reports were also published.

The first report has been published by the UN-hosted organisations, Water Supply and Sanitation Collaborative Council, international development organisation WaterAid and Unilever’s leading toilet brand Domestos and is titled as “We Can’t Wait.” This report highlights the stark consequences for women and girls of the lack of access to toilets or use of good hygiene practices. The report points out that one in three women worldwide, risk shame, disease, harassment and even attack because they have nowhere safe to go to the toilet and 526 million women have no choice but to go to the toilet out in the open. Women and girls living without any toilets spend 97 billion hours each year finding a place to go, the report added.

The open-air defecation is the principal cause of diarrheal diseases, which happens to be the second most common cause of death in young children in developing countries. Lack of toilets forces girls in many countries to stay home during menstruation days because of the absence of a safe place to change and clean themselves.

The second report, that was published a day earlier, comes out with a startling and quite out of the way finding that access to improved sanitation can increase children's cognitive skills, and even low-cost rural sanitation programs can support children's cognitive development. This paper is titled as 'Effects of Early-Life Exposure to Sanitation on Childhood Cognitive Skills' and has been written by lead author Dean Spears. He says: "Our research showed that six-year-olds who had been exposed to India's sanitation programme during their first year of life were more likely to recognise letters and simple numbers on learning tests than those who were not.” To support this extra ordinary observation, Jaehyang So, manager of the World Bank's Water and Sanitation Project, says in a statement released on 18 November 2013: "Open defecation lies at the root of many development challenges, as poor sanitation and lack of access to toilets impact public health, education, and the environment. This recent study joins a growing body of evidence indicating that open defecation harms infants and stunts the growth of young bodies and minds." 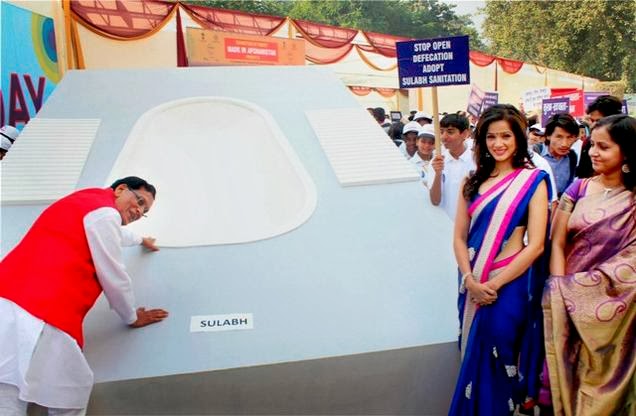 The problem of open-air defecation however can not be just solved by building toilets, though this happens to be the first and most crucial stage. Most of the villages in India do not have running water and if the toilets can not be supplied with water, they are not of much use. Any programme to build toilets must therefore be associated also with assured water supply schemes. There is also a huge mental block with many villagers, who feel that the traditional method of open-air defecation is cleaner and better.

About a year back, the Bill And Melinda Gates Foundation held a “Reinvent the Toilet” competition, which saw the advent of new innovations in toilet mechanisms. However none of the designs have found any practical use so far.