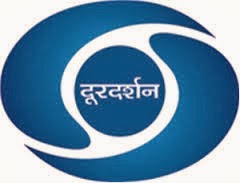 A few years back, during my stay in US, I often watched (perhaps because there was nothing better to do.) television new channels such as CBS, NBC, Fox news or Headlines news (now called as HLN) available to viewers in US. To be frank, I never felt satisfied watching the news there. In a typical new broadcast, they would devote 60 to 70 % of their newscast time on news about local crimes such as muggings, murders, rapes and street brawls, 20 to 30 % of the time on local politics and sports and remaining time of few minutes on news of any real significance. I also came across the concept of 'Breaking news,' for the first time, though most of the news under this category was always stale. I had then thought that after all I was a foreigner and my interests were bound to be different from what locals wanted to see on their TV and the channels perhaps are satisfying the needs of the community. 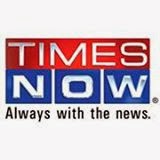 The TV in India of those days, was vastly different from that of today There was a single channel called 'Doordarshan,' which happened to be state monopoly and was being run by a Government ministry in Delhi in a typical socialist pattern. Newscasts on Doordarshan were extremely dull and included boring discussions that could always induce sleep in the viewer within few minutes. The news was always scrutinized to see whether it confirmed to the broadcast rules set by the Government. No views or expressions that would be contrary to Government line or news about any scam in the Government was ever allowed. 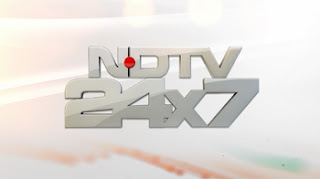 But advent of cable TV changed all that. Slowly there was a plethora of TV channels available. Government was initially very reluctant to allow private TV channels to broadcast news as it was scared that anti Government views would be transmitted on air. Finally, Government gave in and Private news networks slowly developed. To day, we have in India, a plethora or a bouquet of news channels that broadcast news not only in English or Hindi but in most of the regional languages too. This has been a healthy trend for our democracy too because almost any point of view can be aired now. 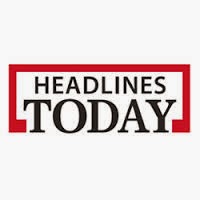 Unfortunately, a new trend has developed lately in English language news channels in India besides the gimmick of dishing out some stale news items under the garb of 'Breaking news.' As an example let me give you from what was being discussed in the prime time slot at 9 PM on Five major TV channels during last four days. From the TV news discussions in the prime time on these channels, it would appear to anyone that the most important national events ( in the order of priority) that are taking place in this country of 1.25 Billion people are as follows:

*Alleged rape of a young female assistant editor by the middle aged chief editor of an investigative news portal during some kind of conference in Goa.

* Trial of a wealthy couple (both are dentists.) living near Delhi for murder of their own 13 year old daughter and a house servant and their subsequent conviction.

* Alleged watch ordered by an erstwhile home minister of a state of a young female architect at request of her father, who felt that she was under threat. Father accepts that he had requested this and the young woman has no complaints. 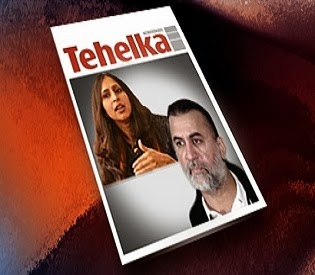 For last four days, out of all major English language news channels, almost all were found to be discussing about above three items of news in the prime time, even when very crucial state elections are being conducted at this time and people are expecting a major political upheaval in the country. I found only one channel broadcasting a programme about elections in a state, in prime time during last four days.

I find it grossly wrong that national media have been wasting their prime time slots on crime news instead of talking about matters of national interest. This, according to me is not a healthy sign at all and soon we may have a situation, where electronic media would loose their relevance and credibility and like 'Doordarshan' days of past, we would again have to depend on BBC and CNN to give us an objective and true picture of the happenings.

If this is not yellow journalism, then what is it? Danger signs are all there.