The launch and beyond 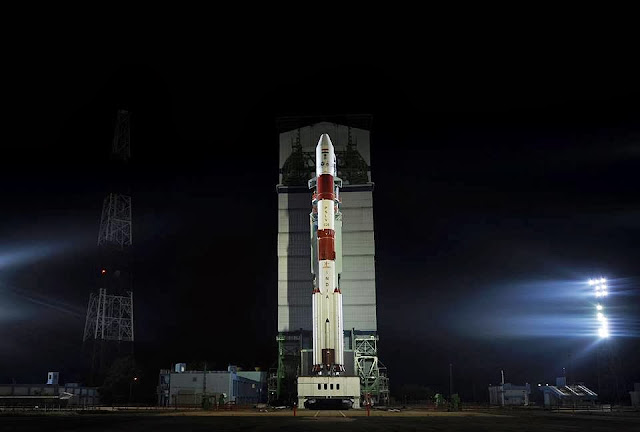 On a bright sunny Tuesday afternoon, as millions of Indians, glued to their television sets watched spell bound, India's giant PSLV rocket rose majestically from its launch pad on east coast of India, carrying with it, India's 1350 Kg maiden spacecraft bound for Mars. About 40 minutes later, mission director announced that the rocket has placed the Mars orbiter spacecraft into an elliptical orbit around earth with shortest distance to earth of 350 Km approximately and longest distance of 23000 Km. Later around 3.50 PM, ISRO announced that the solar panels on board were deployed successfully. 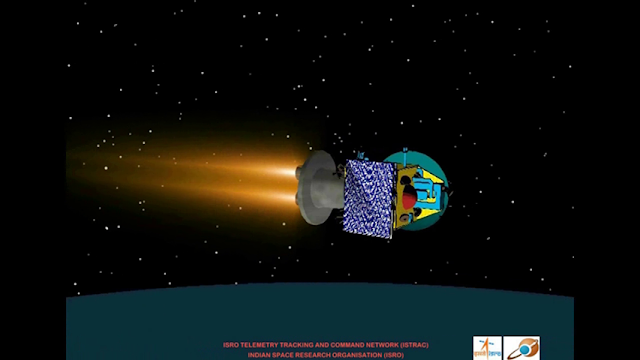 The spacecraft was launched exactly at 2.38 PM, because the launch had to be within time window of exactly 5 minutes from 2.38 p.m. to 2.43 p.m.. If there had been some delay, the launch would have required to be postponed to next day. Also if there was a postponement, for each day, the launch time would have to be advanced by 6-9 minutes. There was also an overall deadline, until November 19, this year. The next best time was there only after another 26 months. 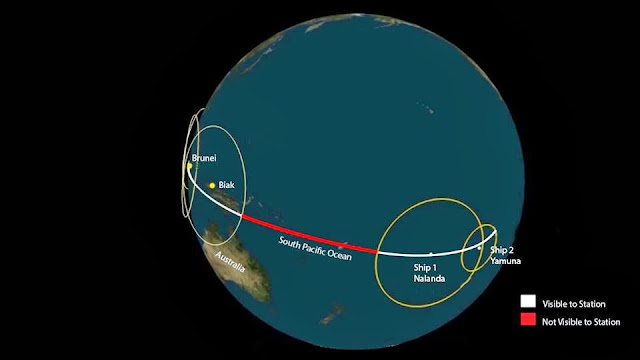 The complexities for a mission to Mars are so vast that it can not be even compared to a normal satellite launch mission. The mission was set earlier for 26th of October, but a tracking ship reached its watch post near Fiji late due to stormy weather and the entire launch had to be delayed. Considering all eventualities and possible delays, ISRO scientists had readied their calendar for each of the days on which a launch was feasible. Since there was just one opportunity on a day. For each lift-off time, they had kept a new steering programme ready, along with a new trajectory design. 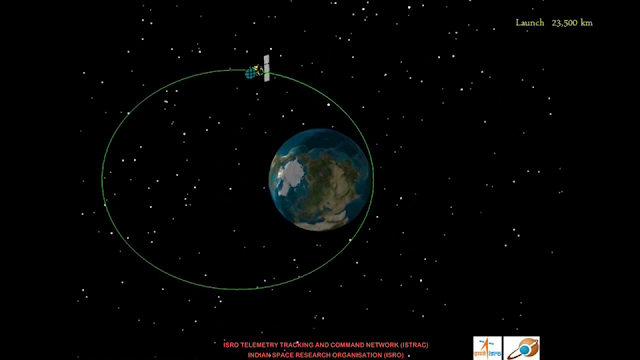 The launch of the Mars orbiter is a classic example of Indian ingenuity of overcoming difficulties that normally would have obvious high cost and high technology solutions. One of the major problems of any inter planetary travel from earth, is that the spacecraft requires to attain a high escape velocity to escape from earths gravitational force. All previous launches by other countries like US, have used large rockets with high payload capacities to give this escape velocity to the spacecraft. India had two problems here. In the first place ISRO has not yet succeeded in launching it's high payload GSLV rocket. Just few months back, a leaky valve forced the scientists to abort the GSLV mission. This means that India simple does not have a large payload rocket. Secondly with no direct commercial benefits accruing from a Mars mission, it would have been a tough choice to use a foreign launch rocket for the mission, which in any case has prohibitive cost. Just to give a comparison, India's Mars mission, with a budget of $73 million, is far cheaper than comparable missions including NASA's $671 million Maven satellite that is expected to set off for Mars later in November. 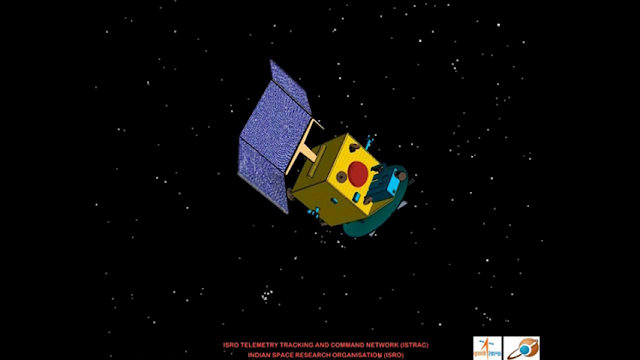 To solve this difficulty, Indian scientists decided to put the spacecraft into an elliptical orbit around the earth and then speed it up by firing few bursts of an board engine on the space craft itself. This would also expand the apogee (longest distance from earth.) These remaining orbit expansions would all be done around 2 AM on November 7, 9, 11 and 16, until the spacecraft’s apogee (farthest point from Earth in its elliptical orbit), reaches 1.92 hundred thousand Kilometers. The crucial first orbit raising exercise would happen on 7th November at 1.15AM and the last on December 1 at 12.42 AM. At this point of ime, the spacecraft would be launched into an hyperbolic trajectory so that it approaches the Martian orbit in a tangential direction. After about 9 months it would be launched into a Martian orbit on 24th September 2014 by slowing down, at a point about 573473 Kilometers away from surface of Mars after travelling a distance of 422 Million miles. 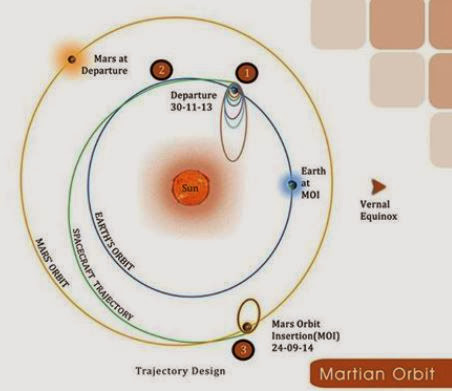 In scientific research, comparisons are futile, yet some western media were quick to comment that the mission, if successful, would be a technological leap that would propel India ahead of space rivals China and Japan in the field of interplanetary exploration. But as Prof Andrew Coates, from the UK's Mullard Space Science Laboratory, says and I quote; "I think this mission really brings India to the table of international space exploration. Interplanetary exploration is certainly not trivial to do, and [India] has found some interesting scientific niches to make some measurements in."

Indians are not really bothered, whether they have shot ahead of a country X or Y at the moment, they just appear to be rejoicing the glory and pride of an extra ordinary and proud national moment, even though few spoil sport, constipated faces are seen questioning the basic purpose of this mission itself.