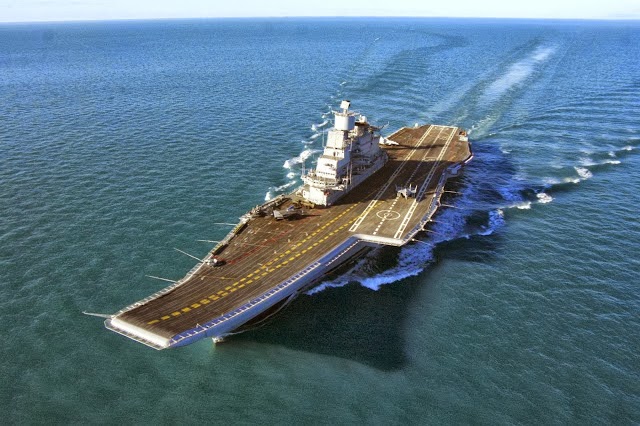 No defence deal signed by India so far, has had such a long and tortuous journey. The Soviet Naval fleet inducted this ship Gorshkov in 1987 but decommissioned it in 1996 after it found that it could no longer affiord the high costs in the post-Cold War era. Russia then offered the partly damaged ship to India as a free "gift" in 1994. India was expected to arrange funding towards the costs for refit and fighter planes on board. In January 2004, a deal was signed for US$ 1.5 Billion consisting of $974 package for refitting and rest amount for 16 Nos. of MiG-29K aircraft. The ship was supposed to be delivered by August 2008.

Then the Russians found out that the refitting costs have been grossly undervalued and wanted the contract to be renegotiated. What followed were series of negotiations, amid bitter wrangling, which brought distinct chill in the bilateral ties and the relations between two countries. Finally, a fresh deal was done in 2010. The refit costs were now agreed to $2.33 billion and another $2 billion as cost for 45 MiG-29K aircraft was agreed. The ship was to be delivered by December 2012. 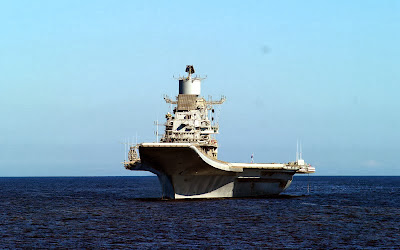 The ship yard completed the refitting job well in advance for the sea trial of the ship starting September 2012. However there were more hiccups to follow. In first week of October 2012, Indian media reported that the sea trials were not satisfactory. There were reports of ship's boilers malfunctioning and some other gear on board like nitrogen generators, refrigerators and boilers found defective. This was a huge embarrassment for the Russians, as the delay in commissioning the ship had reached to the level of the Russian president and he had intervened personally to get the much delayed project back on rails.

After the ship returned to the yard it was found that the reports of the defects found, were much exaggerated. The malfunctioning of the boilers that occurred during high-speed tests has been pinned down to a new insulation material placed between the boiler steel casing and the outer firebricks, instead of conventional asbestos lining. This was done at India's request. Slight deformation was observed in this replacement material. No replacement or removal of the boilers was required. India agreed to replace the new insulation lining materials with conventional asbestos materials. 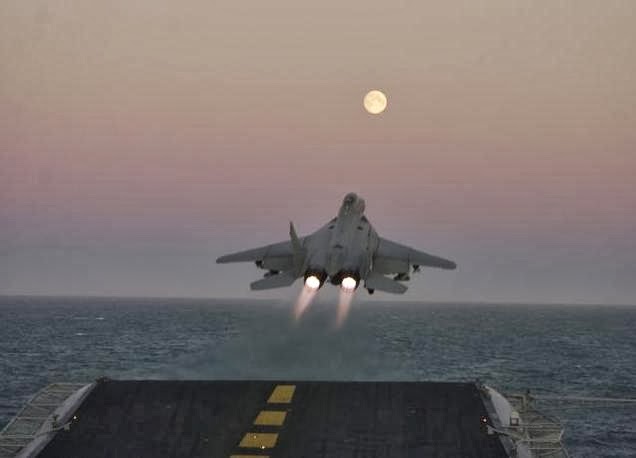 However, boiler insulation modification work at this stage, meant a further delay in handing over the ship by about six months. The Flight trials or landing of fighter aircraft on the ship’s deck, were suspended due to the onset of near-Arctic conditions in the Russian north. The trials resumed only in April 2013, when the weather improved. The sea trials were completed in July 2013, when the ship achieved its top speed of 32 knots. Later, by September end, coming as a big relief to Indian Navy, even aviation trials were successfully completed. A team of 20 officers of the Indian Navy were present for observation as fighter jets, flown by the Russian pilots, landed and took off from the deck and performed all other exercises, like touch-and-go, and flight profiles. The extensive sea trials of INS Vikramaditya were now totally completed in all respects. 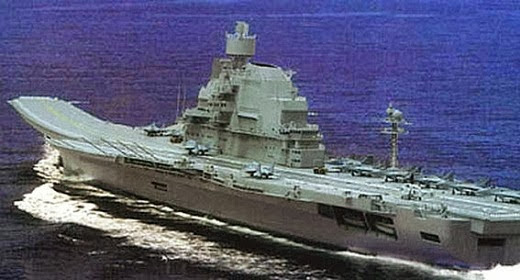 The aircraft carrier is expected to arrive in India by middle of December or about a month after it is commissioned and is expected to be based in Karwar Naval base on west coast of India. Once it arrives in India and becomes fully operational with MiG-29K aircraft being flown by Indian pilots from its deck, "INS Vikramaditya surely will be a game-changer.

In the geostrategic game, everything depends on how a country projects its potential power. An aircraft carrier capable of moving 600 nautical miles in a day and ready to unleash its fighters, helicopters, missiles to take the battle to an enemy's shores, is perhaps the best way to project the country's power. The US has as many as 11 Nimitz-class "super-carriers" deployed around the globe. Each is over 94,000-tonne, powered by two nuclear reactors and capable of carrying 80-90 fighters. Therefor INS Vikramaditya is very much likely to be in the forefront of Indian military diplomacy as it patrols the seas to guard the country's strategic interests.