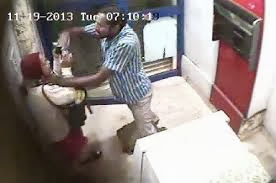 If there is one thing that I always  shudder to think about; it is withdrawing cash from a bank or an ATM. Whenever I realise that I am short of cash and I would have to visit a bank, I become tense and uneasy, even when I know that it is my own money and I have every right to withdraw it from the bank. Though I have been doing it for years and years, it still gives me goosebumps.

Last week a young woman was attacked, while withdrawing money from an ATM, early in the morning, in the Indian city of Bengaluru. This incident has brought to fore again, the risks and dangers that can await anyone while carrying out this mundane task. This incident really set me thinking and I realised that I have had so much varied experiences in withdrawing cash that the readers might find it very interesting.

It all started when I took up a job as a young engineer way back in 1960's. I worked in an office that was located in Mumbai's posh Nariman point area. Since our company had told us that our salaries would be directly credited to our bank accounts, it became necessary to open an account in a bank branch nearby so that I could withdraw cash during my lunch recesses. I opened an account in a bank nearby known as 'UCO Bank.' Banks were not nationalised then and this bank belonged to an Industrial conglomerate controlled by Birla group. When I was told by end of the month that my salary was credited to my account, I went to the bank. I found that withdrawing money from this bank branch was a nightmarish affair. The bank had number of cages where its staff sat. After a cheque was submitted to a clerk, he would give back a brass token with a number engraved on it. It would take about half an hour to reach the cashier, who would then call names on a public address system. I had to enter another cage and return the brass token to get my cash. The whole experience gave a distinct feeling of being unwanted in the bank. Very soon, when a branch of 'First national city bank, opened in the same building, where my office was located, I shifted my account there. This bank was just opposite of the earlier bank. Everyone including the cashier sat in open and there was a teller system. Being a new branch, sometimes they did not even had bank ledgers with them. So when a customer wanted to withdraw cash, they would telephone head office, find out the cash balance in the account and simply handed over the cash. By so far this was the most pleasant banking experience for me.

In those days, if one travelled abroad, one had to carry what was called as Traveller's cheques, which were encashable in the local currency at a bank. Once, a bank in France refused to encash my traveller's cheque because they said my passport had a worn look and asked me to go to their head office. A bank in US insisted in giving me 100 Dollar bills only, when I pleaded for 10 or 20 Dollar bills. There would always be few moments of tension and suspense as the foreign bankers examined my traveller's cheque as if that piece of paper has come from another planet and most reluctantly would part with their cash. 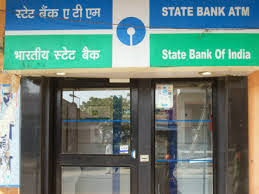 Later, computerisation came to the banks and ledgers were substituted and new ATM machines came up. I can not say that with these modern gadgets, my anxiety, when withdrawing cash, really diminished in any way, it actually got enhanced. Here are some of my ATM experiences. Firstly a word or two about the machines themselves. ATM machines have no standardisation at all. Some machines require your debit card to be kept inserted all through the transaction time, whereas some machines require it to be inserted and removed back immediately. Some machines want you to prove that you are not a robot and ask you to punch a two digit number before you can actually commence the transaction operation. Some machines ask your preferred language. All this really confuses me so much that even after having used the ATM, hundred's of times, I am still a bundle of nerves, while entering an ATM machine kiosk. About 2 years back I was visiting Leh city, capital of India's northernmost region, Ladakh. While planning for the trip I had estimated that I would need around 30000 Rupees for food and shopping expenses there. I took 10000 Rupees cash with me and thought that I would withdraw balance amount from an ATM there, a decision which later I regretted much. Leh is a city of 100000 people with as many tourists at any given time. This city unfortunately has just 4 ATM machines. Almost at any time of the day, there is a queue of at least 100 or 150 people in front of the ATM machines. I had to make at least two attempts and waste several hours to get cash. Besides the ATM's are so badly managed there that when one stands before a machine, at least 4 people keep looking at the data he is putting in the machine. After that unpleasant experience, I have always started carrying cash around instead of debit cards, when I travel.

One State bank ATM Kiosk, which I frequent, has a machine which behaves according to its own whims and fancies. Sometimes I get a message that my debit card is unauthorised. Another ATM kiosk set up by Bank of India, also has a accounts statement printer machine standing next to it. There are always other people in the kiosk snooping on you, when you withdraw cash, which makes one feel insecure.

So what should we do? I suppose there is no alternative to using ATM's, but if one follows these norms, which I follow strictly, the chances of happening something similar to what happened to a young lady in Bengaluru city last week are extremely rare. My first rule is to visit the ATM as far as possible during working hours. I never withdraw cash in evenings, early mornings or nights. Sometimes, this may not be possible, I would then choose a ATM which is not located in a remote place. If I have to withdraw large amounts of cash, I go to the bank itself and normally request someone from the family to go with me. Visiting ATM's in strange, unfamiliar places and that too at night is an open invitation to anti social elements.

ATM's no doubt bring lots of convenience to our day to day life. We should treat them with respect and caution.