No veils please! We are Chinese! 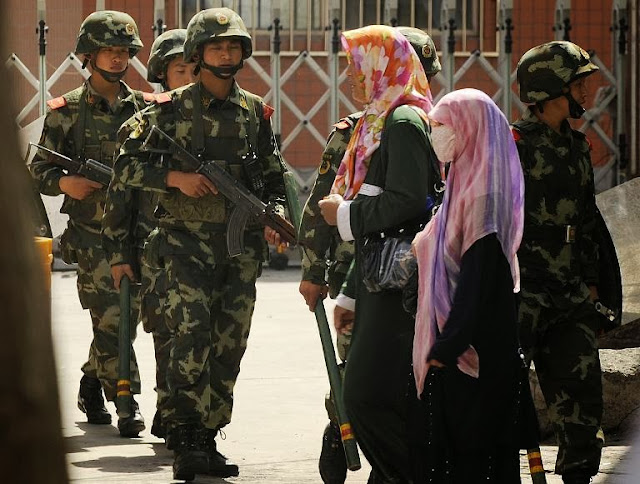 Chinese authorities have officially launched an unusual project named as ' Xinjiang beauty project' in the westernmost province of Xinjiang. Under this project a campaign called as 'Project Beauty campaign' has been launched in the capital city of Kashgar, which aims to discourage women from covering their faces in an attempt to improve security. Everywhere in the city, authorities have set up booths with female employees to check veiled women. If they find any women wearing a veil, officials stop them, register their names and addresses and put them through a short re-education programme, which also consists of watching a short film about the joys of exposing their faces.

Though “Project Beauty” booths could be seen around the city, there is no official word about any ban for the obvious reasons of getting the move backfired. It appears that to enter government offices, banks or courts, women have to remove their veils and men must shave off their beards. The campaign staff have instructed tailors in the city not to make the full-length robes for women, often worn with face coverings. In Hotan, another predominantly Uighur city in Xinjiang, about 500 kilometres to the east of Kashgar, at least one hospital received government forms to report back on veiled patients. A Xinjiang government web portal featuring Project Beauty says nothing about banning veils but lists its goals as promoting local beauty products and other goods, and encouraging women to be “practitioners of modern culture. The Communist party newspaper ' The Xinjiang Daily,' had already warned in an opinion piece about the potential dangers of Islamic dress. It came up with quite a humorous argument though: “Some people with ulterior motives are distorting religious teachings and inciting young people to do jihad. Black robes induce depression and scare babies.” 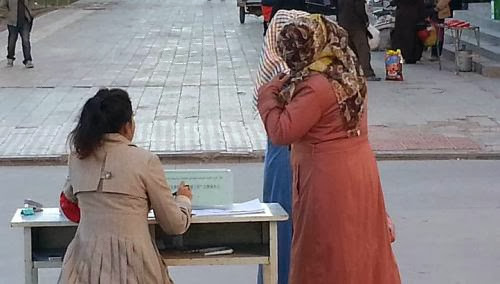 Xinjiang is one of the largest province in China, sandwiched between parts of Pakistan held Kashmir towards west and and Central Asia region in China. It came under Chinese control for the first time in Qing dynasty period in the late 1800s. The largest ethnic group in Xinjiang region are known as Uighur people, who are of central Asian origins and follow Islamic religion. Uighur women do not wear Saudi-style black fabric cloaking covering all of their bodies except for their eyes. They wear bright scarves draped stylishly over hairdos that leave their necks exposed.

This beauty project, taken up by the Chinese Government can no way be considered as a first attempt of unveiling Uighur women. They have been trying to do this since 1949 periodically. In the 1960's and 1970's woman's headgear was even banned. But every effort to impose the ban has failed due to stiff resistance of the Uighur people, who consider it cultural oppression and intrusive security measures by Chinese rulers. In the 1980's, restrictions were relaxed as China opened up, but have been tightened again in the 1990's after religiously tinged protests broke out. 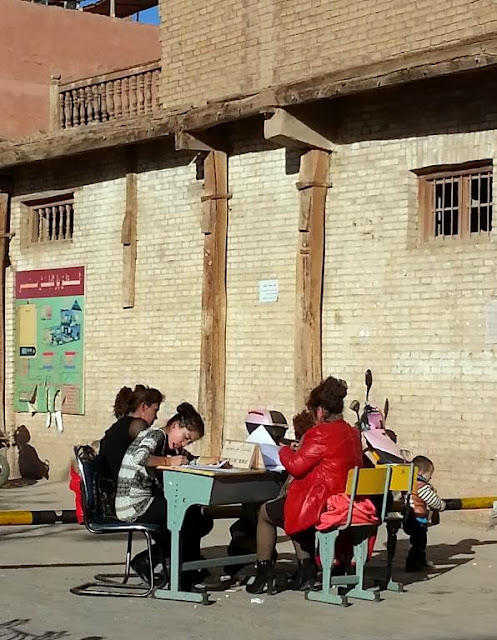 The present drive though appears to be more of a reaction after a deadly attack in Beijing’s Tiananmen Square last month, that police have blamed on Uighur jihadi's. In April 2013, a mob of Uighurs attacked police in Maralbishi County, outside Kashgar, leaving 21 people dead. According to Uighur sources this incident happened because an official tried to force a woman to remove her veil, and people got upset.

Perhaps the Chinese government is trying to curb the influence of activists of the East Turkmenistan Islamic Movement, who use fundamental Islamic tenets to take forward the separatist cause of creating a nation out of Xinjiang from China by implementing such measures. However it is highly unlikely that efficacy of such measures that directly affect the religious beliefs of the people, would bring desired results. The local government, at a place in Xinjiang, was forced to remove from its website, a notice it had posted against the practice of veils and long beards for men because of the increasing resentment against the move. The Chinese Government appears to be playing in the hands of the extremists as this move would just probably increase the resentment of the Uighur population against the Chinese Government and that is the desired goal of the extremists.