Mischief mongering at its worst 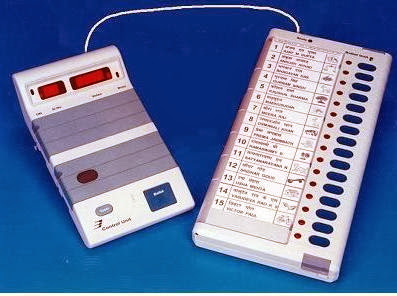 India happens to be one of the few countries ( that can be counted by the fingers on a hand,) that use electronic voting machines (EVM) for elections. According to my knowledge, Brazil, Bhutan and US to some extent, are the only other countries that use such machines. The EVM used by India ever since 2004, is described on the web site of 'Election Commission of India' as :

This web site also claims that EVM's are absolutely safe and temper proof and the experience of many elections conducted over last 9 years, at various levels, adequately confirms this claim to be quite true. As expected, elections being a highly sensitive subject, doubts and queries about possible malfunctioning and defects in the EVM's have been raised over last 9 years from all over India. All the concerns and issues have been well addressed by the Election commission of India and today EVM's are very much accepted pieces of electronic equipment. 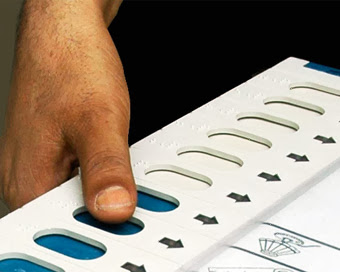 However there never has been no dearth of self professed experts in India, who believe that they can cheat any piece of equipment or machinery with their superior expert knowledge. One such expert has surfaced in Surkhi town from Madhya Pradesh state, who claims that he can cheat an EVM. He is a local resident and his name has been reported as C.P.Singh. 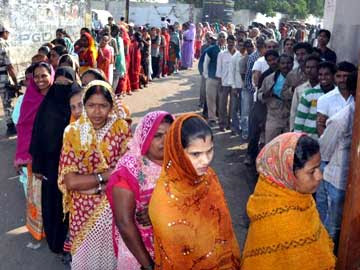 Last week elections were held in Madhya Pradesh state for electing the next Government that would rule this state for next 5 years. On November 21st, this Mr. Singh contacted one of the candidates from Surkhi constituency and asked for an appointment. He told the candidate that he can arrange to manipulate upto 3 AVM's with a single remote control. Subsequently he sent several (at least 10) messages to the candidate's cellphone. These messages read like this: “He can use this device to delete all votes from the EVM." or another one that says: “Manipulation can still be done. The EVM memory can be formatted, but it could have an adverse effect too. I have worked in an EVM manufacturing company.”
Quite sure about the reliability of the AVM's, the candidate paid no heed to the messages and went about with his work.

The voting was carried out in Surkhi constituency on 25th November 2013. Alarm bells started ringing all over the state, when an electronic device was discovered below an EVM at a remote booth in Sagar town. This device, larger than the size of a standard mobile sim card along with three small batteries, was found wrapped in black cloth and was kept below the EVM by someone.

Immediately, rumours about a conspiracy theory were afloat. While some parties again came back with old accusations that EVMs could be tampered with, Surkhi constituency candidate, who had received call and messages from C.P.Singh immediately tried to contact him but the man was suddenly absconding. He says: "Singh is on the run ever since I sent my driver to his house to inquire about the device.” When he found that this C.P.Singh had disappeared, he reported the matter to the police. District Superintendent of Police says that they have launched a hunt for this C.P.Singh, who has since sneaked into neighbouring state of Gujarat. However the police are trying to hunt him down.

According to some so called electronic experts, this rigging device works in this fashion. This device has a 2 mm X 2 mm electronic chip that can receive signals from a distance of 100 meters. Fair enough! But the next part of how this device is supposed to work does not appear to be believable, yet goes like this. The EVM's incorporate a similar chip. A candidate's 'number' can allegedly be transmitted to the EVM from a distance any time before counting and the machines can change the votes inside. This leaves no traces and ensures that the candidate whose number has been transmitted gets highest votes.

Since I have no idea about the exact system architecture inside an EVM, I find it difficult to predict whether the explanation given by these experts would work in reality or not. Yet from my little and now obsolete knowledge of electronics, I think that this whole idea appears to be just a case of fertile imagination. I agree that theoretically it is possible to destroy data in a digital chip with intense electromagnets radiation, but the level of radiation and way it is to be applied, requires such elaborate equipment that it is impossible to do this in a voting machine. Besides I have my own doubts, whether EVM's can accept data in wireless form, their entire functioning and logic being based on inputs from mechanical push button switches.

This appears to me as a clear case of mischief mongering and trying to create confusion amongst people. I would tend to agree with what Chief electoral officer in charge of Madhya Pradesh elections, who claims that the EVM machines are tamper-proof. And there is no need to worry. In any case the truth would be soon out on 8th Decemeber 2013, when votes would be counted.